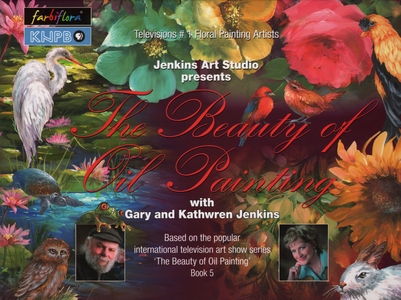 The Beauty of Oil Painting: Book 5

This book and TV series has a wide range of subjects, plus more of Gary’s favorite subjects of Roses and Poppies. In this book Gary tries to do something different by painting technique breakdowns of some of the elements in a few of the paintings, such as the turtle, small birds, frogs, vase and many vase. Hopefully these technique breakdowns will help you when working on your paintings.