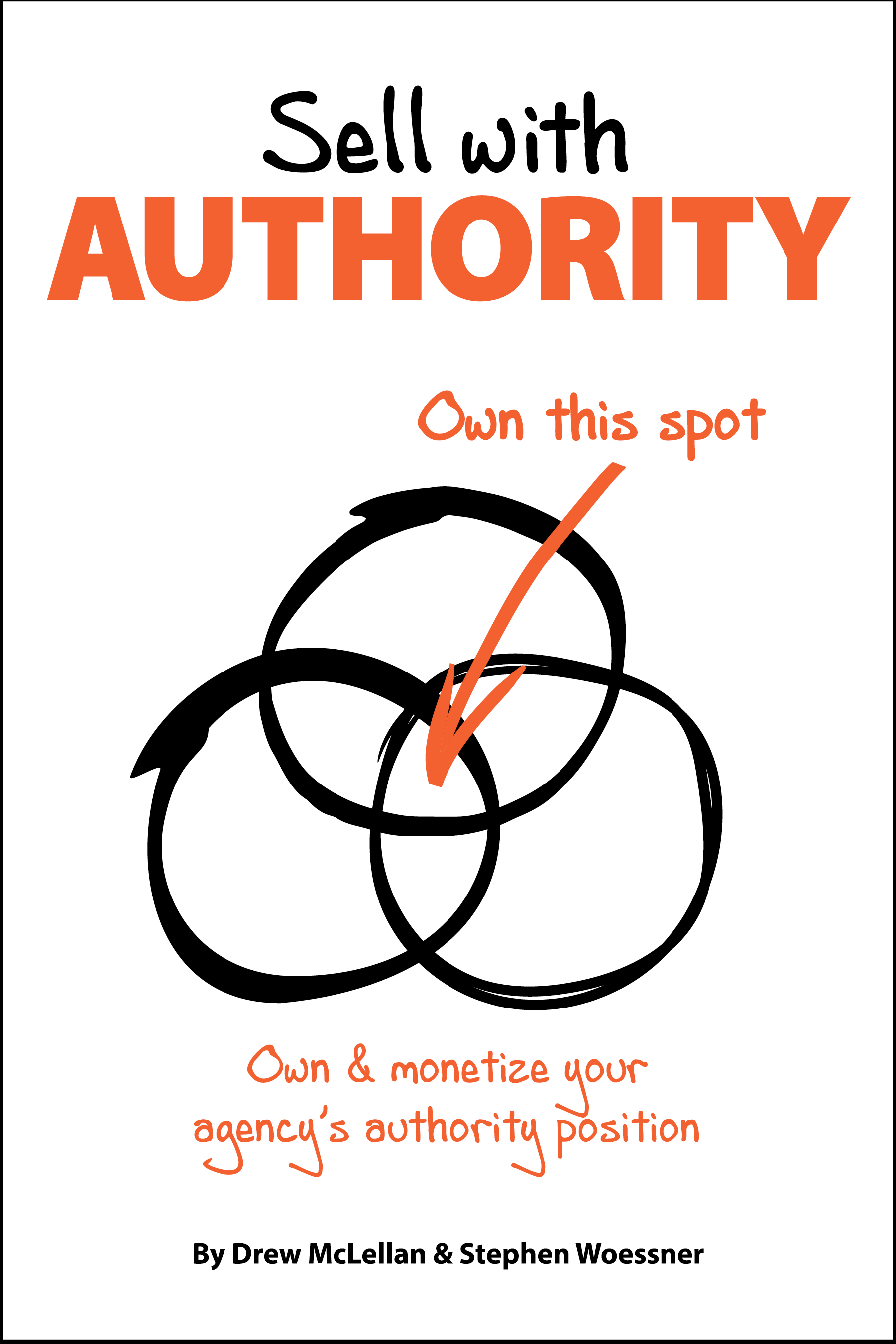 Own and Monetize Your Agency's Authority Position

If your agency's future is tied to making stuff, then you're destined to be on a perpetual financial roller coaster. Someone will always make stuff less expensively than you can. We're entering the era of the authority. While you may already be sick of the phrase thought leader, the truth is there aren't that many of them in our industry. Thought leaders don't write content that any other agency could claim. Thought leaders don't write about anything and everything and thought leaders don't compete on price. And their time is now. Experts are afforded the highest level of confidence and trust because they have a depth of knowledge that can't be denied or easily replicated. Why wouldn't we capitalize on that, as opposed to writing generic marketing tip posts that look like every other agency's content? Agencies are at the cusp of a huge shift, and if you take full advantage now, you're going to be tough to catch. You can own an authority position that will future-proof your agency.

Drew McLellan has worked in advertising for over 25 years and started his own agency in 1995 after a five-year stint at Y&R. He also owns and runs Agency Management Institute (AMI), serving more than 250 small to mid-sized agencies annually, helping them build agencies that are sustainable, scalable, and profitable. Drew often appears Forbes, Entrepreneur Magazine, New York Times, AdAge, CNN, Businessweek, and many others. The Wall Street Journal calls him "one of 10 bloggers every entrepreneur should read."Stephen Woessner founded Predictive ROI in 1999 and remains its CEO and owner. He's also hosts Onward Nation - a top-rated podcast focused on how today's top business owners think, act, and achieve their goals. Stephen is the author of four books, including the #1 best selling Profitable Podcasting. His digital marketing insights have also been featured in Entrepreneur.com, Forbes.com, The Washington Post, and Inc. Magazine.