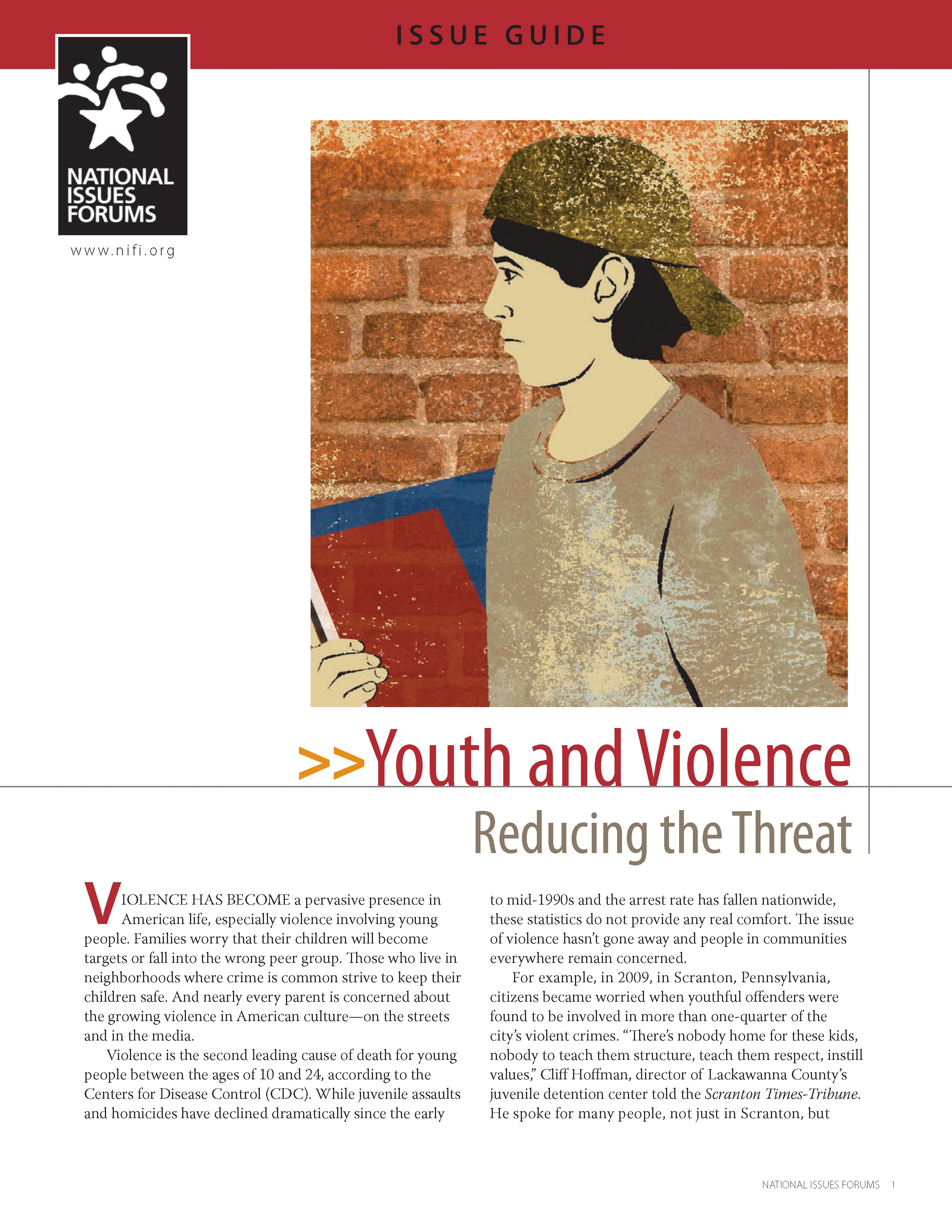 Youth and Violence: Reducing the Threat

Violence has become a pervasive presence in American life, especially violence involving young people. Whether it manifests itself on the screen or on the streets, the central and most urgent question remains: how can we reduce violence in the lives of young people?

Like the other nonpartisan guides used by participants in National Issues Forums, Youth and Violence: Reducing the Threat can be used in communities to stimulate public deliberation and inform collective action, as well as in educational settings to introduce students to their role as citizens and to develop a more informed electorate.

Should we hold juveniles and adults equally accountable for commiting serious crimes? What role does today’s popular culture play in sparking juvenile offenders? Does today’s popular culture play a role in making violent behavior seem acceptable to many juvenile offenders? To help citizens consider these and other tough questions, this discussion guide breaks the issue down to some fundamental public policy perspectives, or options. Each option offers a different diagnosis of what’s wrong, based on views and priorities voiced by many Americans in studies and surveys. Each option also provides a direction for public action. These options include ideas and proposals drawn from across the political spectrum. While some elements of the options are readily mixed, others are not, as each has its own priorities and agenda.

Option One: Society and parents must hold juveniles to a reasonable standard of lawful and civilized behavior. Children and teens who are violent need to face clear consequences; parents need to be held accountable as well.

Option Two: We need to intervene early in families with troubled children who are violent or at risk of engaging in violent acts. Violent juveniles often inflict pain on others, but they are still children, after all. Their poor decisions can be blamed, in part, on their youth.

Option Three: Violence and images of violence are pervasive in American culture—on the streets and in the media. It sends the message that violence is normal and that bullying—an increasing problem—is a routine part of childhood. The key to reducing juvenile violence is to change the environment in which our children grow up.