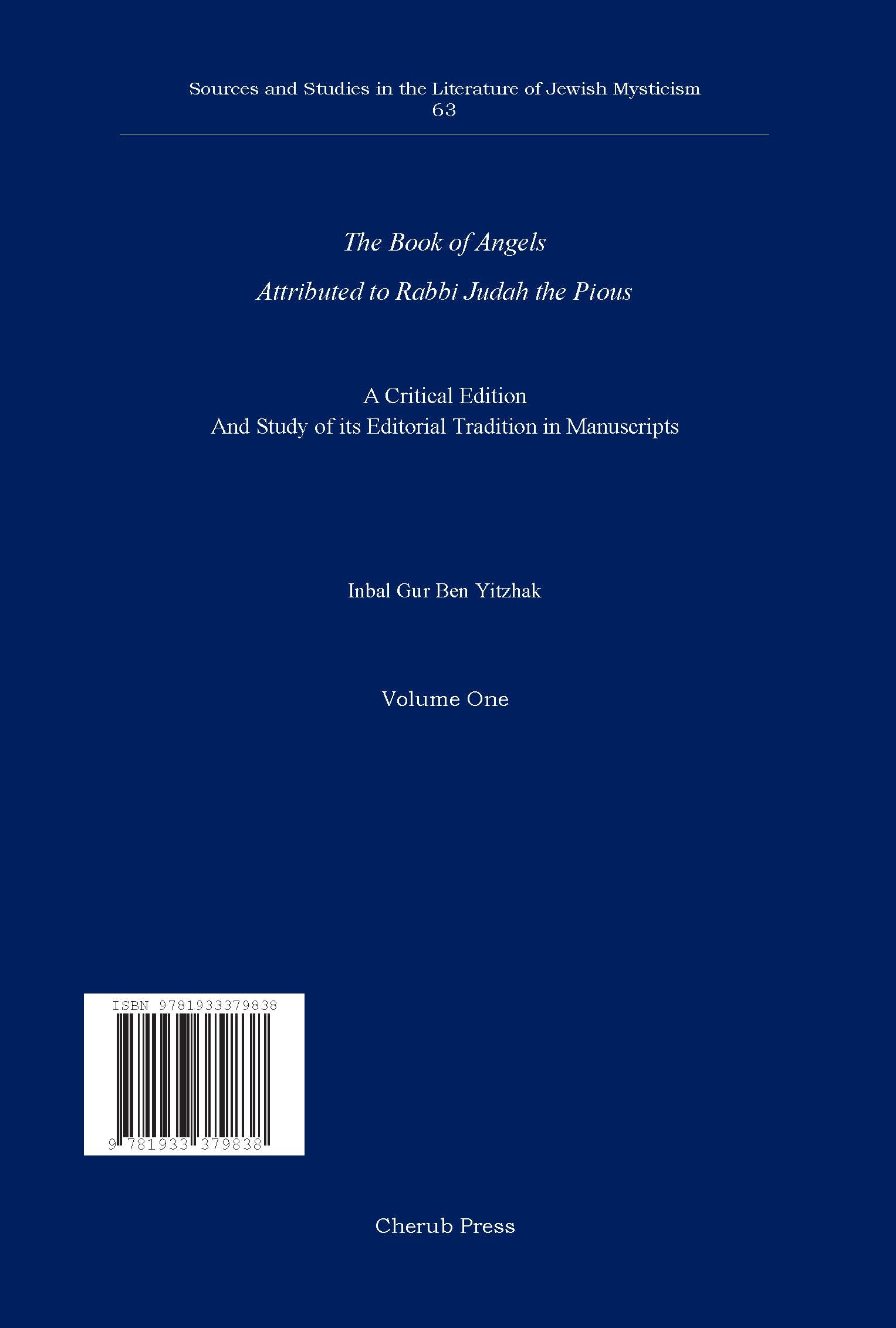 The Book of Angels Attributed to Rabbi Judah the Pious

A Critical Edition and Study of its Editorial Tradition in Manuscripts

This book offers a study of texts attributed to Rabbi Judah the Pious in manuscript and presents a critical edition to The Book of Angels that is based on Ms. Vienna 236 (Ms. Shonak 3, copied in the 15th century) with three other versions from additional manuscript witnesses. The study provides a review of the research regarding R. Judah and investigates the way R. Judah was invented as an author. Further, this study deals with the editorial tradition of the German Pietists. Likewise, the study defends the methodological choice implemented in this edition of these manuscript texts of the German Pietists. The first volume contains an historical and philological inquiry. The second volume contains the critical edition. First, an edition of Ms. Vienna 236 is presented which is followed by a description and commentary of the text. Then, an edition of the text copied Ms. Oxford, Opp. 540 (Neubauer 1567) is presented, followed by a synoptic edition of all the witnesses. Finally, the study offers a list of manuscript works attributed to R. Judah the Pious. IN HEBREW, SOLD ONLY AS A TWO VOLUME SET