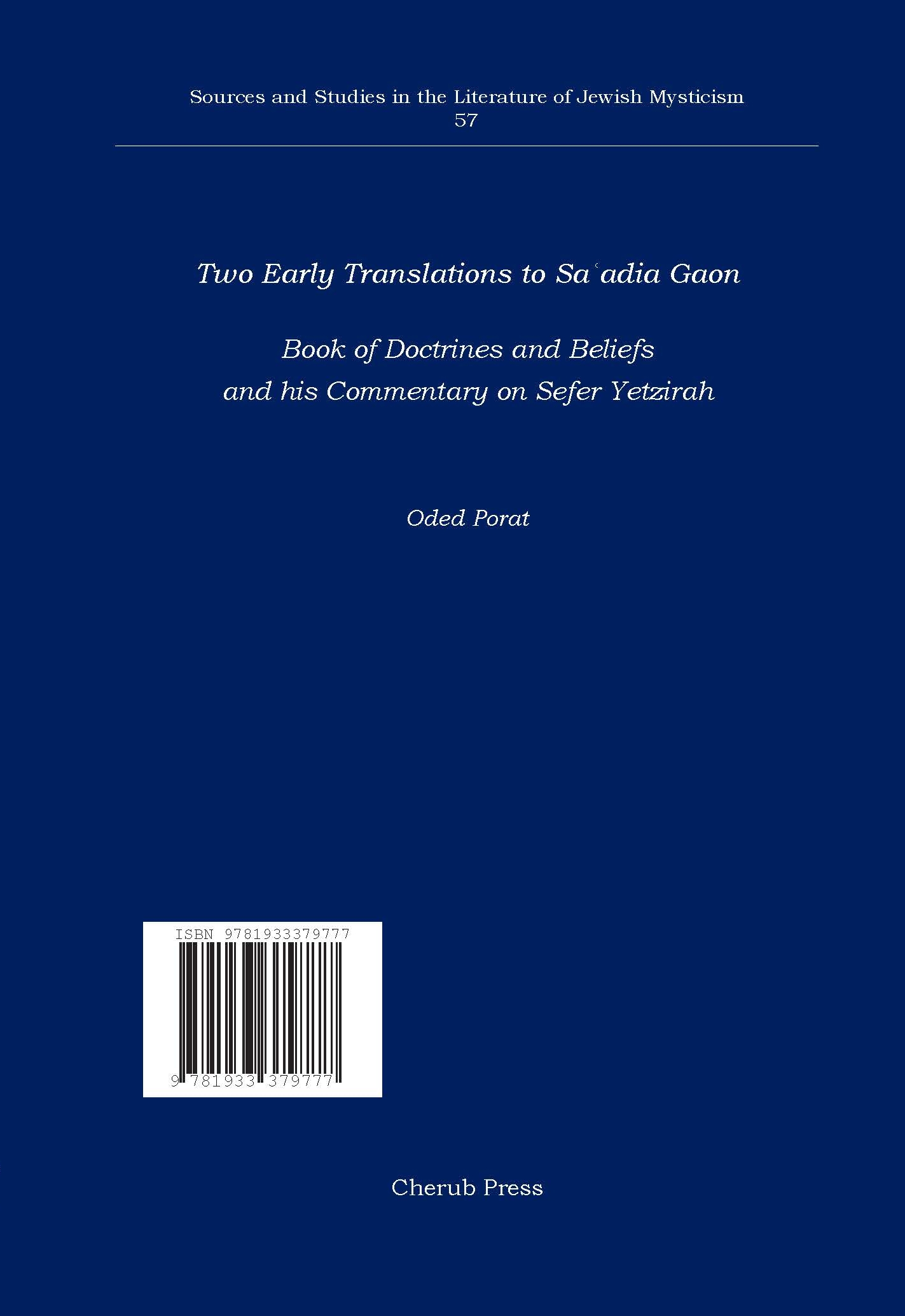 Two Early Translations to Saʿadia Gaon: Book of Doctrines and Beliefs and his Commentary on Sefer Yetzirah

Two major books by Rav Saʿadia Gaon, originally written in Arabic, are presented here in their early Hebrew translations. The translation to Book of Doctrines and Beliefs, the first comprehensive book of Jewish philosophy, was translated, as it appears in the text, in 988 A.D., 55 years after its completion by Saʿadia. It was mistakenly regarded by scholars as a “Paraphrase” to Saʿadia's book, but it is a very accurate translation, though it includes many additions to its source, that expands and explains Saʿadia's composition. It reveals a most unique stratum of Hebrew that belongs to the Kalirian school of Hebrew piyyut and provides some highly creative terms, rich vocabulary and unique linguistic forms and roots in this extensive piece. It was known in German pietism and in southern France by early Middle Ages. The second translation of Saadia's Commentary on Sefer Yetzira, that preceded his mentioned book by two years, was translated by R. Moshe ben Yosef haDayyan of Lucena, probably toward the end of the 12th century in Langedouc. It was known to early kabbalists who developed, among other issues, their theory of the effect of pronunciation of divine Names in the air, based on Saʿadia's ideas. Uninsured shipments are sent at customer's risk. Other forms and pricing is available for insured shipping. Please do not use an Institute or university address as many packages are lost and regular shipping is not insured. Before ordering, please note the language of the book as described below in each entry as all sales are final. Prepayment Required. Payment must be made in US dollars by Credit Card of Check with Computer readable routing numbers drawn on a US bank. All sales are final and subject to the policy, terms and conditions set out by Bookmasters for Cherub Press. Shipments are not insured unless requested. Cherub Press is not responsible for any losses occurring in transit whether by postal services, or private carriers.