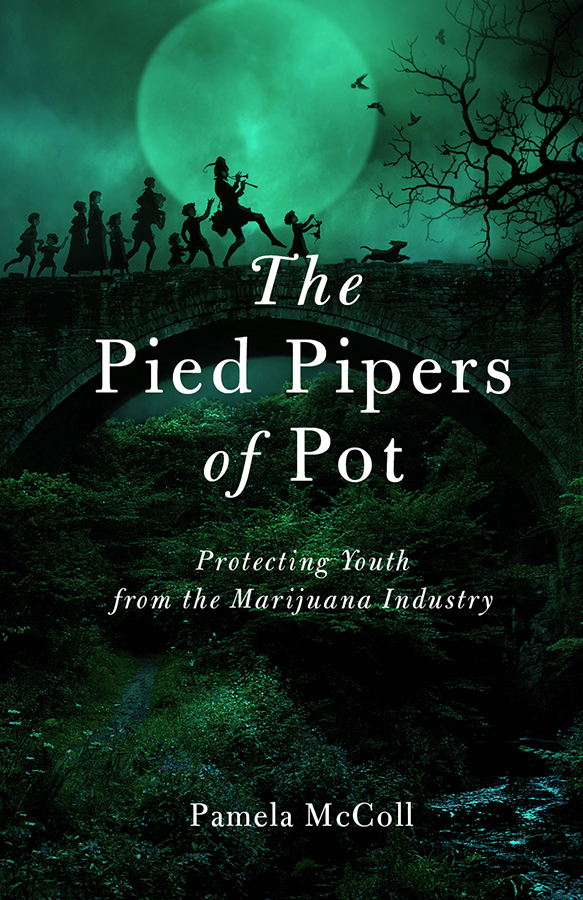 The Pied Pipers of Pot

Protecting Youth from the Marijuana Industry

The historical record and the worldwide fluctuation in marijuana use rates by minors clearly establishes that kids do not just fall into drug use as an inevitable rite of passage. Kids are sold on drug use in specific cultures at various times. The Pied Pipers of Pot reveals how marijuana products have been pushed on the youth sector in recent years through a process of normalization and acceptance. The author argues that kids are no match for the aggressive and emerging marijuana industry and that the key to effective drug prevention is to curtail those that stand to prosper, economically or politically by advancing the pro-pot position.

Pamela McColl is a Canadian publisher. In 2012 she released the first ever "smoke-free" version of the famous holiday poem, Twas The Night Before Christmas. Twas The Night Before Christmas, edited by Santa Claus for the benefit of children of the 21st. century went on to garner extensive media attention around the world and Pamela is credited with being the one person who could get dear Santa to quit tobacco products after 189 years. Her Twas4kids campaign continues and she is a active in the drug prevention community. Pamela is the co-author of Baby and Me Tobacco Free and the editor of On Marijuana, a powerful examination of what marijuana means to our children, our communities and our future. McColl has been publishing since 1995 and the book publications she produces and releases coincide with her work as a social activists She is a member of an international group who work to prevent drug use by youth and she regularly attends the United Nations representing non-government agencies to address the issue and has recently joined with Rotary International as a drug prevention trainer and sits on the Board of Directors of the Campaign for Justice Against Tobacco Fraud.