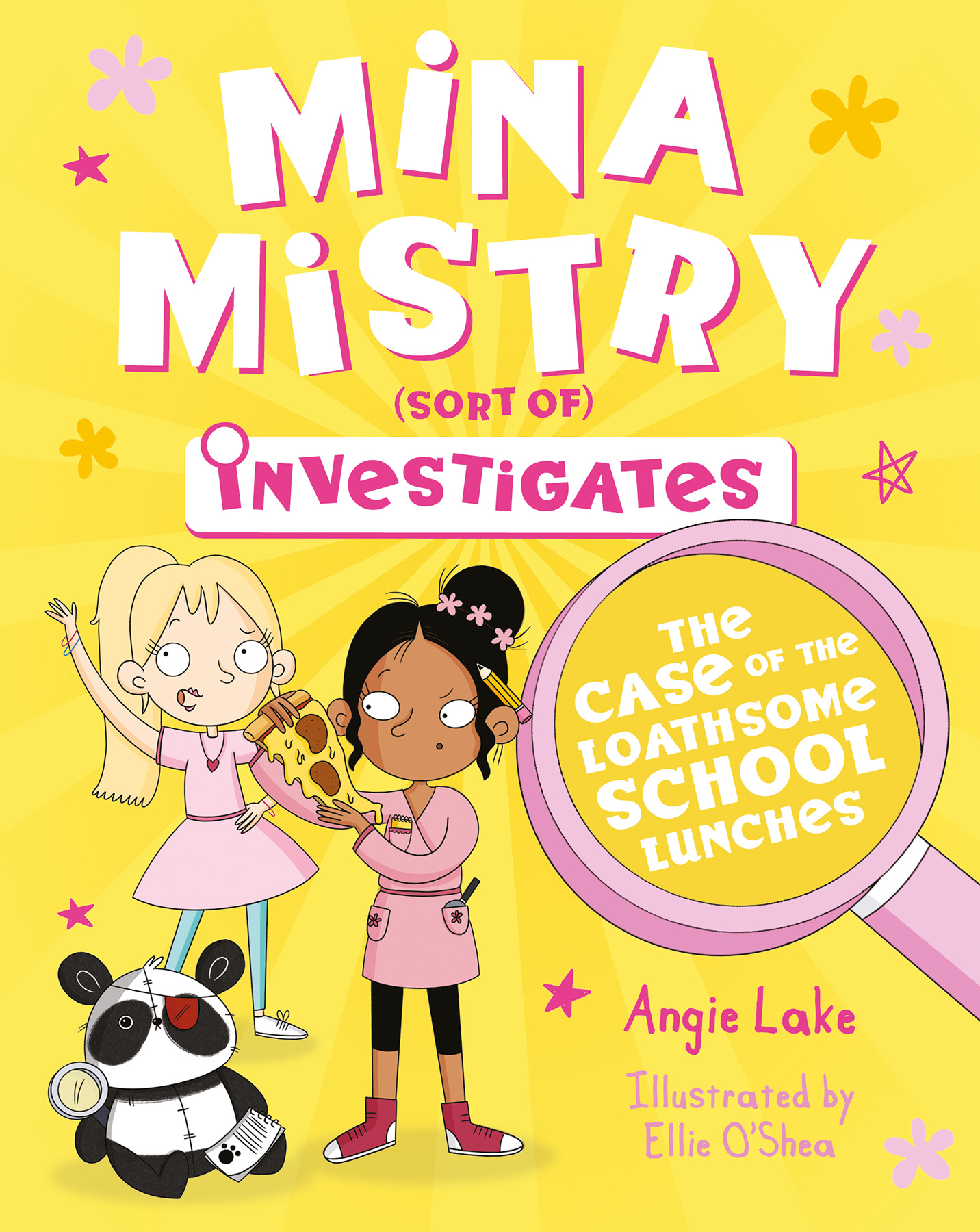 Mina Mistry Investigates: The Case of the Loathsome School Lunches

Introducing schoolgirl detective, Mina Mistry...
Being at school is boring when you’re going to be something cool like a Private Investigator. Until then, Mina’s going to practise for her future. By keeping notes on all her classmates, spying on suspicious teachers, noticing every little—
Wait ...
Aren’t school lunches a bit strange? Chicken nuggets? Again? On pizza? Covered in chocolate? Nobody wants to live on lettuce and broccoli, but children are losing teeth over this! This needs investigating.
This looks like a case for Mina Mistry.
About the Mina Mistry Investigates series:
Introducing Mina Mistry, witty schoolgirl detective and soon-to-be Private Investigator.
Mina Mistry Investigates is a fun detective series packed with comic-style illustrations and mystery-solving throughout. Great for reluctant readers aged 7+ and fans of the Planet Omar and Anisha, Accidental Detective series.

Angie Lake is a freelance writer with a background in the Spanish music industry. She has worked on a variety of projects, including writing and reviewing for press publication, translation and authoring works of fiction.

Born in the UK and raised on the Spanish Costa Blanca, Angie travelled extensively before settling in Spain to study Psychology and began her writing career in the Spanish national music press.

Angie currently lives in Spain, covering concerts and other cultural events in the summer months.