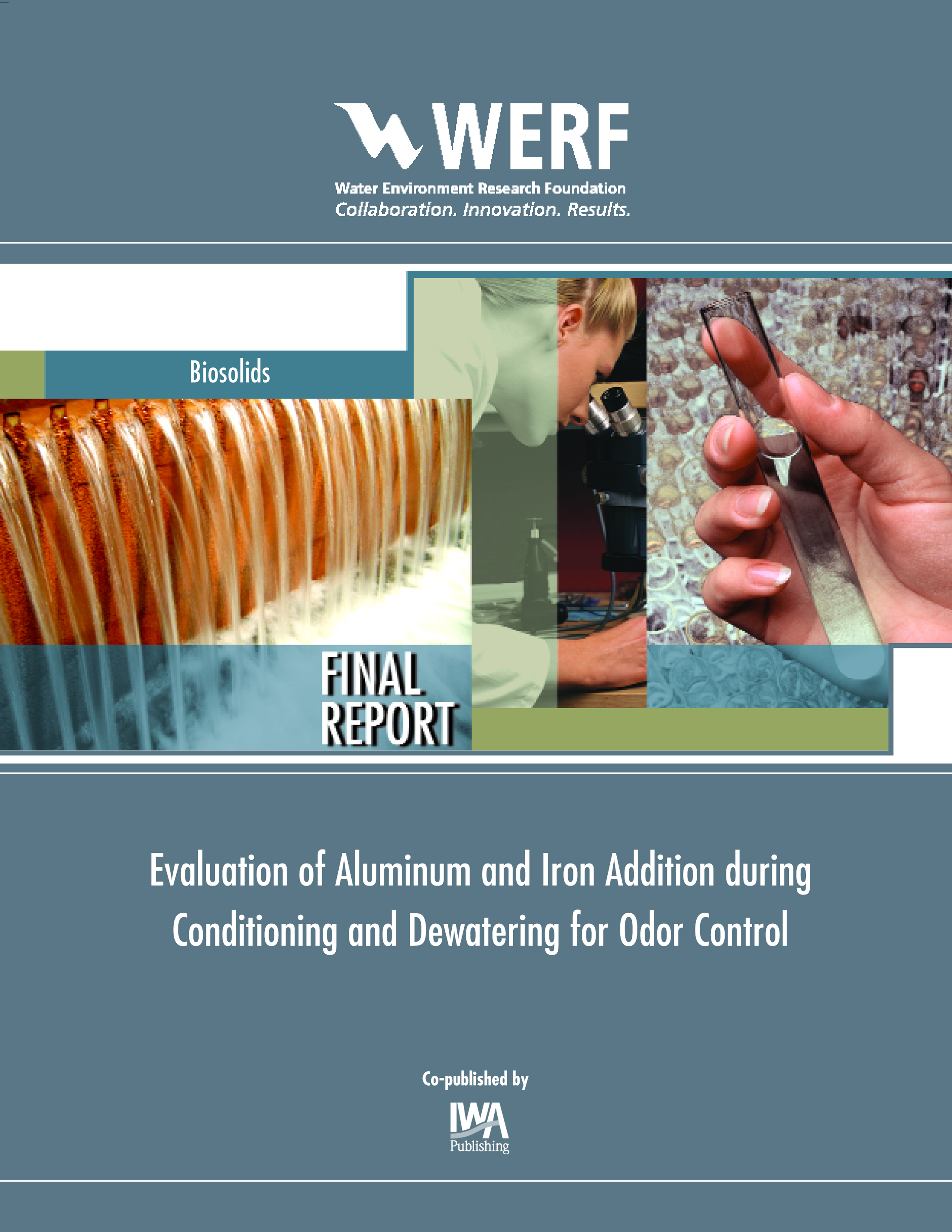 The objectives of this research were to investigate the factors impacting the effectiveness of metal salts in reducing the production of volatile organic sulfur compounds (VOSCs) in biosolids, with the goal of developing recommendations for applying metal salt addition in the field for odor reduction. The research examined a number of factors which could impact the effectiveness of metal salt addition which included chemical dosage, types of chemicals, location of the addition point, the shear applied to the solids, and different biosolids sources.
The results showed that metal salt addition can reduce VOSC production, but their effectiveness is especially impacted by the shear applied to the biosolids. Greater amounts of shear resulted in greater dosages required to achieve VOSC reduction. Comparison of different metals including, alum, polyaluminum chloride, sodium aluminate, ferric chloride, ferrous chloride, ferric sulfate, ferrous sulfate, zero-valent iron and magnesium chloride showed that all could reduce VOSC production, and some worked slightly better than others, but none were vastly superior to the others. In special cases where a biosolids produced higher quantities of hydrogen sulfide, addition of iron based chemicals generally had lower hydrogen concentrations than aluminum based chemicals, likely due to iron-sulfide precipitation. However, addition of sodium aluminate also reduced hydrogen sulfide, mainly due to the increased pH above which hydrogen sulfide volatilizes. Little differences were found when comparing the chemical addition points during conditioning, either before, with, or after the polymer. Addition directly to the cake was also effective. The addition of metal salts can be applied to reduce the production of odorants, although it is difficult to predict the dosage that will be required without laboratory and possibly pilot testing.