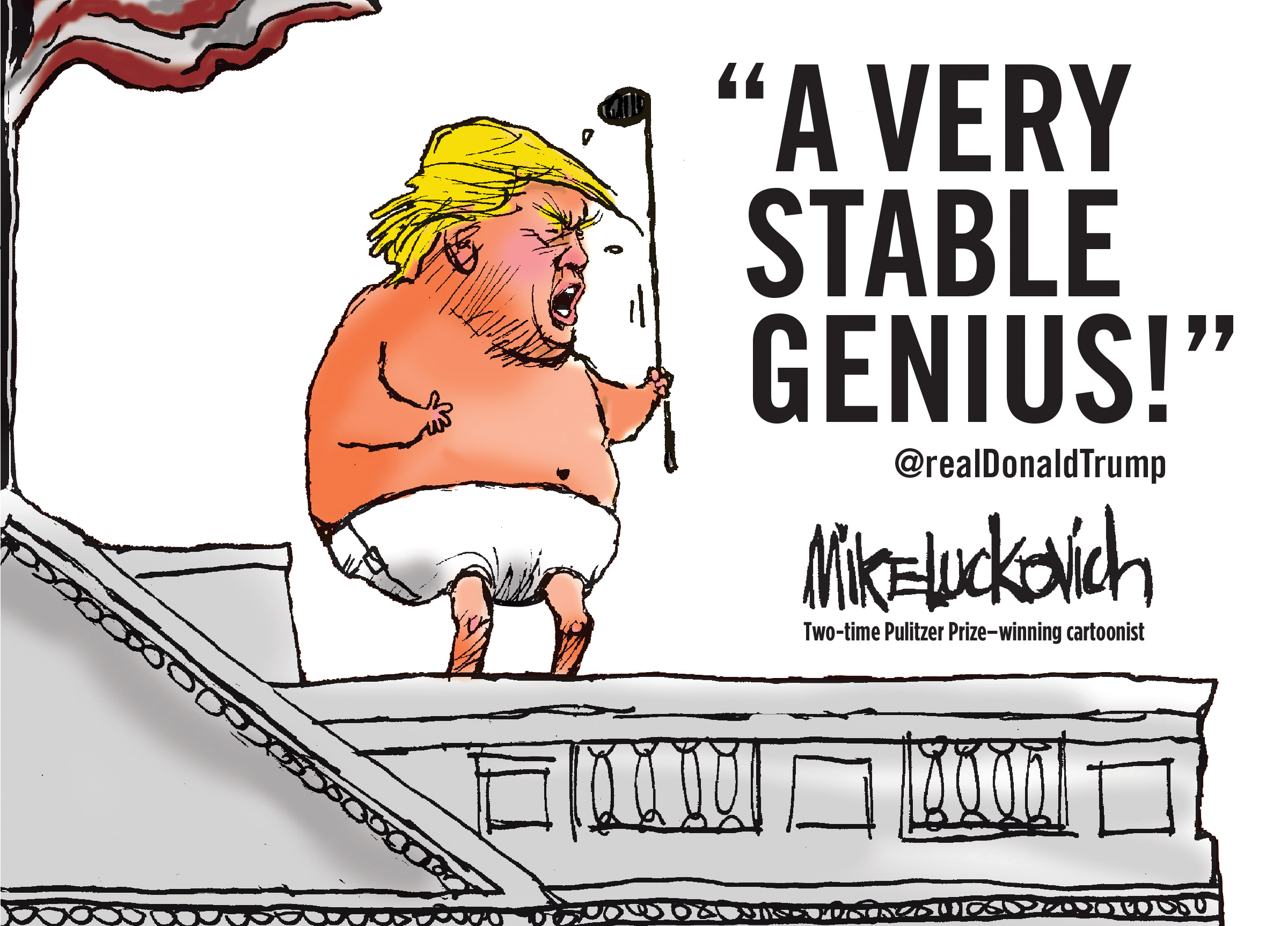 How do you poke fun at a man who’s so absurd he practically satirizes himself? Even two-time Pulitzer Prize–winning cartoonist Mike Luckovich admits it’s been a challenge covering the Cheeto-in-Chief in his internationally syndicated political cartoons. But Mike rose to the challenge, pulling no punches and stripping down Trump and his cronies with his signature wit and style.

Covering Trump’s antics from the 2016 election through to the Mueller investigation, the cartoons in A Very Stable Genius tackle key moments in Trump’s political career, offering scathing insights on everything from his disastrous track record with women to his revolving-door cabinet to his suspiciously intimate relationship with a certain Russian leader. Woven through with searing commentary and personal anecdotes, Mike’s cartoons will shock and delight you, making you think as much as they make you laugh — when you’re not too busy being terrified.

Mike Luckovich is a Seattle native and has worked for the Atlanta Journal-Constitution since 1989. His cartoons are reprinted in newspapers across the country. He won Pulitzer Prizes in 1995 and 2006 for his editorial cartoons and the 2006 Reuben Award, presented by the National Cartoonist Society, for best cartoonist. His previous books include Lotsa Luckovich and Four More Wars!