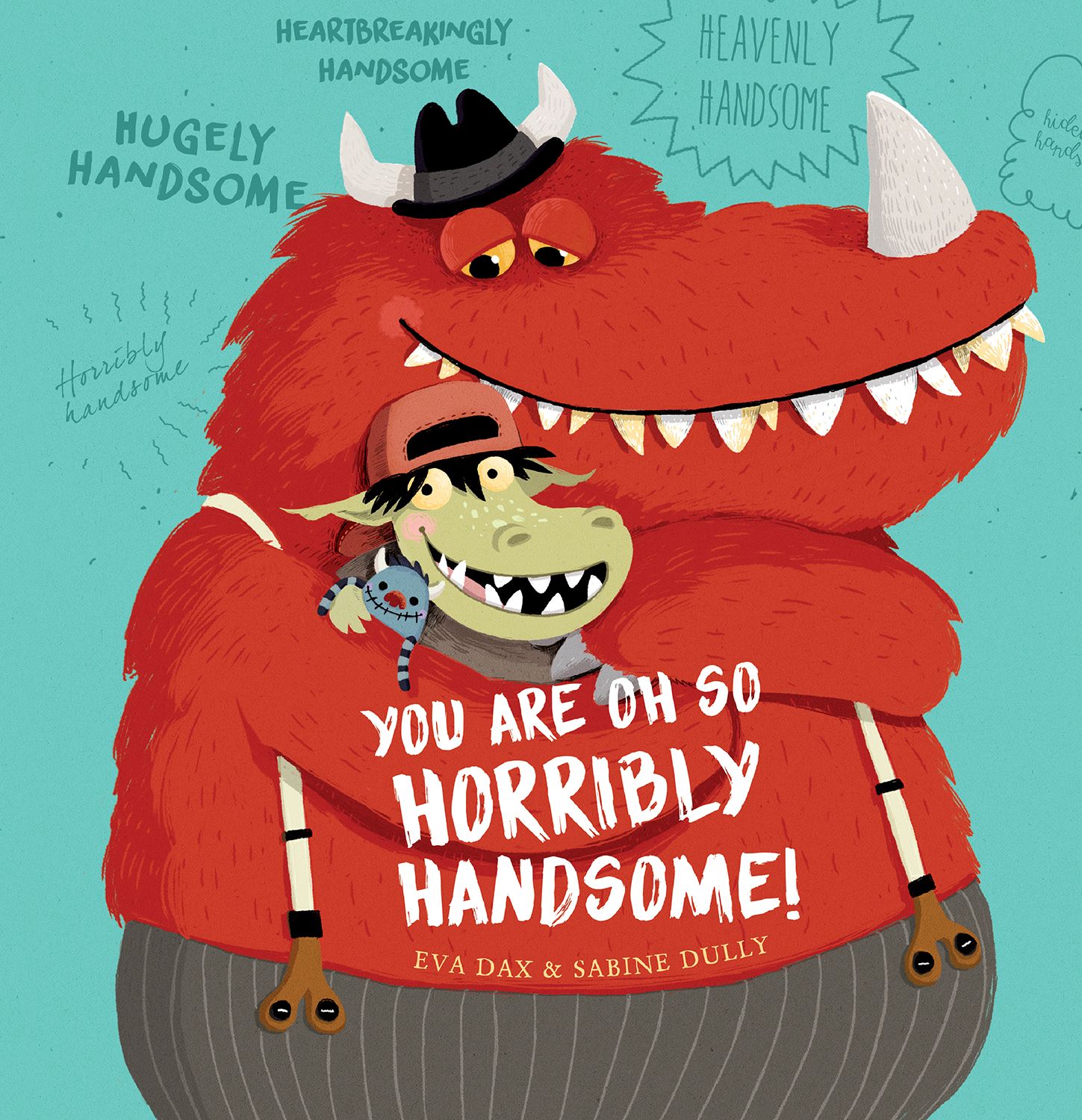 You are oh so horribly handsome!

Gregor is strong, loud, and frighteningly fast, but when he worries that he might not be handsome with his rotten, crooked teeth and his stinky, cheesy feet, he decides to ask his family and friends. With the kind of gross-out humor they’ll love, this story will delight children with its descriptive language and tale of an adorable little monster who discovers he is much-loved and horribly handsome after all—for a monster. “Dully’s bright, digital illustrations are deliriously goofy, each a story in itself. They give Dax’s straightforward silliness, teeming with juicy adjectives, a nice lift.” (Picture book. 3-5)” —Kirkus Reviews (U.S.) “This book gently explores the important concepts of self-esteem and body issues. ... You Are Oh So Horribly Handsome! is a story of positive reinforcement, love and acceptance.” —Reading Time (Australia)

Eva Dax grew up in Münsterland, Germany. Whilst she studied literature in Essen, she also worked as a freelance journalist for various publishers, TV and radio stations. Today she is a radio editor and lives with her husband and two sons in Cologne.

Sabine Dully was born in the Palatinate region of Germany, and studied communications design at the FH Trier. After completing her studies, she worked freelance for various agencies and studios in Germany as well as on her own short films. Since 2007, she has been the art director of a design agency and has been involved in many projects for German children’s television. She lives with her husband in Cologne.