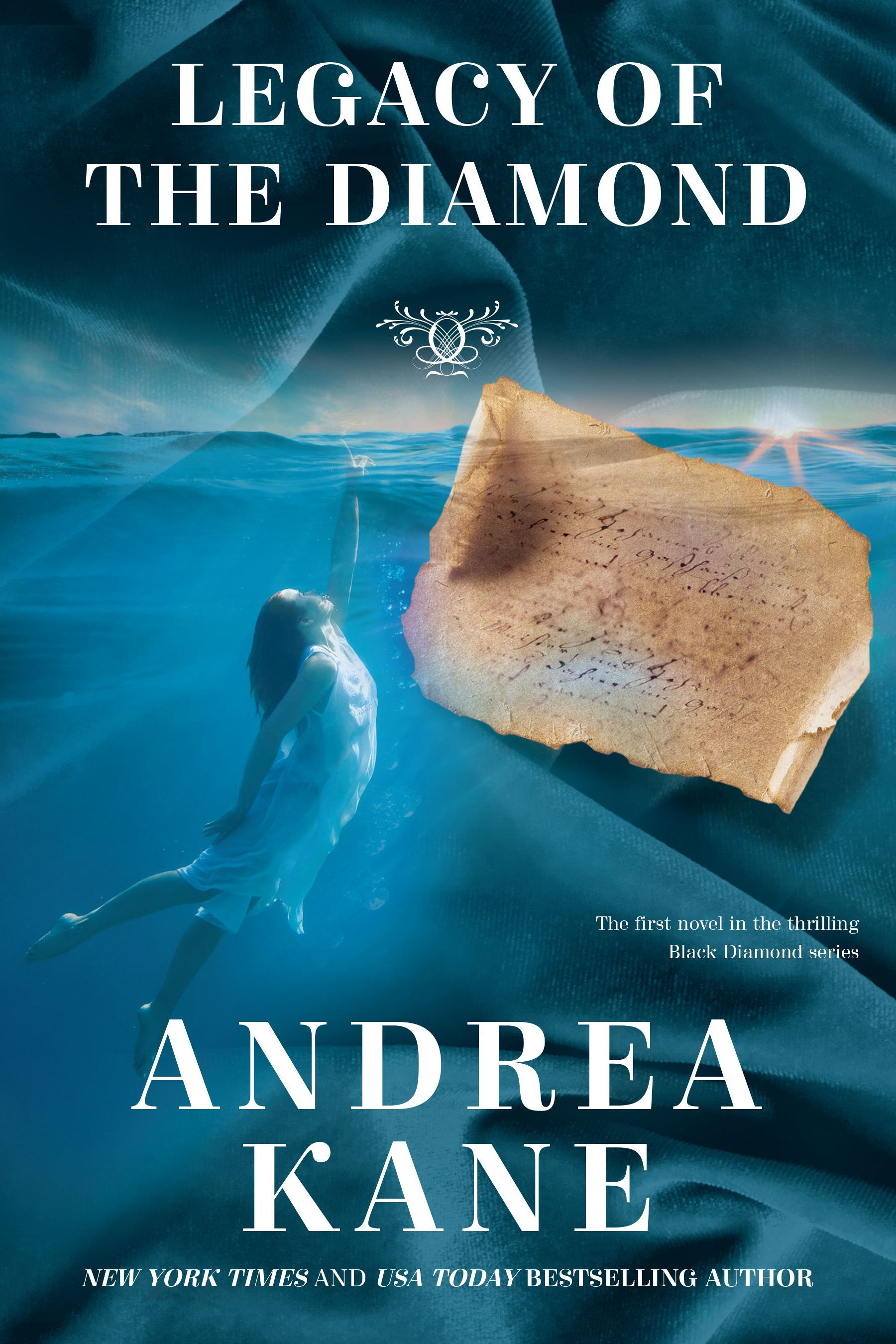 Legacy of the Diamond

New York Times bestselling Author Andrea Kane brilliantly captures the mysteries of love in this thrilling debut novel of her magnificent new Black Diamond series. Escape to Regency England in a tale shimmering with grand passion… where a priceless gem harbors an ominous curse, and spins a dark web of intrigue.

Courtney Johnston, the lively daughter of a sea captain, is swept underneath a wave of despair when a pirate forces her father overboard. Taken captive and used in a sinister plot to win an English nobleman's rare black diamond, she now lives to fulfill one burning desire: to avenge her father's death.

Slayde Huntley, the earl of Pembourne, will do anything to ransom his missing sister, Aurora, even turn over the priceless gem that has been his family's treasure—and curse—for generations. Lured to the pirate ship, he believes the golden-red-haired beauty promised for the stone is his sister, but she is not… she is his destiny.

Even as the diamond brings Courtney and Slayde together, it glitters with a malice and mystery that draws them toward a haunting evil. Soon they fear losing a treasure more precious than any jewel—their chance for a future together.

“Kane lulls her readers down romantic hallways, which at first seem familiar, only to take a sudden and refreshing new twist in the journey to the story's end.” – Publishers Weekly

Her latest in the highly successful Forensic Instincts series, Dead in a Week, adds the Zermatt Group into the mix—a covert team of former military and spy agency operatives. With a week to save a young woman from ruthless kidnappers, this globe-spanning chase, from the beerhalls of Germany, to the tech gardens of California, to the skyscrapers of China, and finally the farmlands of Croatia will keep readers guessing until the very end. The first showcase of Forensic Instincts’ talents came with the New York Times bestseller, The Girl Who Disappeared Twice, followed by The Line Between Here and Gone, The Stranger You Know, The Silence that Speaks, The Murder That Never Was, and A Face to Die For.