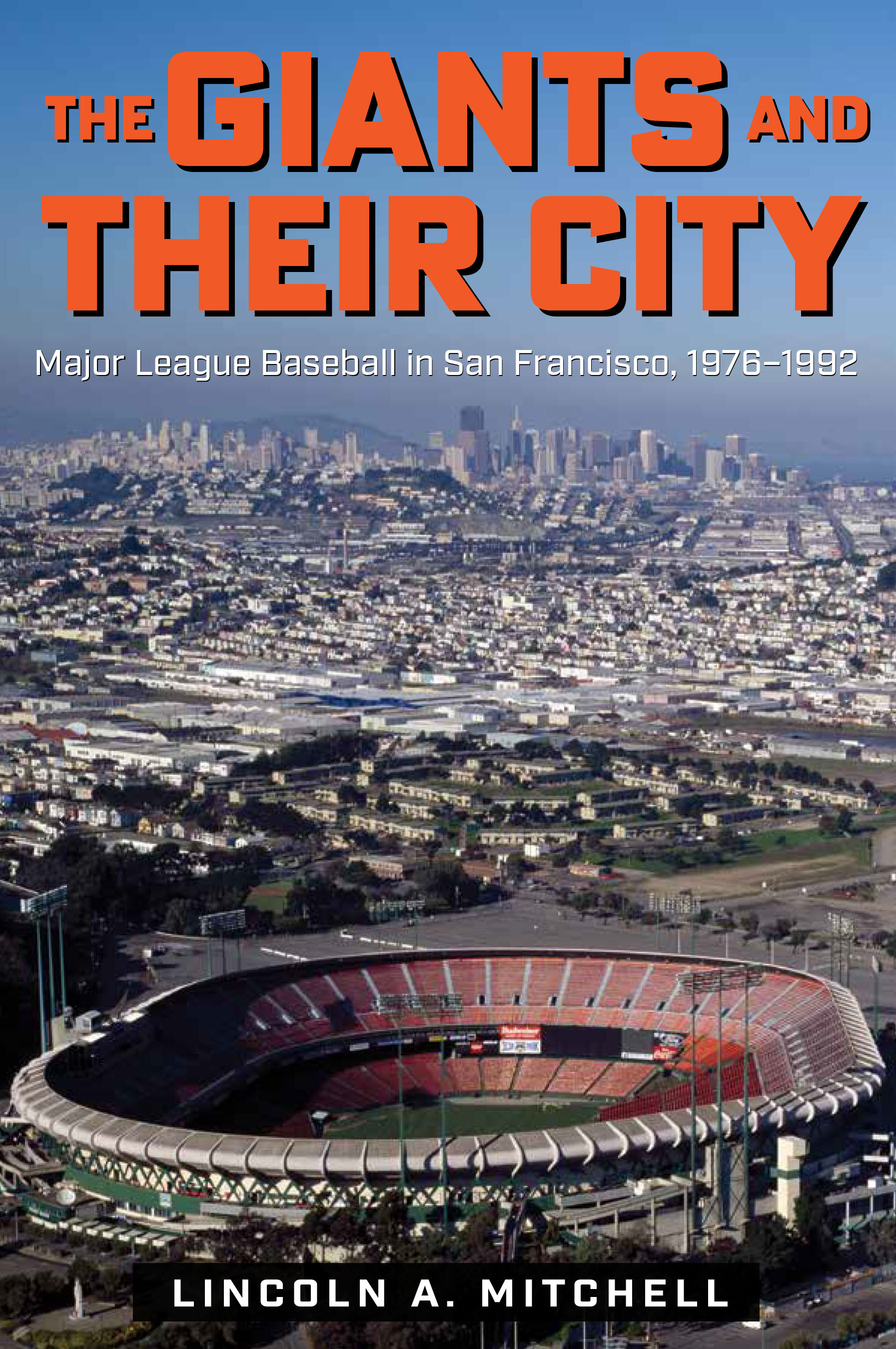 Giants and Their City

The San Francisco Giants have been one of the most successful franchises in baseball in the twenty-first century as evidenced by the three World Series Championship flags flying in the breeze over Oracle Park, one of the most beautiful baseball venues in the world. However, the team was not always so successful on or off the field. The Giants and Their City tells the story of a Giants franchise that had no recognizable stars, was last in the league in attendance, and had more than one foot out the door on the way to Toronto when a local businessman and a brand new mayor found a way to keep the team in San Francisco. Over the next 17 years, the team had some very good years, but more than few terrible ones, while trying to find a home in a city with a unique and confounding political culture.

The Giants and Their City relates how the team struggles to win ballgames, find its way back to the playoffs, but also to stay in San Francisco when, at times, it wasn’t clear the city wanted them. This book is a baseball story about beloved Giants players like Vida Blue, Willie McCovey, Kevin Mitchell, and Robby Thompson, and includes interviews with Art Agnos, Frank Jordan, Dianne Feinstein, John Montefusco, Will Clark, Kevin Mitchell, Mike Krukow, Dave Dravecky and Bob Lurie among others. The book features descriptions of important events in Giants history like the Mike Ivie grand slam, the Joe Morgan home run, the 1987 playoffs, the 1989 team, the Dave Dravecky game and the earthquake World Series. It’s also a uniquely San Francisco story that shows how sports teams and cities often have very complex relationships.

Lincoln A. Mitchell is a scholar and writer in New York City. He is an adjunct research scholar at Columbia University’s Arnold A. Salesman Institute of War and Peace Studies and the author of several books, including Will Big League Baseball Survive?: Globalization, the End of Television, Youth Sport and the Future of Major League Baseball and Baseball Goes West: The Dodgers, the Giants, and the Shaping of the Major Leagues.