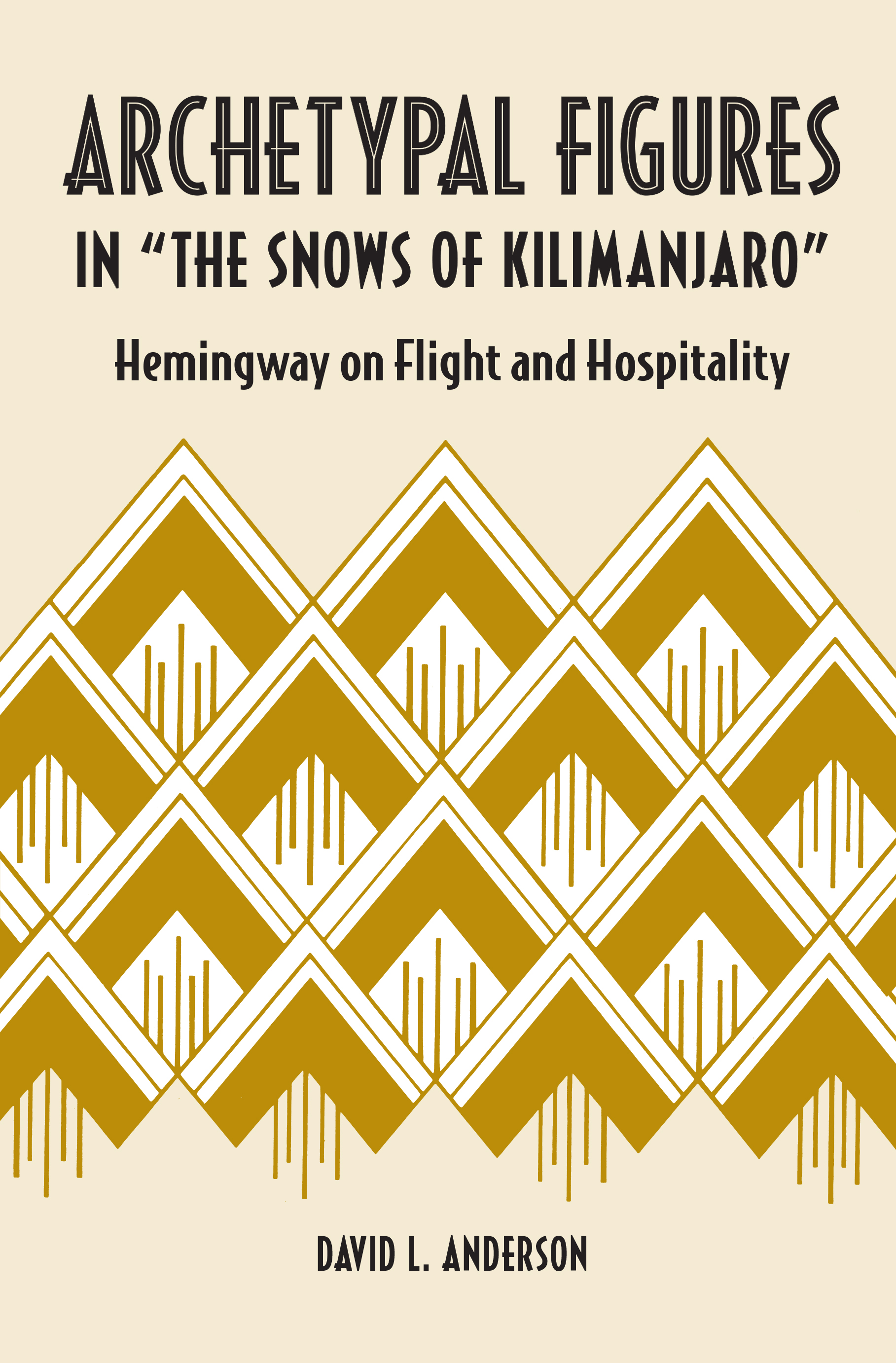 Archetypal Figures in “The Snows of Kilimanjaro”

Hemingway on Flight and Hospitality

A new and provocative analysis of “The Snows of Kilimanjaro”

Hemingway’s short story, “The Snows of Kilimanjaro,” has secured a place among the greatest works in that genre—the story is widely considered Hemingway’s greatest. To explore the richness of this work, David L. Anderson returns to a somewhat unusual approach, that of archetypal criticism, which allows us to examine the story in more universal, rather than strictly historical, ways.

Anderson emphasizes the story’s theme of hospitality, which dramatizes topics of community and human interdependency, and notes that this illuminates a fundamental human impulse to shelter or aid those in need. Borrowing from Jack London, Anderson relates this to the archetype of the “man on trail”: one who is being pursued, ultimately by death, and is in need of hospitality, a friend. The motif is older than London, as Anderson notes, guiding us to Jung, Campbell, and a whole body of archetypal criticism—from ancient literature to Bob Dylan.

Anderson explores the man-on-trail archetype extensively in the Italicized Memory sections of the story, in the drama of Harry’s last day, and in the unforgettable ending section as Harry takes his flight to Kilimanjaro. Noteworthy is this sustained attention to the Italicized Memory sections, all the stories that Harry might have written but had not. Analysis of Harry’s memories—that is, analysis without due attention to the recurrent elements of plot, character, and setting and of how those memories interact with each other and interact with the overall narrative framework—can no longer purport to be complete, definitive, or even useful without considering Anderson’s astute analysis.