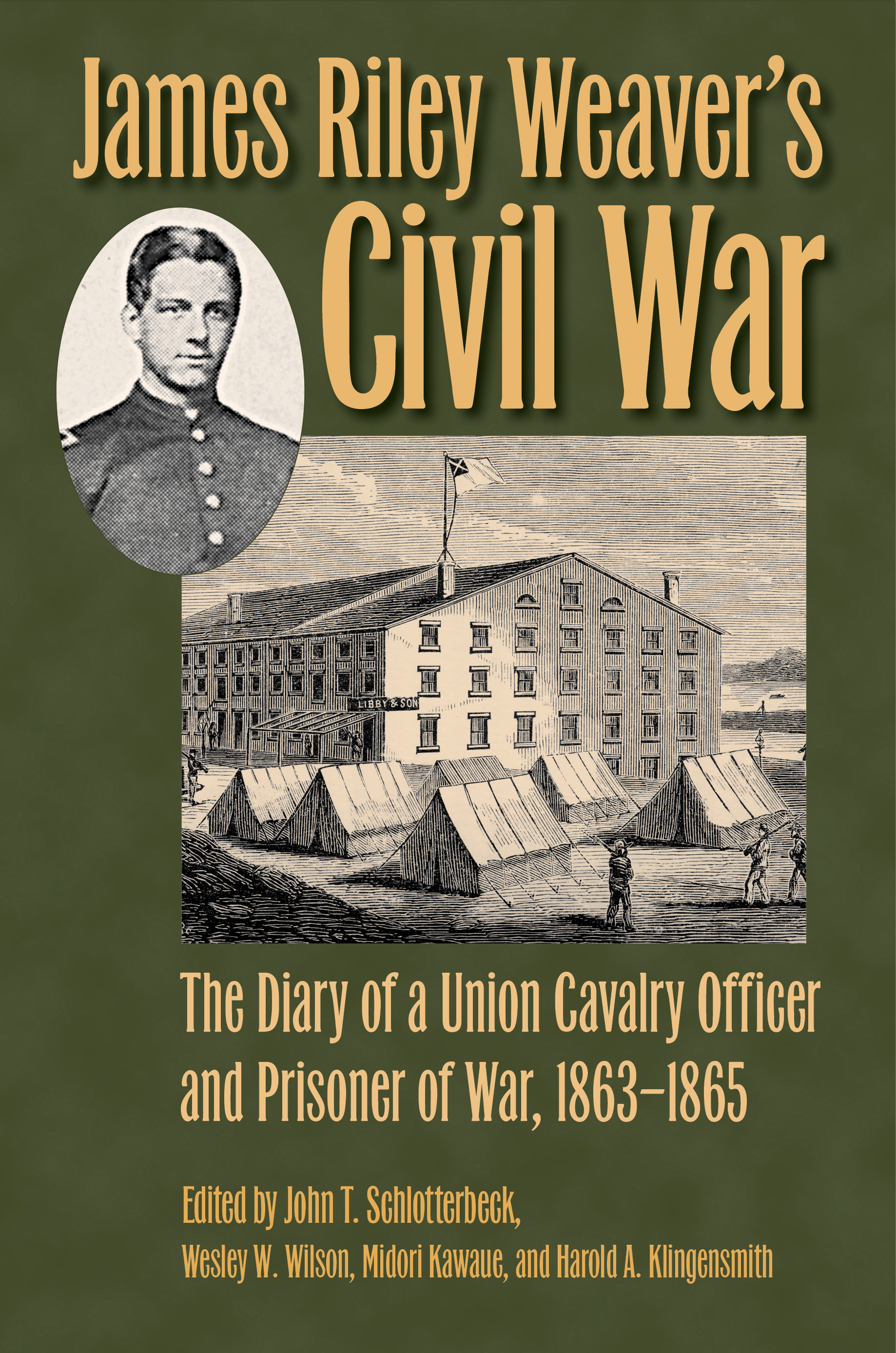 Captured on October 11, 1863, James Riley Weaver, a Union cavalry officer, spent nearly seventeen months in Confederate prisons. Remarkably, Weaver kept a diary that documents 666 consecutive days of his experience, including not only his life in a series of prisons throughout the South, but his precaptivity cavalry duties, and his eventual return to civilian life. It is an unparalleled eyewitness account of a crucial part of our history.

Weaver’s observations never veer into romanticized descriptions; instead, he describes the “little world” inside each prison and outdoor camp, describing men drawn from “every class of society, high and low, righ and poor, from every country and clime.” In addition, Weaver records details about life in the Confederacy that he gleans from visitors, guards, new arrivals, recaptured escapees, Southern newspapers, and even glimpses through windows.

As the editors demonstrate, Weaver’s diary-keeping provided an outlet for expressing suppressed emotions, ruminating on a seemingly endless confinement that tested his patriotism, religious faith, and will to survive. In the process, he provides not only historically important information but also keen insights into the human condition under adversity.

John T. Schlotterbeck is the A. W. Crandall Professor of History, Emeritus, at DePauw University. He is the author of Daily Life in Colonial America.

Wesley W. Wilson is the coordinator of archives and special collections at DePauw University. He received the Sister M. Claude Lane, O.P., Memorial Award from the Society of American Archivists in 2017.

Midori Kawaue is a doctoral student in history at Princeton University. She is the recipient of the Gilder Lehrman History Scholar Award.

Harold A. Klingensmith worked for the Boeing Company for over eighteen years and holds a master’s degree in military studies from American Military University.