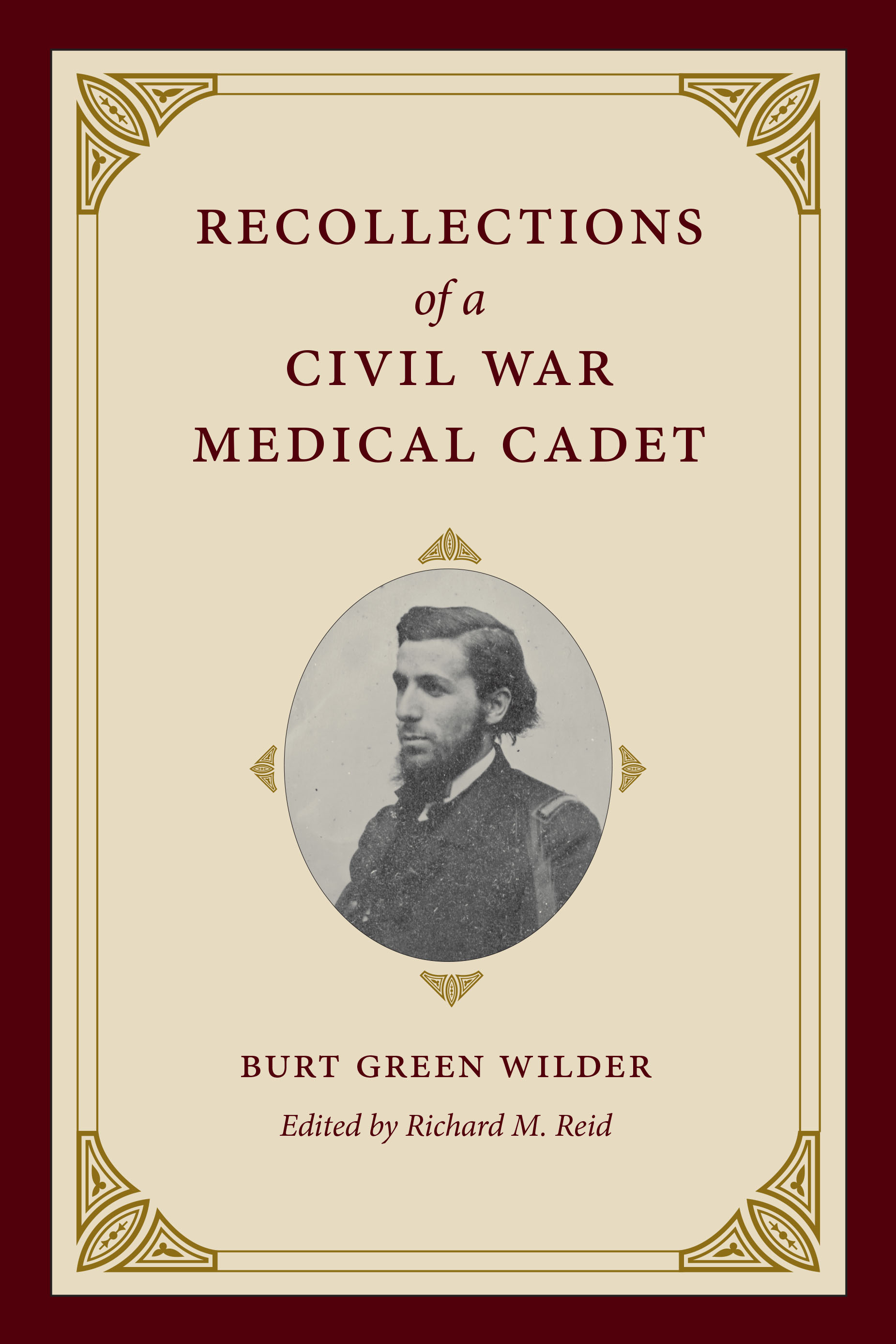 In July 1862, Burt Green Wilder left Boston to join Dr. Francis Brown, a surgeon working at Judiciary Square Hospital, one of the new army pavilion hospitals in Washington, D.C. Wilder had just finished his degree in comparative anatomy at Harvard, and the chance to assist Brown rather than serve as a soldier in the army was appealing. For the next ten months Wilder worked in the hospital’s wards as a medical cadet. Although he lacked formal medical training, he had aptitude, ability, and an advanced knowledge of anatomy. These qualities were increasingly valued in a medical department being reformed by the new surgeon general, William Hammond, who demanded a more scientific approach to medical care and to the creation and dissemination of medical knowledge. Forty-five years after the war ended Wilder began to draft his recollections of an era that had transformed him personally and radically altered American medicine.

Richard M. Reid’s introduction captures the ways the war dramatically reconfigured the American medical landscape. Prior to the war, the medical community was badly fragmented, and elite physicians felt undervalued by the American public. The war offered them the chance to assert their professional control and to make medicine more scientific and evidence-based. The introduction also includes an extensive historiographical analysis of Civil War medicine and situates Wilder’s recollections in the changing direction of the field.

Wilder’s manuscript, largely finished but never published, is written with humor and grace and provides a revealing eyewitness account of Civil War relief services and hospital work. The army hospitals, dramatically different from the prewar institutions, became centers of medical innovation and analytical record keeping. Even medical cadets such as Wilder conducted postmortems and were encouraged to submit specimens of combat-related injuries to Hammond’s newly created Army Medical Museum. His discussions of the day-to-day practice in the hospital, the war’s expansion of medical knowledge, the duties of medical cadets, scientific activity, and gender relations are particularly compelling.

Recollections of a Civil War Medical Cadet provides an important source to understand wartime medicine, the impact of the conflict on American medicine in the nineteenth century, and the little discussed role of the medical cadet in the army medical system.

Richard M. Reid is professor emeritus at the University of Guelph in Ontario. A historian of the Civil War, his books include Freedom for Themselves: North Carolina’s Black Soldiers in the Civil War Era, African Canadians in Union Blue: Volunteering for the Cause in the Civil War, and Practicing Medicine in a Black Regiment: The Civil War Diary of Burt G. Wilder, 55th Massachusetts