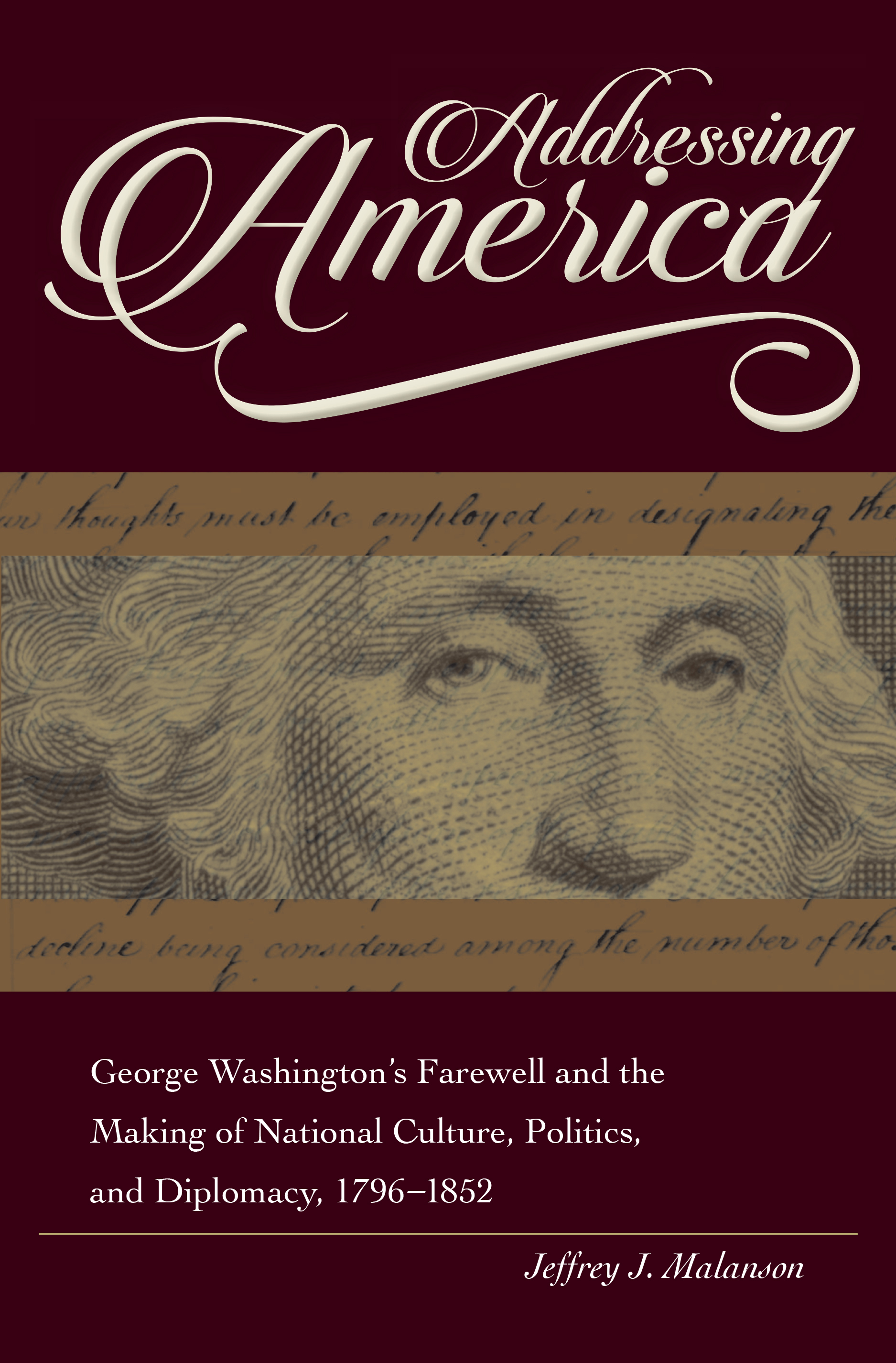 George Washington's Farewell and the Making of National Culture, Politics, and Diplomacy, 1796-1852

Washington's Farewell Address and the development of the early republic

In his presidential Farewell Address of 1796, George Washington presented a series of maxims to guide the construction of a wise foreign policy. He believed, as did generations of his adherents, that if the United States stayed true to the principles he discussed, the country would eventually attain national greatness and international respectability. These principles quickly became engrained in the DNA of what it meant to be an American in the first half of the nineteenth century, shaping the formation of U.S. foreign policy, politics, and political culture. The Declaration of Independence affirmed American ideals, the Constitution established American government, and the Farewell Address enabled Americans to understand their country and its place in the world. While the Declaration and Constitution have persisted as foundational documents, our appreciation for the Farewell Address has faded with time.

By focusing on the enduring influence of the Farewell Address on nineteenth-century Americans, and on their abiding devotion to Washington, author Jeffrey Malanson brings the Address back into the spotlight for twenty-first-century readers. When citizens gathered in town halls, city commons, and local churches to commemorate Washington, engagement with the Farewell Address was a cornerstone of their celebrations. This annual rededication to Washington's principles made the Farewell Address both a framework for the attainment of national happiness and prosperity and a blueprint for national security, and it resulted in its position as the central text through which citizens of the early republic came to understand the connections between the nation's domestic and foreign ambitions.

Through its focus on the diplomatic, political, and cultural impacts of Washington's Farewell Address, Addressing America reasserts the fundamental importance of this critical document to the development of the United States in the first half of the nineteenth century.

Jeffrey J. Malanson is an assistant professor of history at Indiana University-Purdue University Fort Wayne, where he teaches a variety of classes on the Early Republic, U.S. foreign policy, and the Atlantic World. His research focuses on how nineteenth-century Americans used the lives and legacies of the Founding Fathers to accomplish a multitude of political, cultural, and diplomatic ends. Malanson's work has appeared in Diplomatic History and the Journal of the Early Republic.