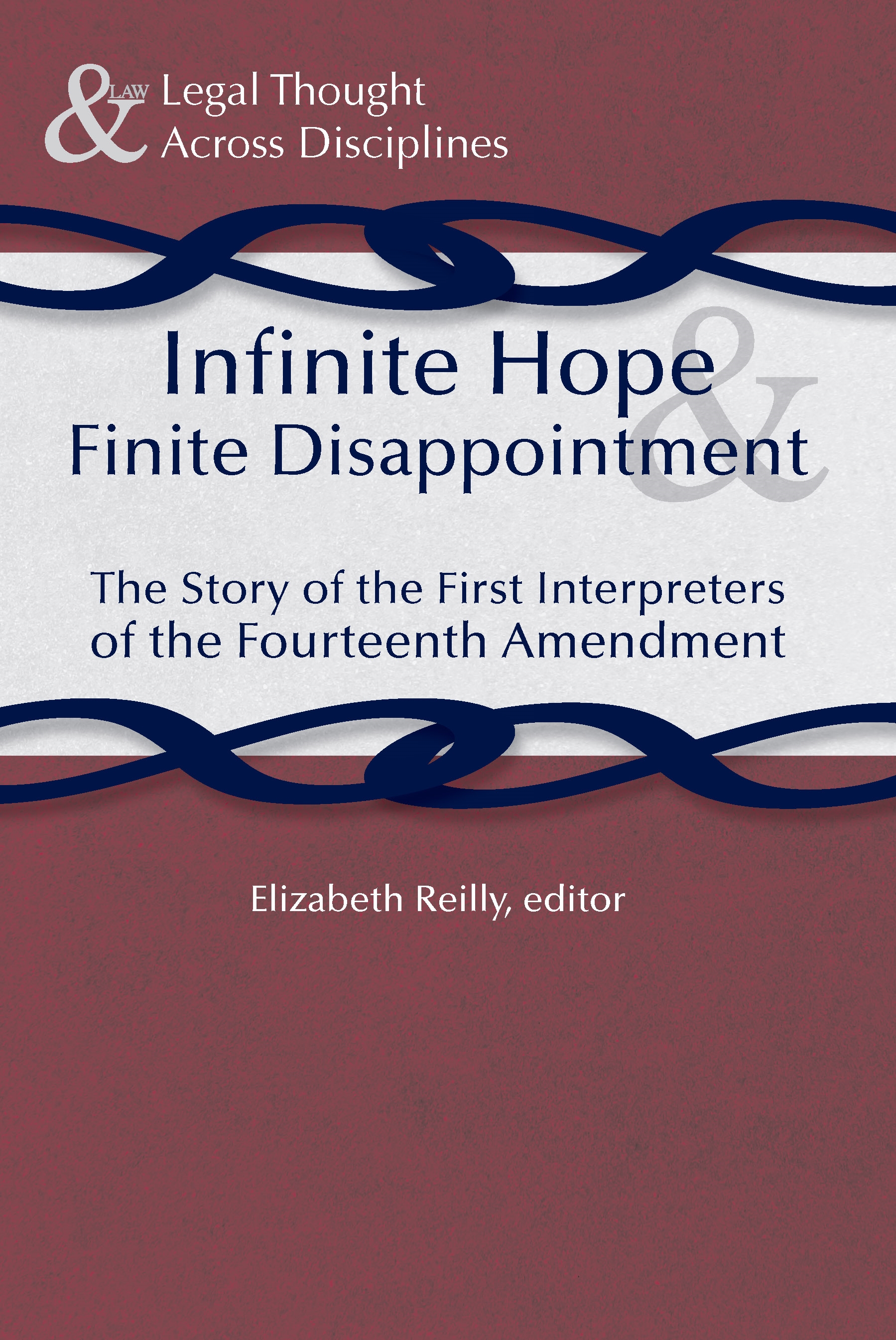 The Story of the First Interpreters of the Fourteenth Amendment

Infinite Hope and Finite Disappointment details the hopes and promises of the 14th Amendment in the historical, legal and sociological context within which it was framed. Part of the Reconstruction Amendments collectively known as "The Second Founding," the 14th Amendment fundamentally altered the 1787 Constitution to protect individual right and altered the balance of power between the national government and the states. The work also shows how initial Supreme Court interpretations of the Amendment’s reach hindered its applicability. Finally, the contributors investigate the current impact of the 14th Amendment. The book is divided into three parts: "Infinite Hope: The Framers as First Interpreters;" "Finite Disappointment: The Supreme Court as First Interpreter;" and "Never Losing Infinite Hope: The People as First Interpreters."

Elizabeth A. Reilly is a C. Blake McDowell Jr. Professor at The University of Akron School of Law. She currently teaches torts, introduction to law and legal systems and sexual orientation and the law. Her research focuses on the intersections between individual and collective interests in areas such as reproductive choice, gender identity, juvenile justice, tort duties and damages, and the religion clauses. She is the author of numerous articles, including "Radical Tweak-Relocating the Power to Assign Sex," (2005) and "The 'Jurisprudence of Doubt': How the Premises of the Supreme Court’s Abortion Jurisprudence Undermine Procreative Liberty," (1998). Prior to joining Akron Law, Professor Reilly was an attorney and counselor of law for Whitaker & Reilly, where her emphasis was on criminal and personal injury litigation, both trial and appellate.