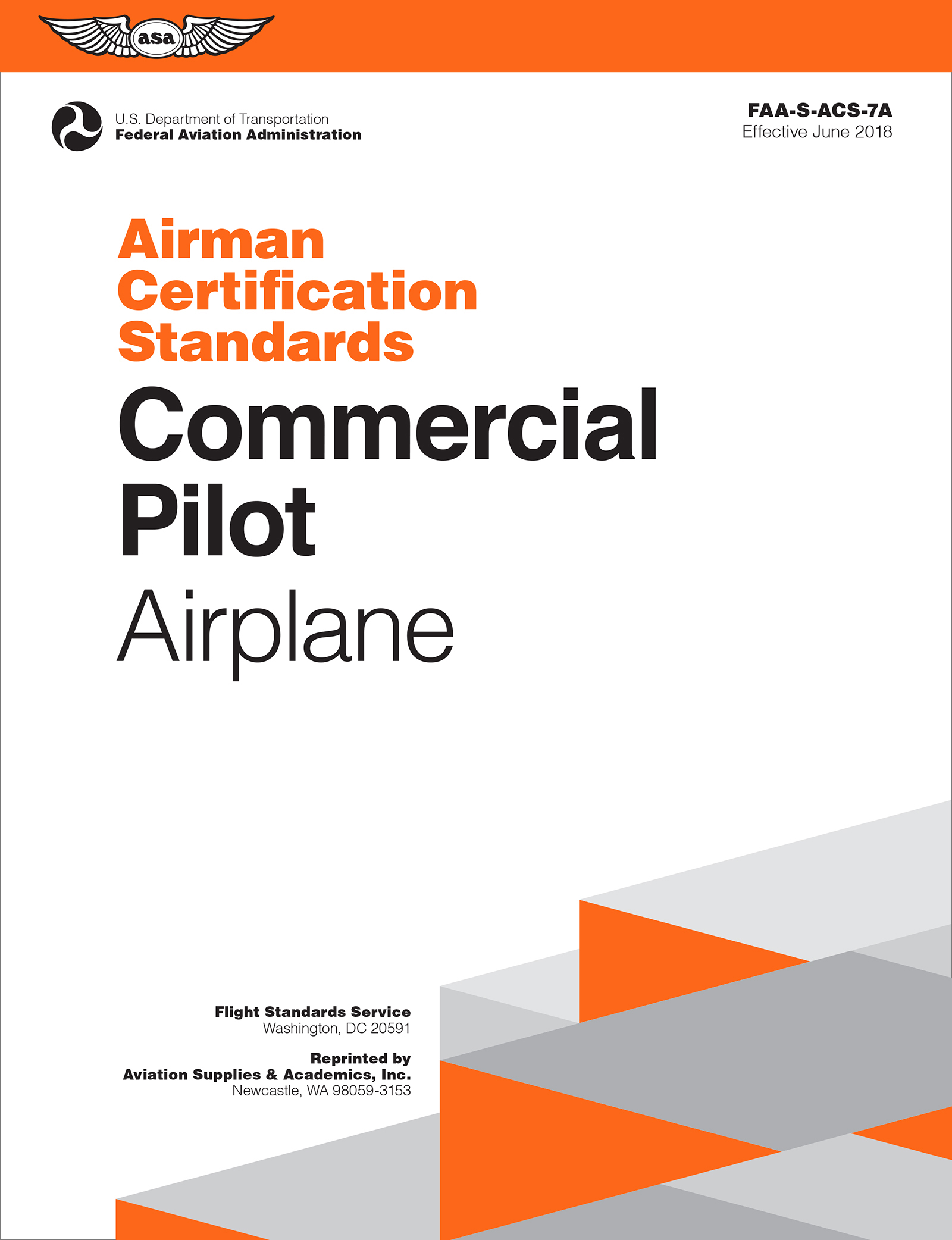 FAA-S-ACS-7A, for Airplane Single- and Multi-Engine Land and Sea

The Airman Certification Standard (ACS) is the guide for aviation students, instructors, and FAA-designated examiners to know what pilot and industry license applicants must know, do, and consider for their FAA Knowledge Exam and practical (checkride), in order to earn a certificate or rating. This is the revised edition (FAA-S-ACS-7A) of the new ACS (effective June 11, 2018). The ACS replaced (and is replacing in an ongoing basis for all licenses) the previous FAA Practical Test Standards (PTS) and it is basically an enhanced version of the PTS. It adds task-specific knowledge and risk management elements to each PTS "Area of Operation" and "Task." The result is a presentation that integrates the standards for passing both the FAA Knowledge Exams and the FAA Oral and Practical Exams in a way that coordinates the study and learning for both, making them relevant to each other. This Federal Aviation Administration (FAA) Commercial Pilot – Airplane ACS provides the aeronautical knowledge, risk management, and flight proficiency standards for private pilot certification in the airplane category, single-engine land and sea, as well as multi-engine land and sea classes (ASEL, ASES, AMEL, AMES). This ACS incorporates and supersedes the previous Practical Test Standards (FAA-S-8081-12) for Commercial Pilot – Airplane license applicants, and the previous ACS edition FAA-S-ACS-7.