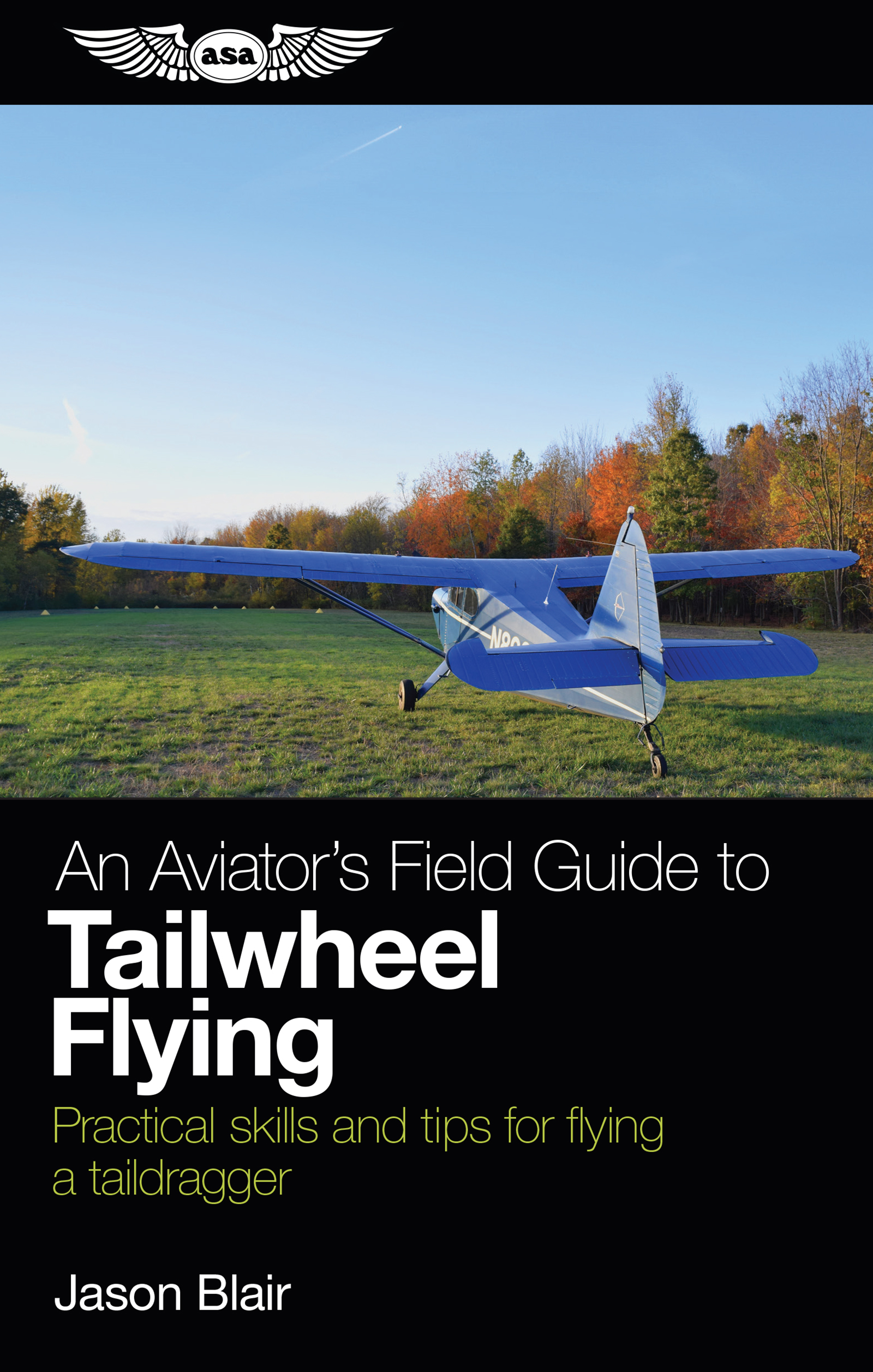 Practical skills and tips for flying a taildragger

In "An Aviator's Field Guide to Tailwheel Flying," author Jason Blair shares his experience in a variety of tailwheel-equipped aircraft. This book describes major phases of flight and considerations that transitioning or tailwheel pilots may find useful as they look to increase their proficiency. The discussion goes beyond the physical flying skills into other tailwheel aspects, such as operational differences in makes and models and ages of aircraft. Pilots of aircraft such as Cessna 180s, Cubs, Champs, Maules or other aircraft of similar type and size will find this content helpful. This book is the author's result of years of instructing and taking notes previously passed on to his own students, now compiled and shared with the broader aviation community.

Jason Blair is an active single- and multi-engine instructor and a FAA Designated Pilot Examiner with over 5,000 hours total time and over 3,000 hours instruction given, and he has flown over 100 different makes and models of general aviation aircraft. He has issued over 1,000 pilot certificates in his role as Examiner. He works and has worked for multiple aviation associations that promote training and general aviation. He also consults on aviation training and regulatory efforts for the general aviation industry.