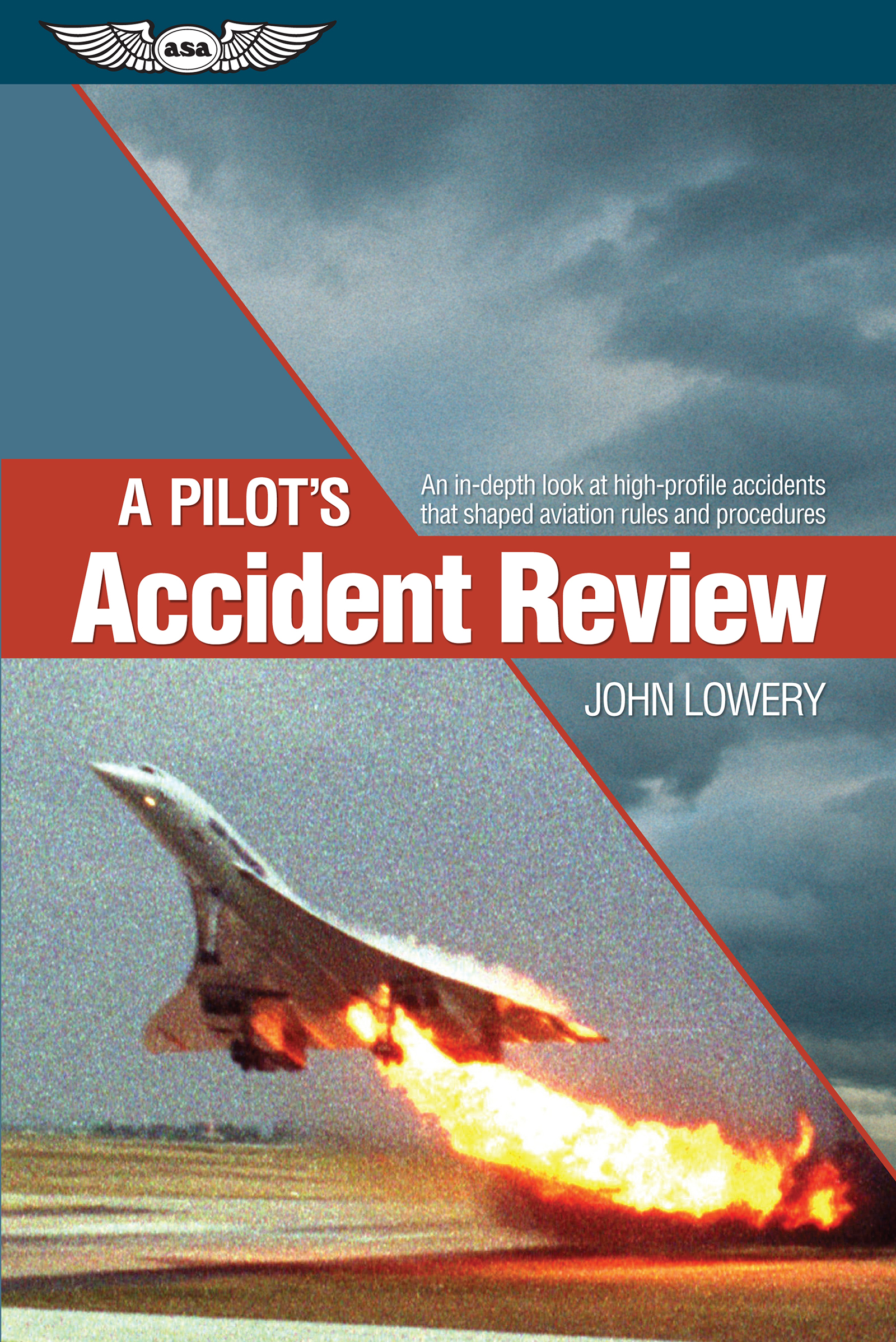 We often learn best by reviewing the mistakes of others. To this end, author John Lowery provides an in-depth analysis of prominent aviation accidents to illustrate the potential dangers during each phase of flight and the psychology behind pilot error. Lowery also demonstrates how a chain of errors—often originating from a pilot’s support team—can precipitate into fatal accidents. An understanding of these factors is key to training to become safer, more effective pilots-in-command.

A Pilot’s Accident Review provides pilots with a study of safety procedures in intense circumstances, and a survey of high-profile incidents designed to build awareness of the most preventable factors in pilot error. Covered are the primary causes of CFIT, as well as the human factors that can precipitate accidents—particularly complacency, over-confidence, and compulsion. Lowery discusses at length the JFK, Jr. and Concorde accidents, and those involving Frank Sinatra’s mother, Reba McIntire’s band, John Denver and Wiley Post.

Author John Lowery has been a flight instructor since 1961. He first soloed a Piper J-3 Cub on June 4, 1944 at age 16. Then, after graduating from Auburn University in 1951, he spent 23 years in the U.S.A.F. flying a variety of high performance aircraft. During a brief break in service in late 1955 he flew DC-3s for Western Airlines as a First Officer. He returned to the Air Force and subsequently lived and flew all over the world. Following his retirement from the Air Force in January 1975, he spent the next 24 years as a practicing flight instructor and FAA-Designated Pilot Proficiency Examiner in the Sabreliner corporate jet. In addition he was for some time a Pilot Examiner in the King Air turbo-prop series and various light airplanes.