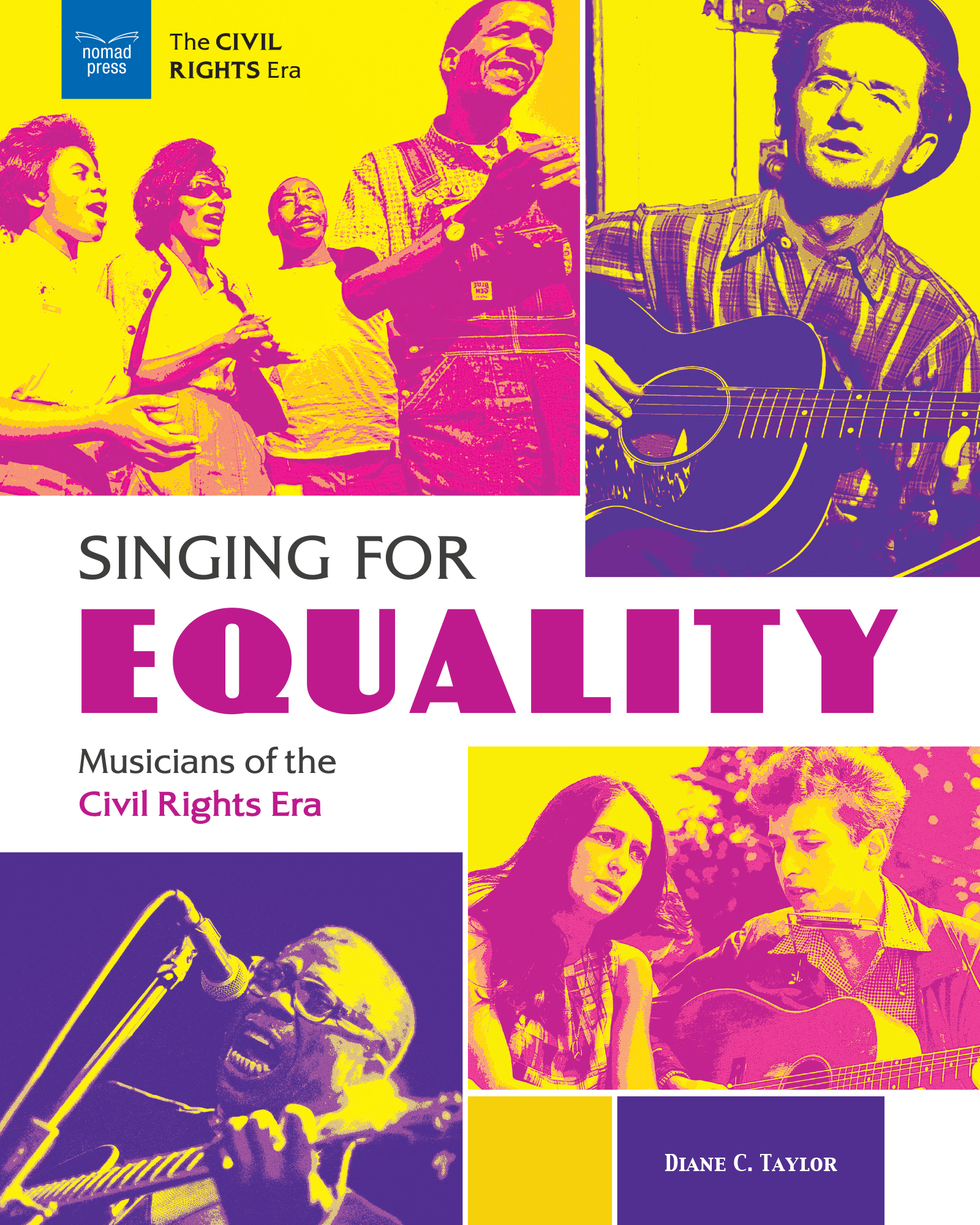 Musicians of the Civil Rights Era

A collective biography about five musicians and groups at the height of their careers, whose passion and talent influenced the civil rights movement. Part of a new series on the civil rights era for ages 12 to 15 from Nomad Press.

Singing for Equality: Musicians of the Civil Rights Era introduces readers aged 12 to 15 to the history of the civil rights movement and explores the vital role that music played in the tumultuous period of American history of the 1950s, ’60s, and ’70s. As protests, demonstrations, rallies, and new laws characterized the civil rights movement and brought about change to the socially unjust systems of racial and gender oppression, music provided a soundtrack.

The heart of the civil rights movement beats in the music and musicians of the times, whose work was both an inspiration and a reflection of the changes happening in America and to its people. Bob Dylan, Mavis Staples and the Staple Singers, Nina Simone, Sam Cooke, and James Brown all epitomized the passion and commitment shown by those involved in the movement, and portrayed the struggles encountered by an entire race of people with gritty beauty and moving calls to action and thought. Their art was not just background music to the civil rights movement. It expressed and recorded for future generations the emotional and political turmoil of the American soul. In this book, hands-on projects and research activities alongside essential questions, links to online resources, and text-to-world connections promote a profound understanding of history and offer opportunities for social-emotional learning.

About the Civil Rights Movement series and Nomad Press

All books are leveled for Guided Reading level and Lexile and align with Common Core State Standards and Next Generation Science Standards.

All titles are available in paperback, hardcover, and ebook formats.

Diane C. Taylor is a freelance writer whose published works include both fiction and nonfiction. She is the author of The Science of Natural Disasters: When Nature and Humans Collide; Gutsy Girls Go for Science: Engineers; The Renaissance Thinkers; and The Renaissance Artists. Diane lives in Bowling Green, Kentucky.