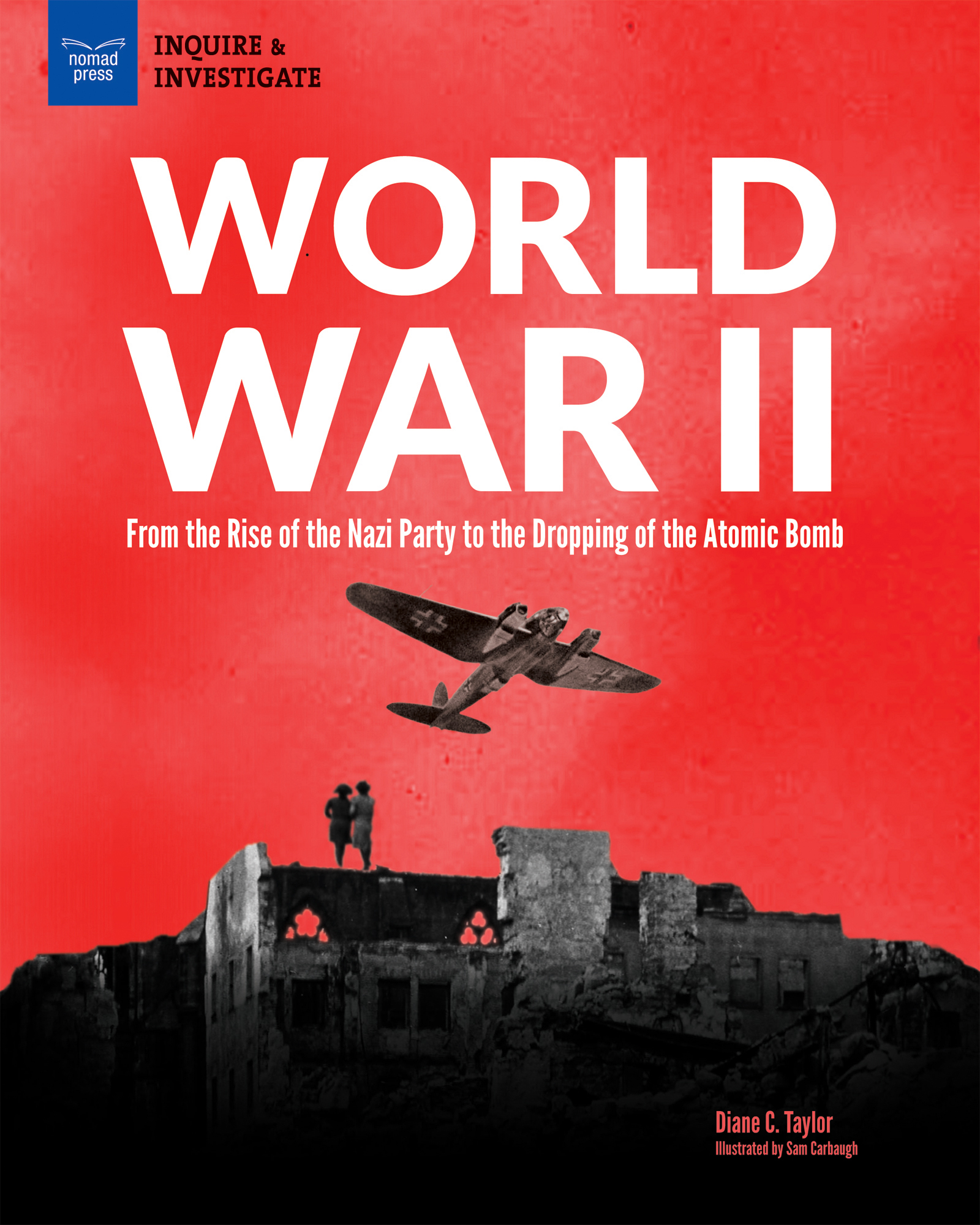 Why did the world find itself immersed in another global conflict only two decades after World War I?

World War II: From the Rise of the Nazi Party to the Dropping of the Atomic Bomb introduces kids ages 12 to 15 to the political, military, and cultural forces that shook the globe from 1939 to 1945 and beyond. This book offers a clear examination of the events leading up to, during, and after WWII and the repercussions of these events on populations around the world, including the Holocaust, the systematic murder of 11 million people.

World War II is one book in a set of four that explore great events of the twentieth century. Inquire and Investigate titles in this set include The Vietnam War; World War II: From the Rise of the Nazi Party to the Dropping of the Atomic Bomb; Globalization: Why We Care About Faraway Events; and The Space Race: How the Cold War Put Humans on the Moon.

Nomad Press books in the Inquire & Investigate series integrate content with participation, encouraging older readers to engage in student-directed learning as opposed to teacher-guided instruction. This student-centered approach provides readers with the tools they need to become inquiry-based learners. Common Core State Standards, the Next Generation Science Standards, and STEM Education all place project-based learning as key building blocks in education. Combining content with inquiry-based projects stimulates learning and makes it active and alive. Consistent with our other series, all of the activities in the books in the Inquire & Investigate series are hands-on, challenging readers to develop and test their own hypotheses, ask their own questions, and formulate their own solutions. In the process, readers learn how to analyze, evaluate, and present the data they collect. As informational texts our books provide key ideas and details from which readers can work out their own inferences. Nomad’s unique approach simultaneously grounds kids in factual knowledge while allowing them the space to be curious, creative, and critical thinkers.

Diane C. Taylor is a freelance writer whose published works include both fiction and nonfiction. She has written educational material for a nonprofit arts program in Dallas, Texas, and has been an English instructor for students in middle school, high school, and college. Diane lives in Bowling Green, Kentucky.