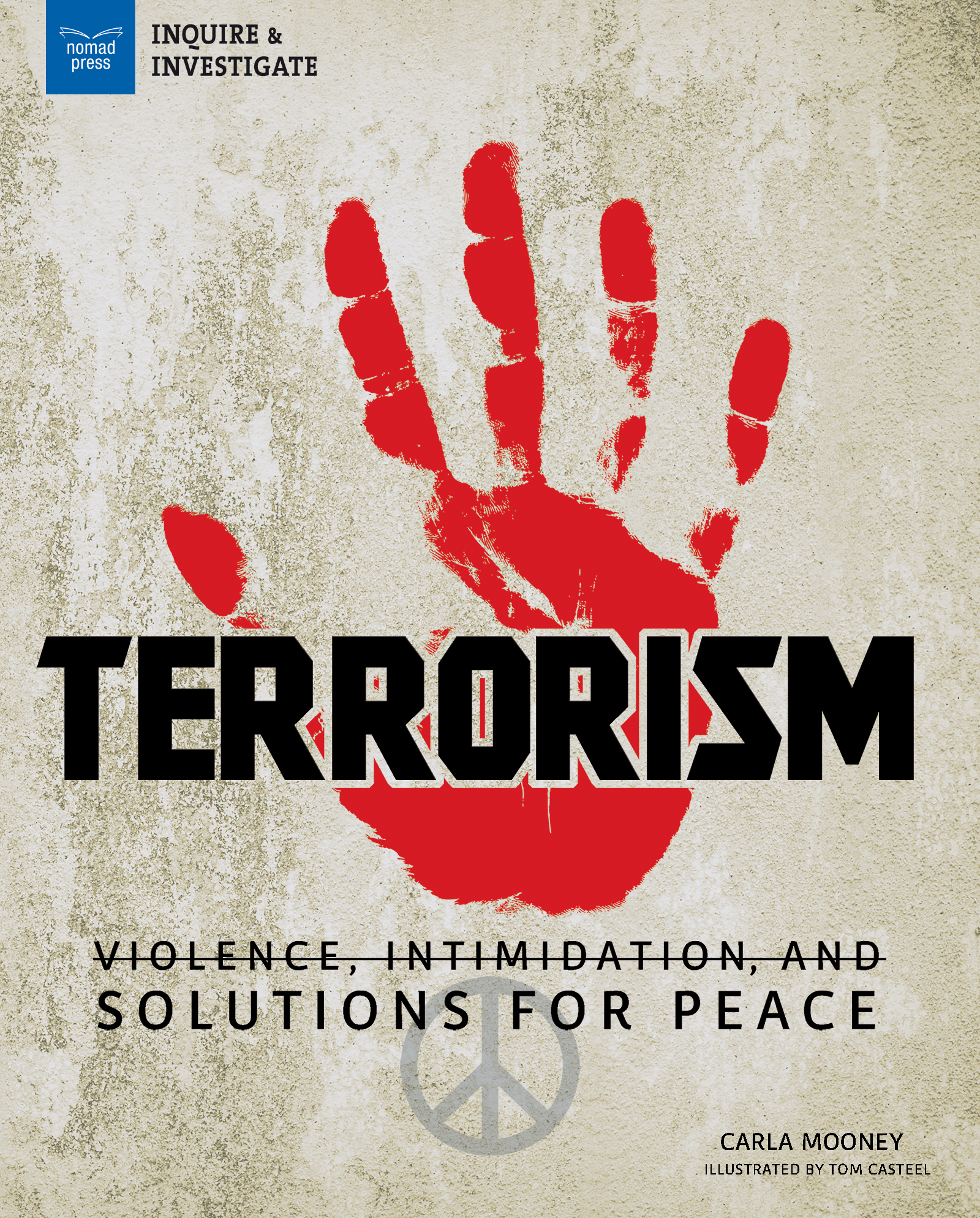 Violence, Intimidation, and Solutions for Peace

On September 11, 2001, terrorist attacks in New York City, Washington DC, and Pennsylvania changed the global community, pushing terrorism into the spotlight, and triggering a series of world events that included the invasion of Afghanistan and the Iraq War. For many people in the United States, it was their first experience of terrorism in their home country. Terrorism is a global phenomenon that affects many people worldwide, yet it is not a new problem—terrorism has a long history dating back to ancient societies. For generations, terrorist attacks have been carried out against people of all nationalities and ethnic and religious backgrounds. Recent terrorist attacks in Belgium, California, and France demonstrate that the threat of terrorism continues and prompts many questions. Who are the terrorists? What are their motives? And how can we stop the violence? Terrorism: Violence, Intimidation, and Solutions for Peace examines the history of terrorism, its current forms, different causes for it, the effects of terrorism on countries and communities, the psychology of recruiting, who is attracted to it, and how they become engaged. This book explores how terrorism is defined and the motives and methods behind these violent acts. It also encourages students to think critically about current and future efforts to prevent terrorist attacks. Open-minded, investigative projects encourage readers to brainstorm problem-solving strategies to prevent terrorism and to help communities recover after an event. Terrorism teaches students about a crucial topic in an objective, fact-based way that promotes empowerment and understanding. Throughout Terrorism, stories of resilience and kindness are featured alongside realistic, respectful stories of tragedy, allowing students to perceive the harsh reality of the phenomenon without losing sight of the eternal capacity for hope. Investigations and experiments provide hands-on, problem-solving opportunities for students while links to online primary sources and other pertinent resources allow students to independently indulge their own curiosity and follow trails of academic and personal significance.