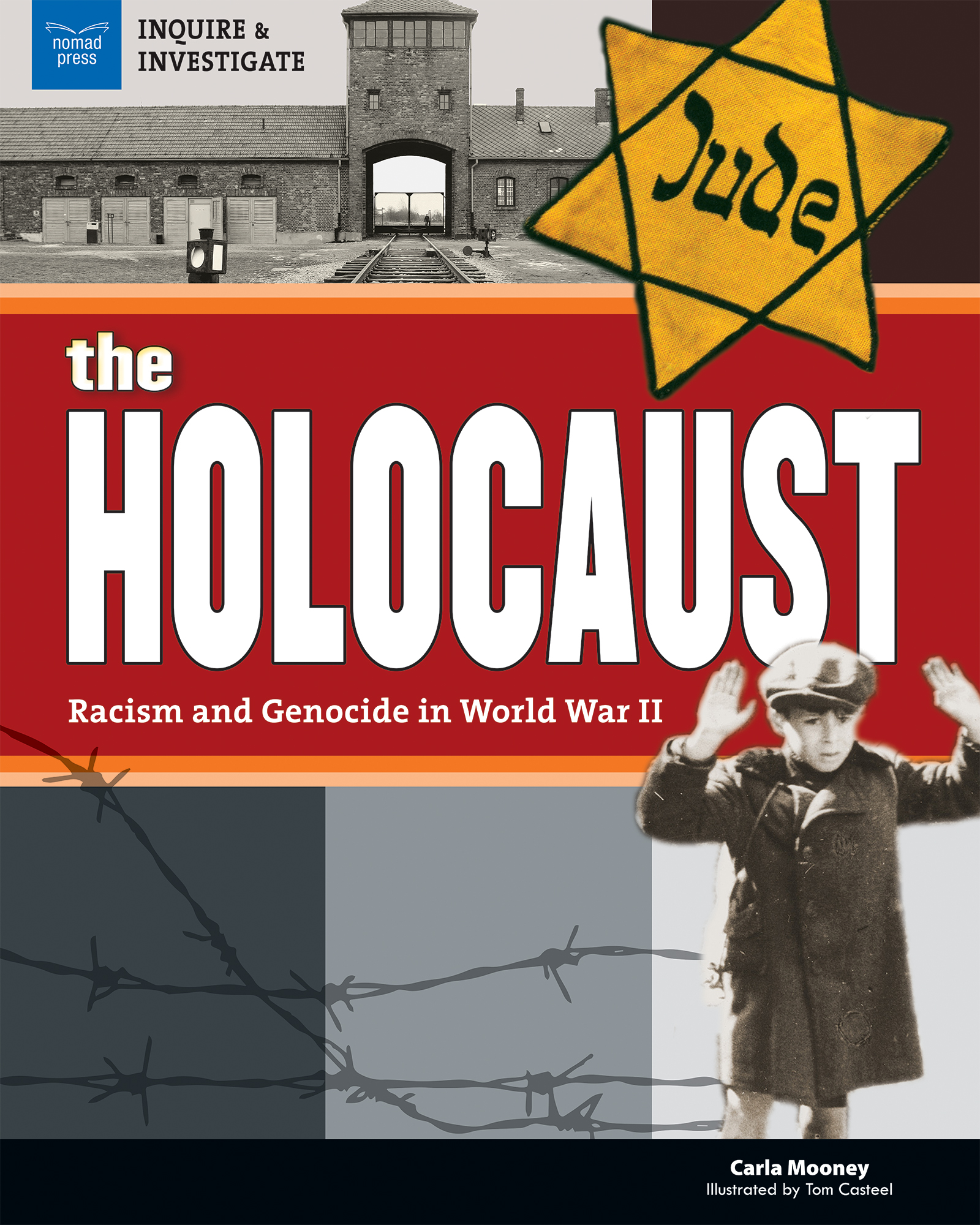 What would your life be like if you were a Jewish person living in Nazi Germany in 1940?

You might be forced to leave your home with only what you and your family could carry. You might even be killed by members of the Nazi party.

The Holocaust is a grim period in human history. More than 11 million people, including 6 million Jewish people, died at the hands of the Nazis. In The Holocaust: Racism and Genocide in World War II, readers ages 12 to 15 learn about the long history of anti-Semitism, the rise of Adolf Hitler and the Nazi party, the increasing persecution of Jewish people and other populations, and the events of “The Final Solution,” the attempt to exterminate an entire race of people through industrialized death camps.

Projects such as writing letters in the voices of teenagers of different races who lived in the 1930s help infuse the content with realism and the eternal capacity for hope. In-depth investigations of primary sources from the period allow readers to engage in further, independent study of the times. Additional materials include links to online primary sources, a glossary, a list of current reference works, and Internet resources.

Nomad Press books in the Inquire & Investigate series integrate content with participation, encouraging older readers to engage in student-directed learning as opposed to teacher-guided instruction. This student-centered approach provides readers with the tools they need to become inquiry-based learners. Common Core State Standards, the Next Generation Science Standards, and STEM Education all place project-based learning as key building blocks in education. Combining content with inquiry-based projects stimulates learning and makes it active and alive. Consistent with our other series, all of the activities in the books in the Inquire & Investigate series are hands-on, challenging readers to develop and test their own hypotheses, ask their own questions, and formulate their own solutions. In the process, readers learn how to analyze, evaluate, and present the data they collect. As informational texts our books provide key ideas and details from which readers can work out their own inferences. Nomad’s unique approach simultaneously grounds kids in factual knowledge while allowing them the space to be curious, creative, and critical thinkers. Soon they’ll be thinking like scientists by questioning things around them and considering new approaches.

Carla Mooney is the author of several Nomad Press books including Comparative Religion: Investigate the World Through Religious Tradition, The U.S. Constitution: How Democracy Works, and The Industrial Revolution: Investigate How Science and Technology Changed the World. Carla lives in Pittsburgh, Pennsylvania.

Tom Casteel is an illustrator and cartoonist with a master's degree from the Center for Cartoon Studies. Tom has illustrated several books for Nomad Press, including The Brain: Journey Through the Universe Inside Your Head; Cities: Discover How They Work; and Human Migration: Investigate the Global Journey of Humankind. Tom lives in South Bend, Indiana.