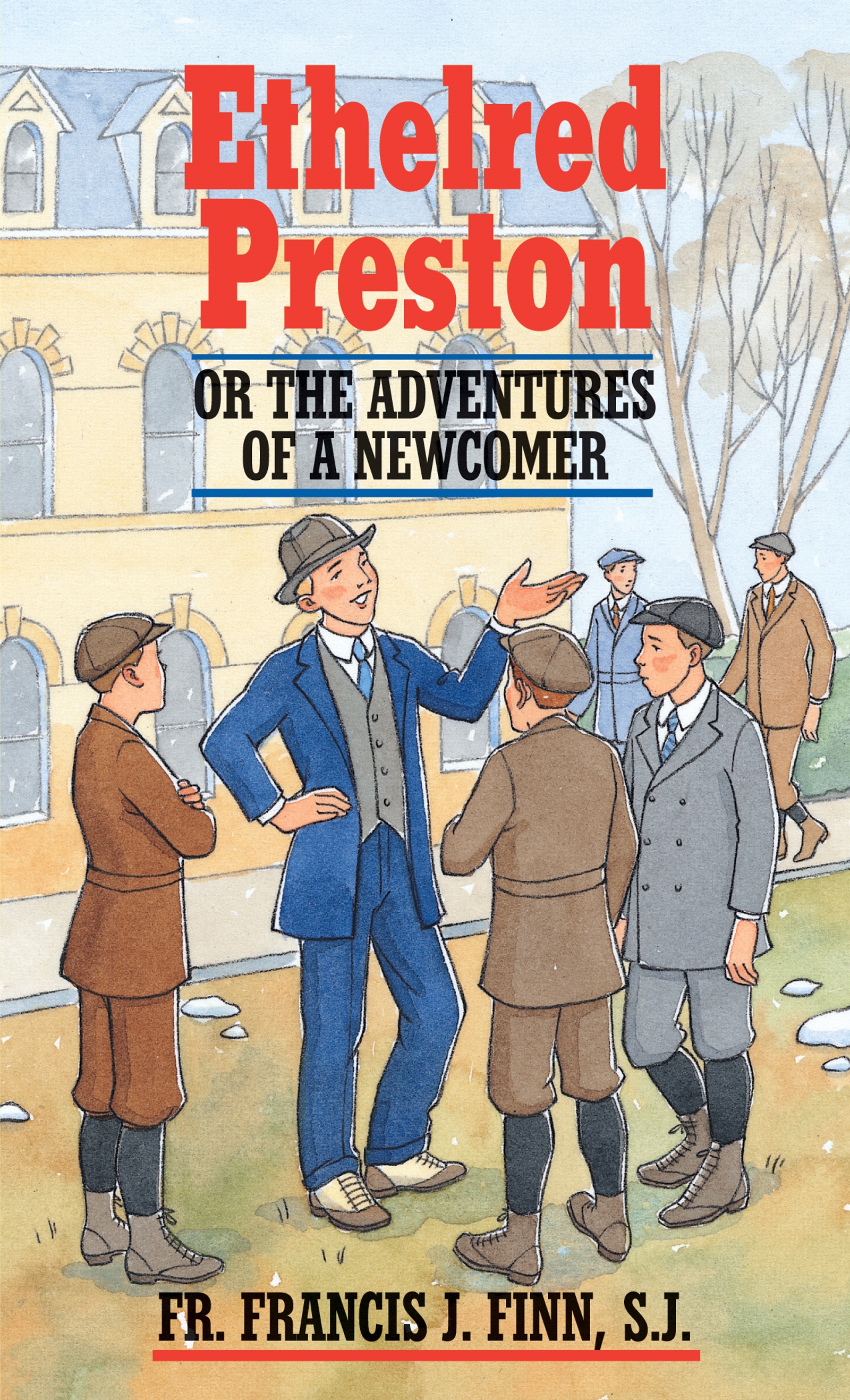 Or the Adventures of a Newcomer

In this book, the new kid certainly livens things up at Henryton boarding academy! Again, Fr. Finn covers a host of Catholic topics and presents a great picture of the All-American boy!

Father Francis J. Finn was born to Irish immigrant parents at St. Louis, Missouri in 1859. He loved to read Charles Dickens works as a boy, including The Pickwick Papers, and eventually became a priest thanks to the influence of Father Charles Coppens. After graduating from St. Louis University, he became a Jesuit and was ordained a priest in 1893. He had already begun writing his debut novel Tom Playfair prior to this, as he was assigned to St. Mary s College in Kansas and dealt with unruly boys on a daily basis. He went on to write twenty-seven other books, and his novels for children were very successful. He was much loved by young people, and thousands of them gathered to honor his death in 1928. Francis Finn also wrote That Football Game, Claude Lightfoot, Ethelred Preston, Lucky Bob, His Luckiest Year, Facing Danger, and Cupid of Champion.