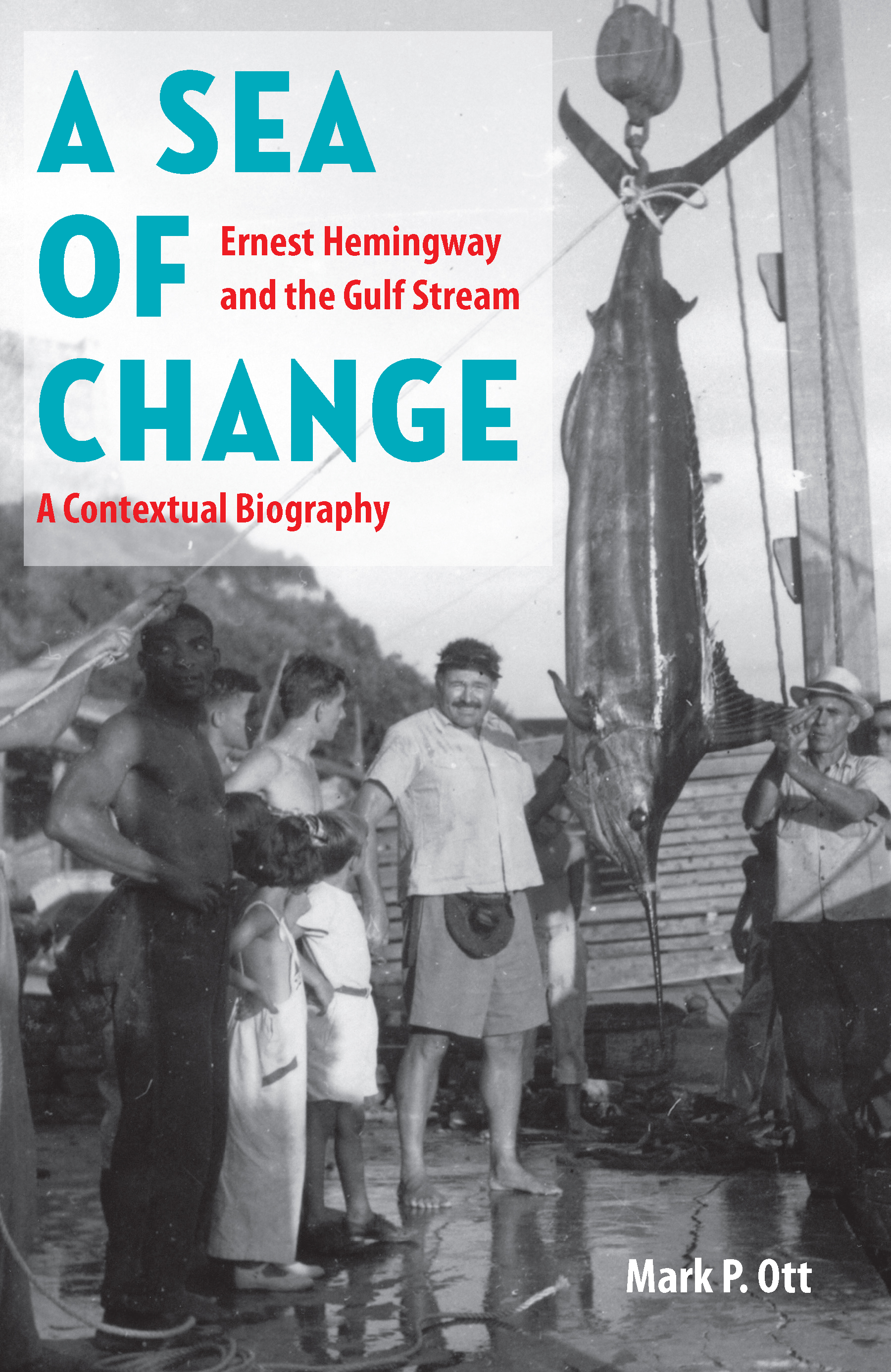 A Sea of Change

Ernest Hemingway and the Gulf Stream - a Contextual Biography

A fresh perspective on Hemingway's work

Early in his career, when To Have and Have Not was published, Ernest Hemingway's portrayal of themes, setting, and character was often compared to Cezanne's art - abstract. By contrast, in 1952, with the publication of The Old Man and the Sea, his style was described as comparable to Winslow Homer's - realistic.

At the center of this evolution is the contention that Hemingway's preoccupation with and scientific study of life in the Gulf Stream moved his theory and practice of writing away from the Paris art circle of the 1920s to the new realism of the 1950s. A Sea of Change explores the importance of Hemingway's relationship to the waters of the Gulf Stream that transformed his imaginative work.

Drawing primarily on Ernest Hemingway's handwritten and unpublished fishing logs and from published and unpublished correspondence and newspaper articles, Mark P. Ott structures this literary biography chronologically to tell the story of Hemingway's life as it becomes immersed in the Gulf Stream. Ott connects To Have and Have Not and
The Old Man and the Sea with Hemingway's philosophical and stylistic transformation as he became increasingly educated in the natural world.

A Sea of Change is the first study to examine Hemingway's complex relationship with the Gulf Stream and how it transformed his fiction.

Mark P. Ott teaches at Deerfield Academy in Massachusetts. Ott has presented academic papers at international Hemingway conferences in Spain, Cuba, Oak Park, Bimini, Italy, and Key West, and his scholarship has been published in The Hemingway Review. He has been awarded grants from The Ernest Hemingway Society, The Ernest Hemingway Collection at the John F. Kennedy Library, and the Arts and Sciences Advisory Council of the University of Hawaii-Manoa.