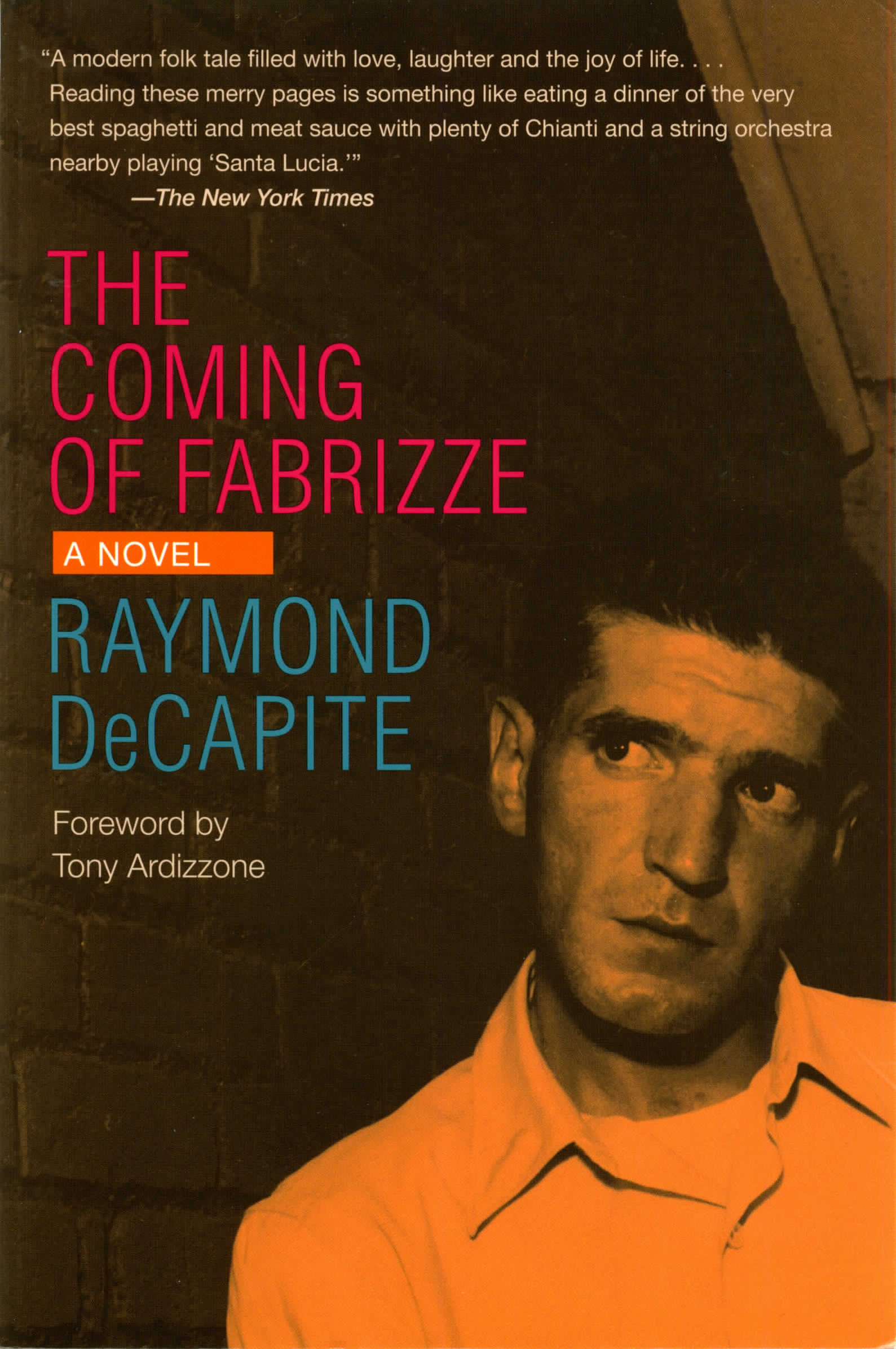 First published in 1960, The Coming of Fabrizze has been called by the New York Herald Tribune a “comic folklore festival about an Italian American colony in Cleveland, Ohio, back in the 1920s when all the land was a little slaphappy—and no one more so than these transplanted countrymen of the Medicis, Giuseppe Garibaldi, Christopher Columbus… and others whose hearts have belonged to Italia.” More a myth or a legend than a realistic novel or sociological novel, Fabrizze is a celebration of the working class and a heroic tale of an immigrant who succeeds by virtue of hard work and honesty. Author Raymond DeCapite’s characterizations of Italian Americans in Cleveland have been compared to the depictions of Armenian Americans in the early writing of William Saroyan, and Ann Ross of the New York Herald Tribune said that DeCapite’s “greatest achievement is his ability to achieve tenderness without sentimentality.”

“A modern folk tale filled with love, laughter and the joy of life.… Reading these merry pages is something like eating a dinner of the very best spaghetti and meat sauce with plenty of Chianti and a string orchestra nearby playing ‘Santa Lucia.’” —The New York Times

“This absolute gem of a novel remains fresh. The story of a community of Italian immigrants who settle on the South Side of Cleveland during the 1920s and put their hands to work laying track for the mighty railroad heading west, DeCapite’s debut novel is a book for the ear, a joyous celebration of voices, a sweet American hymn.”—from the Foreword

“The truth is, Fabrizze is the boss of everything and everybody in this beguiling haven of song, drink, food and perpetual talk that sounds like poetry.… Fabrizze of the golden hair and the big smile, is larger than life, and in general handsomer. ”—New York Herald Tribune