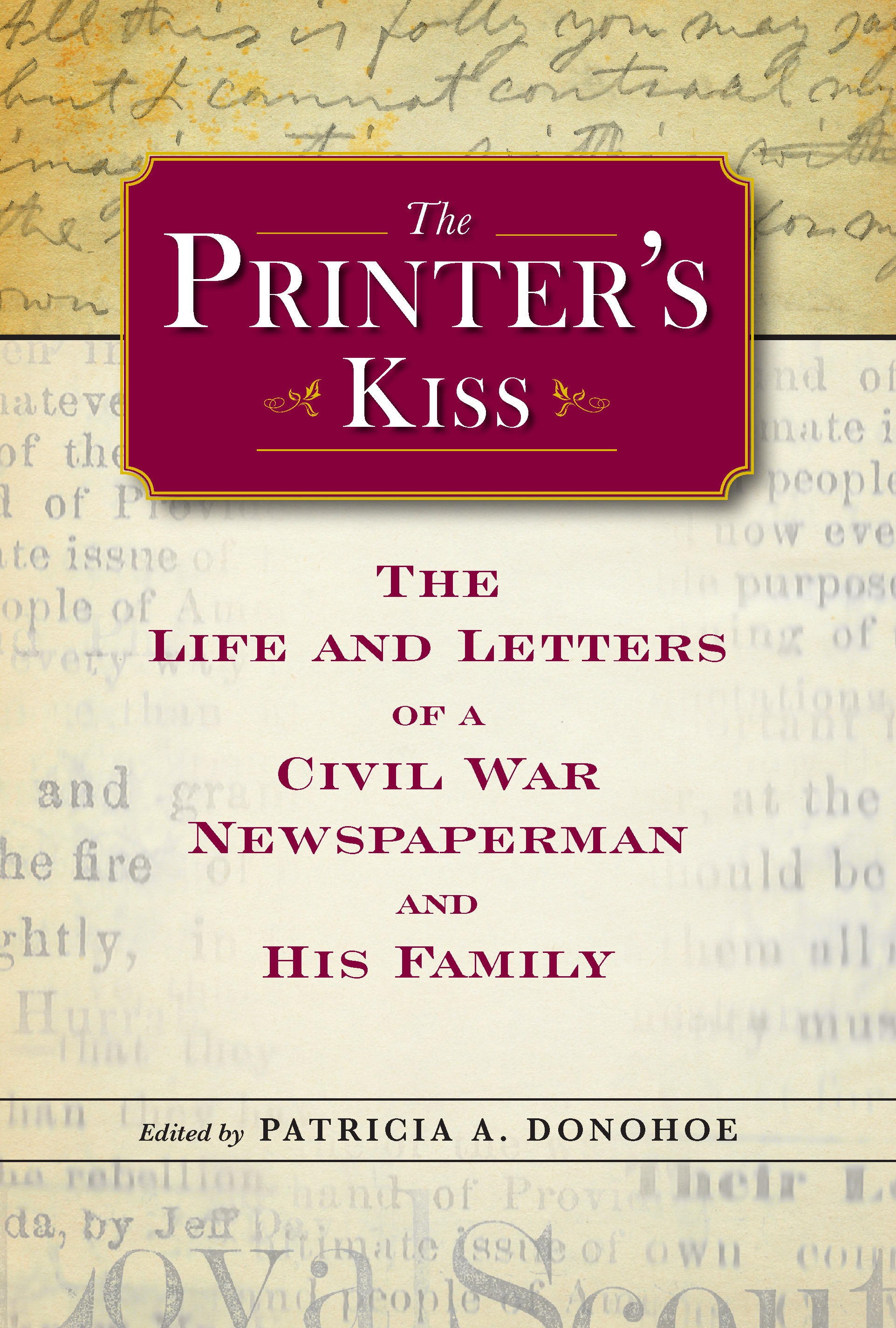 In language that resonates with power and beauty, this compilation of personal letters written from 1844 to 1864 tells the compelling story of controversial newspaper editor Will Tomlinson, his opinionated wife (Eliza Wylie Tomlinson), and their two children (Byers and Belle) in the treacherous borderlands around that "abolitionist hellhole," Ripley, Ohio. The Printer's Kiss includes many of Tomlinson's columns that appeared in the Ripley Bee, the local Ripley newspaper, and excerpts from a short story in the Columbian Magazine. It features many of his letters to his family and a remarkable number of letters from Eliza and the children to Tomlinson while he was away during the Civil War, serving variously as quartermaster sergeant for the Fifth Ohio, as captain of a company of counterinsurgents in West Virginia, as an independent scout and spy in Kentucky, as a nurse on a hospital boat, and as a compositor for the Cincinnati Gazette.

During his career, Tomlinson published ten newspapers in Ohio and one in Iowa, where he lived from 1854 to 1860. Described by his contemporaries as brilliant and erratic, coarse and literary, Tomlinson left a trail of ink covering topics ranging from antislavery sentiment to spiritualist fervor and partisan politics. His personal writings reveal the man behind the press, disappointed by his weakness for alcohol and by Eliza's refusal to condone his plan to raise a Negro company.  His eloquent descriptions ache with the discomfort of standing fourteen hours at a compositor's table, shooting cattle to feed soldiers, and having to defend himself against accusations of adultery. Tomlinson was fatally shot by a Kentucky Copperhead in 1863.

Eliza's letters pulse with the fears of a Union family on the lookout for slave hunters, Morgan's Raiders, and bad news from the battlefield. Like her husband, she freely condemns inept politicians and southern rebels. She also questions her husband's military competence, but she usually writes about domestic matters - the children, friends, and finances.

The intimate details in these letters will engage readers with suspenseful accounts of survival in the borderlands during the Civil War, camp life, and guerrilla warfare and commentary on political and military events, journalism in the mid-1800s, and the roles of women and children. Most importantly, readers will be exposed to the story of how one articulate and loyal Union family refused to give up hope when faced with tragic disruption.

Patricia A. Donohoe, great-great-granddaughter of Will and Eliza Wylie Tomlinson, believes a good story connects people. Her careers have included teaching college English, editing an alumni magazine, directing a public relations staff at a large community college, and serving as an ordained minister in the Presbyterian Church (U.S.A.).