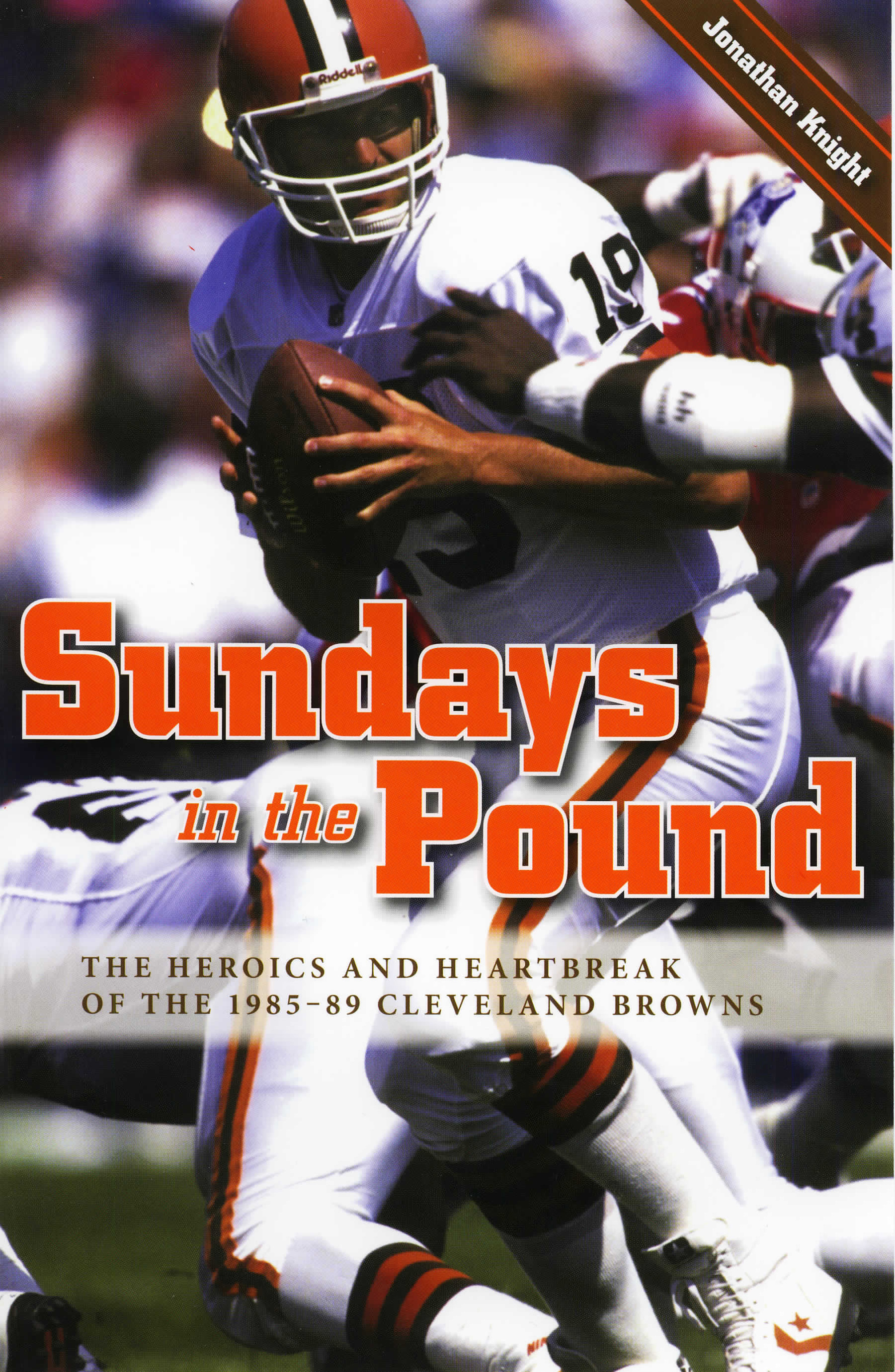 Sundays in the Pound

The Heroics and Heartbreak of the 1985-89 Cleveland Browns

The essential guide to every game in Browns history

Every Sunday in autumn, a new chapter is written in the long and storied history of the Cleveland Browns. Win or lose, with each contest, the mythos of this beloved franchise is extended and enriched in the hearts of the sport’s most loyal fans.

The team has played nearly one thousand games over the past eight decades, and The Browns Bible tells the tale of each one. Through individual game stories and box scores, it encapsulates every victory, every defeat, every touchdown from 1946 to the present. The most comprehensive account of the Cleveland Browns ever written, The Browns Bible narrates the legend of this cherished franchise season by season and week by week as it gradually wove itself into the fabric of the city’s culture—starting with its dominance of the All-America Football Conference and continuing through the glory years of the 1950s, the Kardiac Kids and Dog Pound eras, and the franchise’s rebirth in the twenty-first century.

Within these pages are snapshots of the drama inherent in each contest, from crisp clashes under the bright autumn sun to gridiron wars fought in the bitter cold of winter. Readers will relive the ultimate highs and the heartbreaking lows, the moments quickly forgotten and those remembered forever. Through these vignettes, the heroics of celebrated players of the past unfold: the achievements of Otto Graham, Lou Groza, Jim Brown, Leroy Kelly, Brian Sipe, Bernie Kosar, and countless others who created and strengthened this team’s legacy through the generations.

From Sunday-afternoon spectacles to Monday-night madness, from the Shamrock Bowl to the Playoff Bowl, The Browns Bible is the definitive guide to one of the most enduring teams in professional sports.