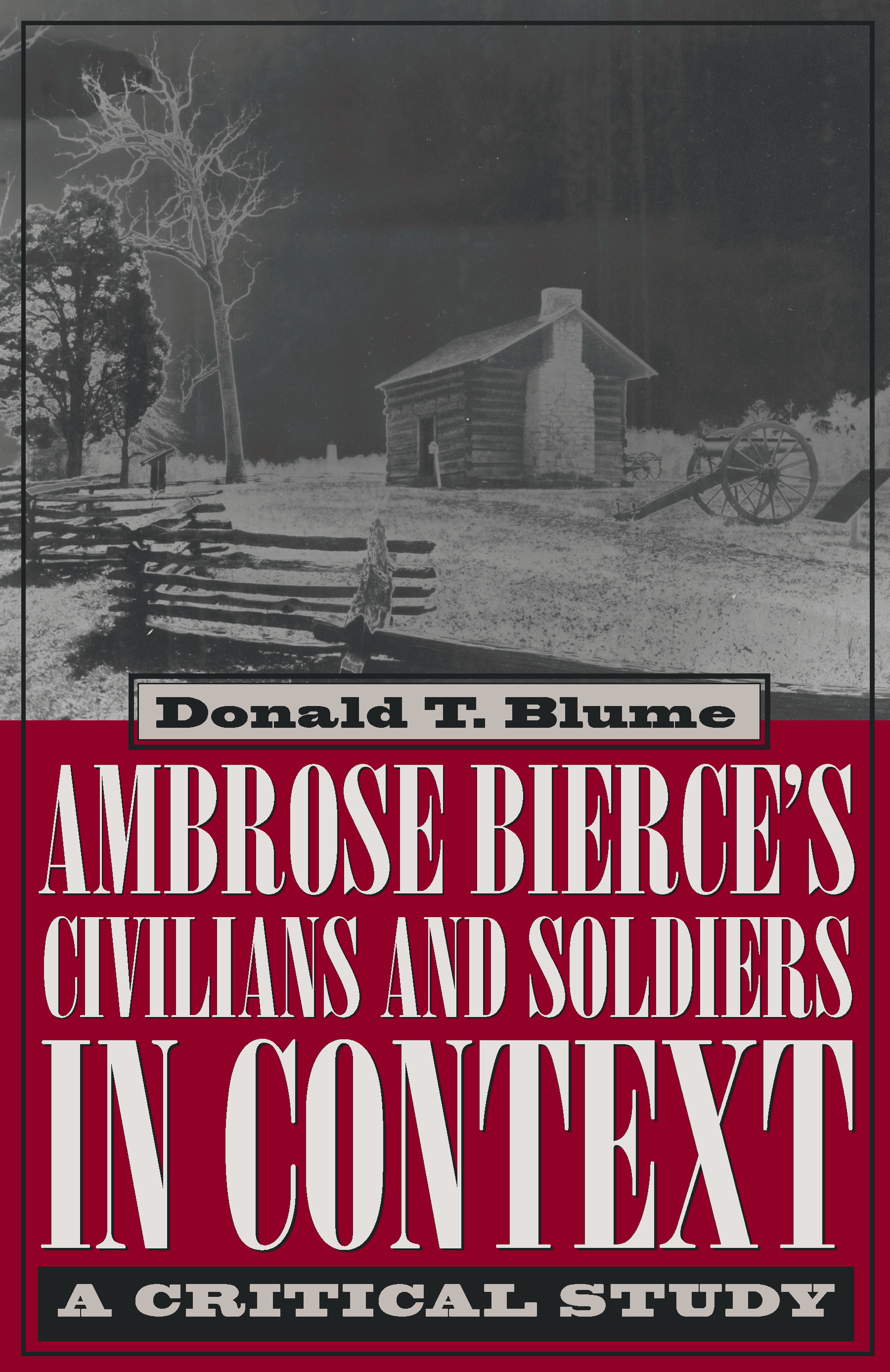 Ambrose Bierce’s In the Midst of Life, the second volume of The Collected Works of Ambrose Bierce, is hailed by critics and scholars alike as his most important literary work. In Ambrose Bierce’s Civilians and Soldiers in Context: A Critical Study, Donald T. Blume refutes this and instead identifies Bierce’s original 1892 collection as his most definitive and authoritative work. The two subsequent collections, appearing in 1898 and 1909, although containing subtle clues pointing back to the importance of the 1892 collection, are in their primary effect literary red herrings.

This new study reveals that the nineteen stories that comprised the original Tales of Soldiers and Civilians consist of carefully developed and interrelated meanings and themes that can only be fully understood by examining the complex circumstances of their original productions. By considering each of the nineteen tales in the order in which they were first published and by drawing heavily on contemporary related materials, Blume re-creates much of the original milieu into which Bierce carefully placed his short stories. Blume systematically examines many of Bierce’s editing flaws, exposing that Bierce’s decisions often weakened the original literary merits of his stories. Ultimately this story reveals, tale by tale and layer by layer, that the nineteen stories included in Bierce’s 1892 collection were masterpieces of fiction, destined to become classics. Historians and Civil War enthusiasts, as well as literary scholars, will welcome this new study.