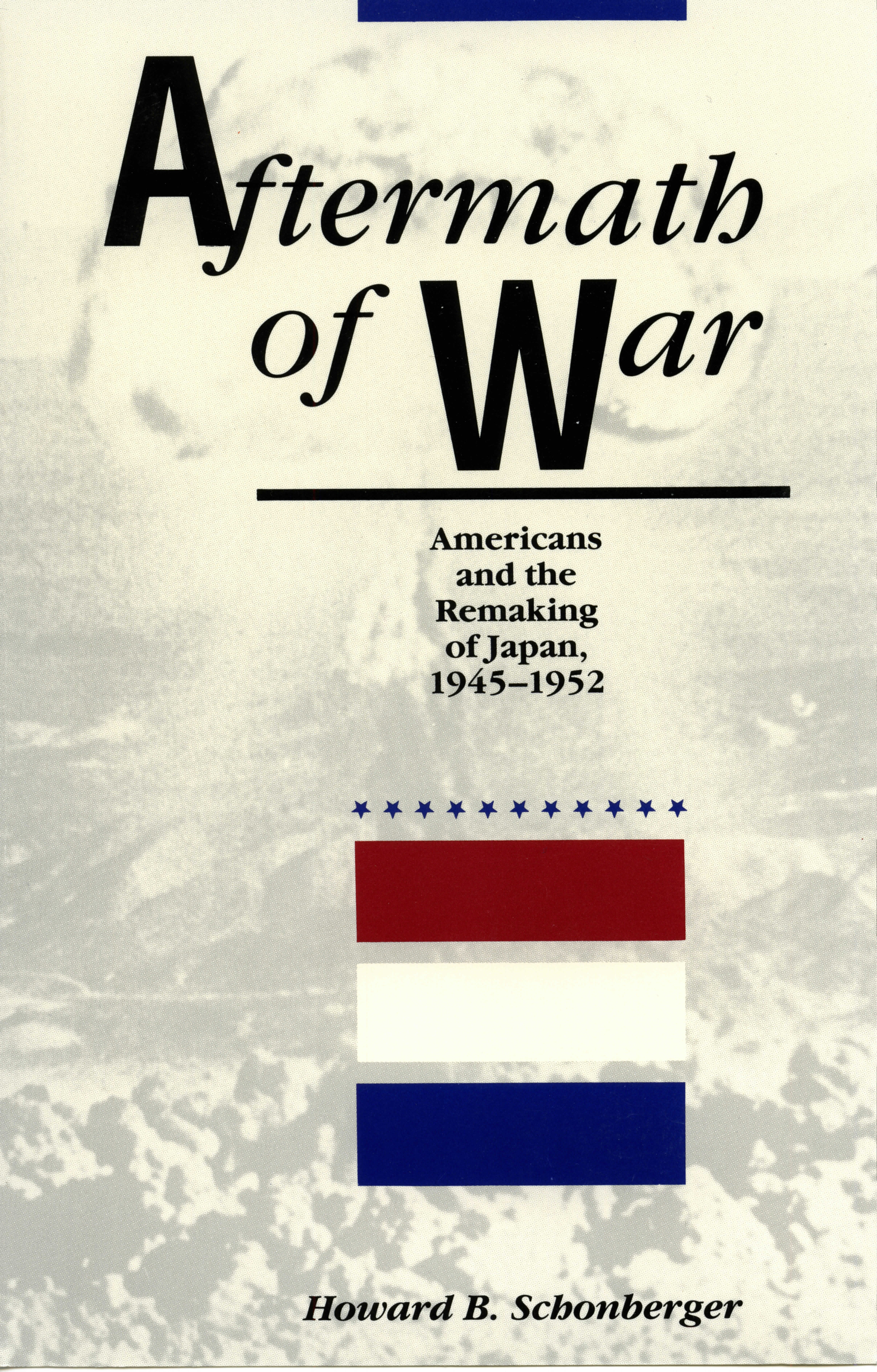 Americans and the Remaking of Japan

With the fighting in World War II over in mid-August 1945, more than one-half million American troops moved to occupy Japan. Much of the country was ruined, buried under the rubble and debris of saturation bombing and the atomic blasts over Hiroshima and Nagasaki. Japan’s rulers were stunned by defeat, and its people resigned to whatever the victors might impose upon them. Aftermath of War described the American transformation of Occupied Japan to be the greatest success story of United States policy in Asian. Howard Schonberger argues that this success came at a high price. Many of the popularity supported democratic reforms promoted by Americans in the early years of the Occupation were scuttled. Asian peoples developed a fear of the new Japan as a junior partner of the United States in opposing their legitimate revolutionary aspirations. Finally Japanese exports have triggered a dangerous xenophobic reaction in the United States in recent years. Schonberger recounts the rise of the new Japan through the eyes of eight Americans centrally engaged in events of the Occupation. Aftermath of War provides insights into the recent conflicts between the U.S. and Japan and recaptures the ideological debate within the United States over the future course of Japan. It implicitly suggests that Americans and Japanese seriously reconsider the post-surrender reform agenda rejected by official American policy after 1947.