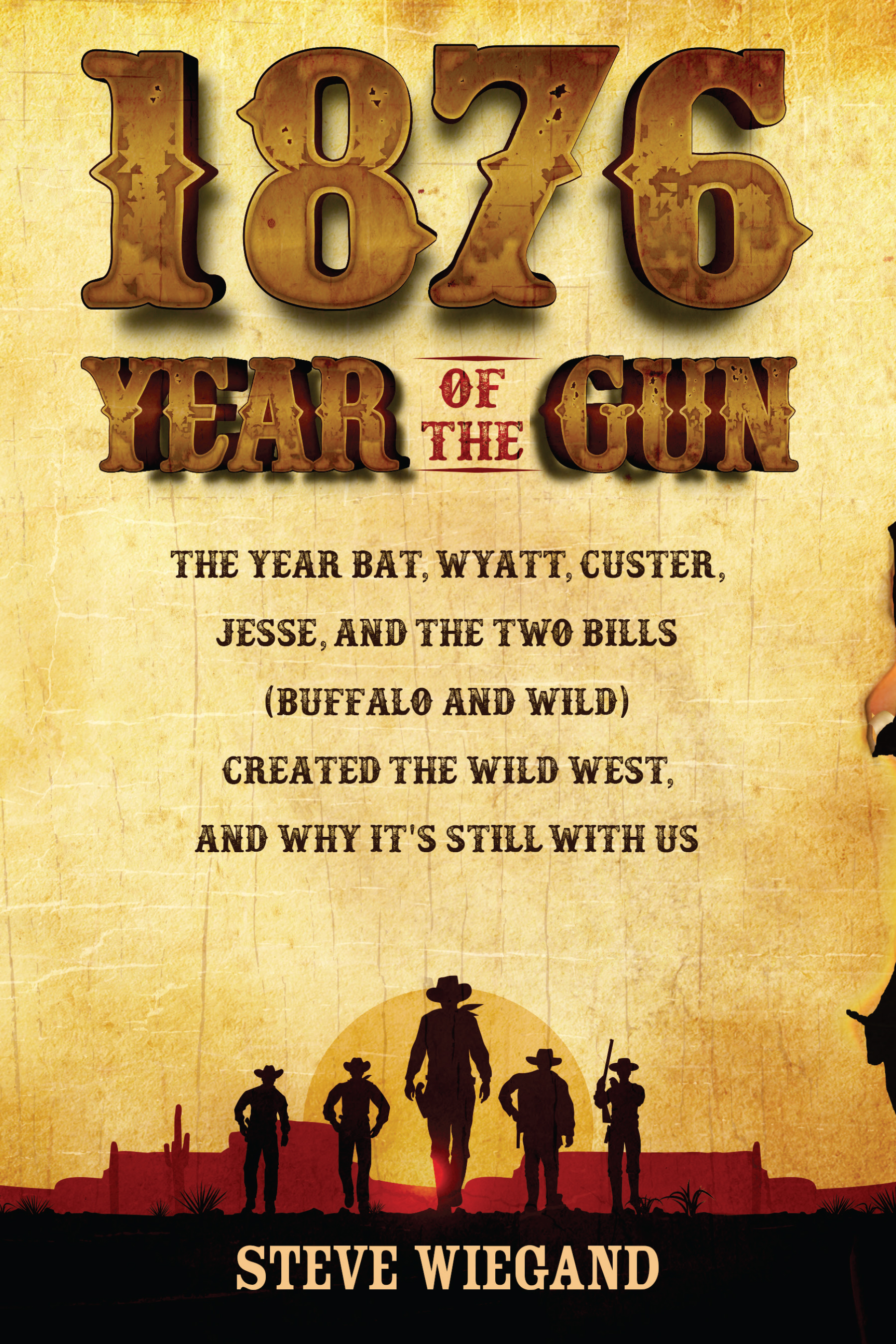 The Year Bat, Wyatt, Custer, Jesse, and the Two Bills (Buffalo and Wild) Created the Wild West, and Why It's Still With Us

Veteran journalist and historian Steve Wiegand takes readers across the post-Civil War Wild West. Wiegand introduces—or re-introduces—us to lawmen such as Bat Masterson and Wyatt Earp and outlaws such as the Younger and James Brothers, as well as larger-than-life figures such as Buffalo Bill and George Custer. He details the stories of these real-life legends, the aftermath and legacies they left behind, and the innumerable myths frequently attributed to them. Juxtaposing their real lives with the often-outlandish accounts of their exploits, 1876 swings from lighthearted humor to cliff-hanger suspense. It also portrays how the Wild West's initial, tantalizing promise of fame and glamour often disintegrated.

But 1876 also offers readers a unique element noticeably absent from most Wild West books: historical context. Wiegand expands his contemporary spotlight on America's 100th birthday year to encompass what was going on in the rest of the country. On the very same day George Armstrong Custer was dying on a parched hill in southeastern Montana and immortalizing himself as both hero and villain, Alexander Graham Bell was at America's first World's Fair in Philadelphia, demonstrating his new invention—the telephone. At the same time Wyatt Earp was moseying into Dodge City to join the town's police force, Albert Goodwill Spalding was on a pitcher's mound in Chicago, establishing baseball as the national pastime and creating a sporting goods empire. And even as the James Boys and Younger Brothers were robbing banks, Democrats and Republicans were conspiring to steal the White House from the American voter. This book brings them all together in one place.

Fueled by the author's childhood interest in cowboys, train and bank robberies, and high noon shootouts, and their portrayal in iconic TV shows, 1876 is a delightful homage to famous Wild West figures who, with media help, helped shape the American character.

Steve Wiegand is an award-winning journalist and history writer. His 35-year journalism career was spent at the at the San Diego Evening Tribune, where he was chief political writer; San Francisco Chronicle, where he was state capitol bureau chief; and Sacramento Bee, where he was a special projects writer and politics columnist. He is the author, co-author or contributing author of nine books, includ­ing The Dancer, the Dreamers and the Queen of Romania; U.S. History for Dummies; the Mental Floss History of the World; The American Revolution for Dummies and Lessons from the Great Depression for Dummies. He lives in Arizona, where he enjoys playing poker and the harmonica, although usually not at the same time.