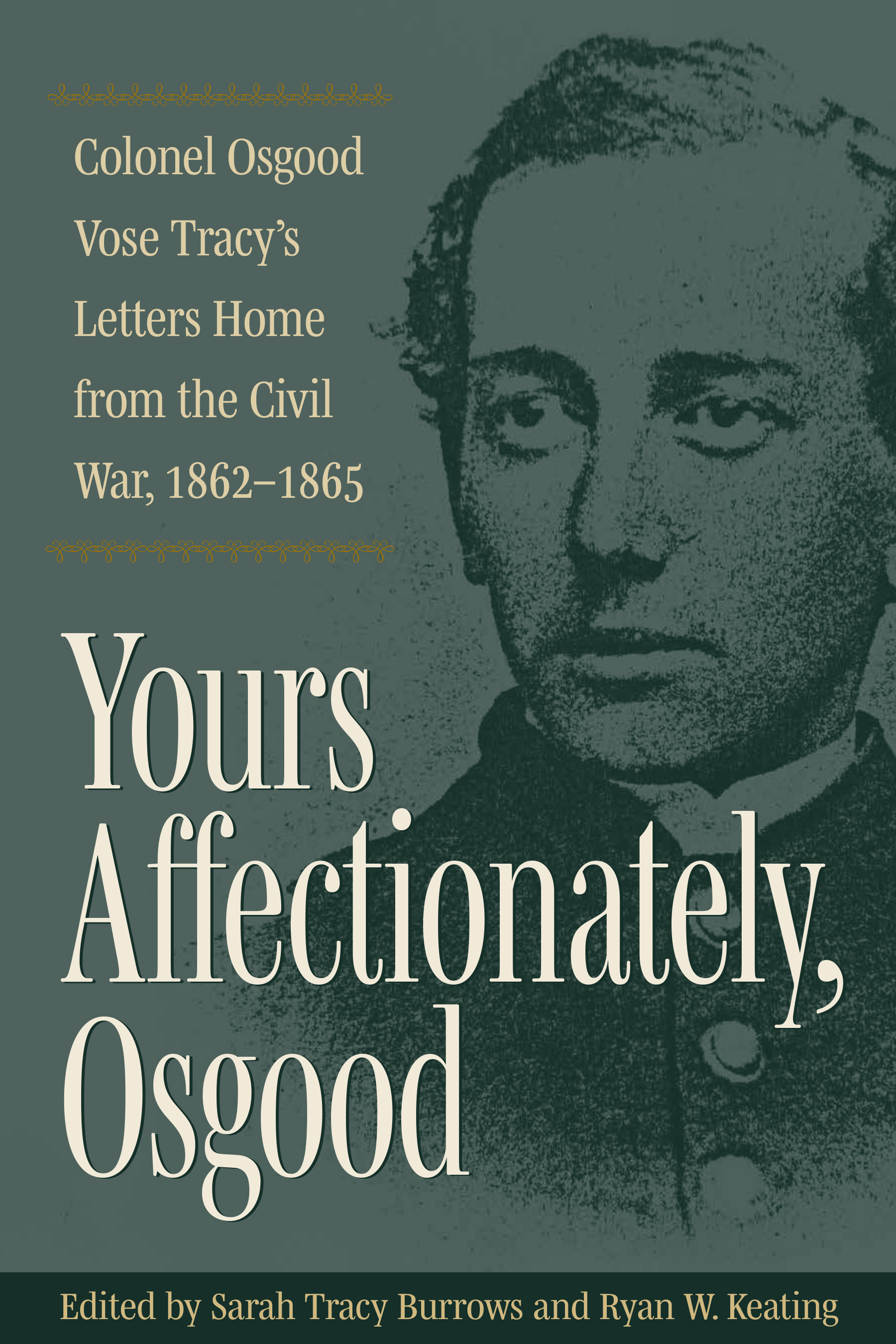 More than 3 million men served in the American Civil War. In Yours Affectionately, Osgood, editors Sarah Tracy Burrows and Ryan W. Keating have assembled a collection of letters from one of those soldiers—Osgood Vose Tracy of the 122nd New York Infantry. Sarah Tracy Burrows, a descendant of Col. Osgood Tracy, has compiled this expansive collection from her family’s private papers. Paired with illuminating discussion and historical context from noted Civil War historian Ryan W. Keating, Tracy’s letters home follow his journey as a soldier and prisoner of war from his enlistment in August 1862 through the end of the war in May 1865, as Tracy then readjusted to civilian life.

The letters in Yours Affectionately, Osgood, primarily written to his mother, provide a uniquely detailed perspective of everyday life in the Army of the Potomac, adding considerably to the existing literature on the experiences of citizen soldiers in America’s Civil War. A well-educated young man, Tracy offers his opinion on pressing social and political issues of the time, including his definite abolitionist sentiments; ruminates on the Union war effort and its campaigns; and demonstrates his deep commitment to family, as well as his sweetheart, Nellie Sedgwick, back home. Tracy’s letters constitute an incredibly rare primary source volume that will be both fascinating and foundational in the scholarly community and for more general interest readers of the history of the Civil War.

Sarah Tracy Burrows is a graduate of Hobart and William Smith Colleges with a BA in English and history. She worked for CFO Publishing Corporation in Boston, Massachusetts, and is currently a trustee and chair of steering for the Jacob Leisler Institute for the Study of Early New York History, named for her 8x great-grandfather.

Ryan W. Keating is professor of history and director of the Office of Student Research at California State University San Bernardino, where he teaches and researches on the Civil War era. He is the author of two books, Shades of Green: Irish Regiments, American Soldiers, and Local Communities in the Civil War Era and The Greatest Trials I Ever Had: The Civil War Letters of Margaret and Thomas Cahill.