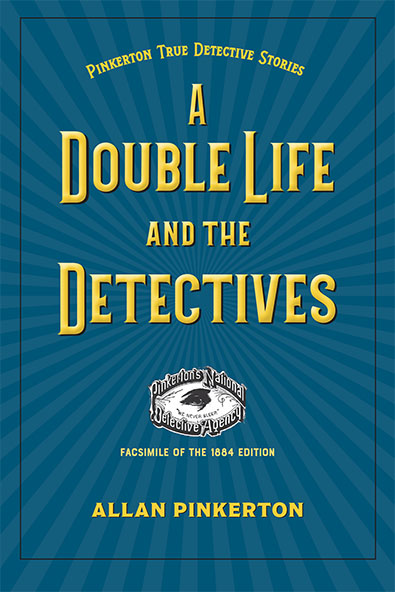 A Double Life and the Detectives

Detective Allan Pinkerton and his associates, including the indispensable Mr. Bangs, travel to Troyville, Pennsylvania––a beautiful village known for its rural beauty and community of farmers––to investigate the robbery of the Howard Express Company. The thieves made off with nearly $15,000 and vanished. Pinkerton learns that two suspicious men had arrived in town the morning before the robbery, and he races to track them down and discover their connection, if any, to the robbery.

Meanwhile, in Oaklands, Indiana, the narrative follows Archibald MacDonald, a well-regarded member of his community who is noted for his good judgment, respected for his agricultural knowledge, and well known as an influence on local politics. A dedicated family man, MacDonald struggles to find the means to fund his children’s higher education.

As Pinkerton and his associates piece together the mystery, an important clue emerges: a torn envelope recovered from the robbery scene, with MacDonald’s name and address on it. What is MacDonald’s connection to the robbery? Is he one of the two men suspected of being involved? Could such an upstanding pillar of his community really be secretly involved in criminal activities?

The crime described in A Double Life and the Detectives is less of a whodunit and more of a whydunit. As Pinkerton learns, societal pressure to keep up appearances and provide for family can have disastrous consequences, driving otherwise respectable people to commit brazen crimes.

Allan Pinkerton(1819–1884) was born in Scotland and immigrated to the United States in 1842. Settling in the Chicago area, his first career was as a cooper. While wandering in the woods looking for wood to make barrel staves, he came across some counterfeiters and helped in their arrest. That led to Pinkerton being appointed as police detective in Cook County, Illinois, and later forming his own company—the Pinkerton National Detective Agency. Pinkerton produced numerous books based on his work and that of his agents. The books no doubt reflect his views but obviously contain fictionalized and sanitized accounts; many historians, as well, believe he used a ghostwriter.