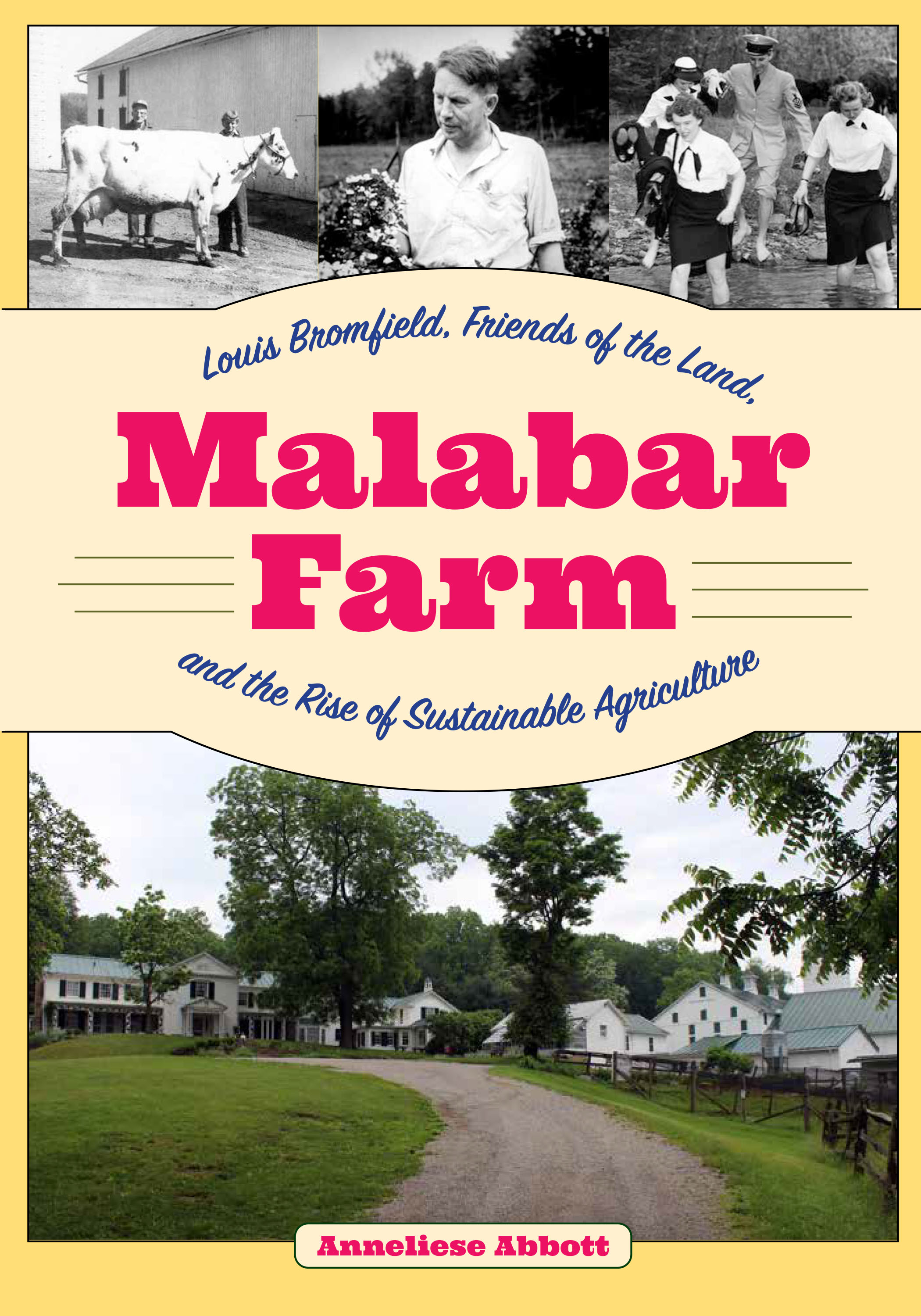 Louis Bromfield, Friends of the Land, and the Rise of Sustainable Agriculture

Established in 1939 by Pulitzer Prize–winning author and farmer Louis Bromfield, Malabar Farm was once considered “the most famous farm in the world.” Farmers, conservationists, politicians, businessmen, and even a few Hollywood celebrities—including Humphrey Bogart and Lauren Bacall, who married there—flocked to rural Ohio to see how Bromfield restored worn-out land to lush productivity using conservation practices. Permanent, sustainable agriculture, Bromfield preached, was the “New Agriculture” that would transform the postwar world.

Anneliese Abbott tells the story of Malabar Farm within the context of the wider histories of soil conservation and other environmental movements,especially the Ohio-based organization Friends of the Land. As one of the few surviving landmarks of this movement, which became an Ohio state park in 1976, Malabar Farm provides an intriguing case study of how soil conservation began, how it was marginalized during the 1950s, and how it now continues to influence the modern idea of sustainable agriculture.

To see Malabar strictly as a modern production farm—or a nature preserve, or the home of a famous novelist—oversimplifies the complexity of what Bromfield actually did. Malabar wasn’t a conventional farm or an organic farm; it was both. It represents a middle ground that is often lacking in modern discussions about sustainability or environmental issues, yet it remains critically important. Today, as Malabar Farm State Park remains a working farm with a new interpretive center that opened in 2006, its importance and impact continue for current and future generations.