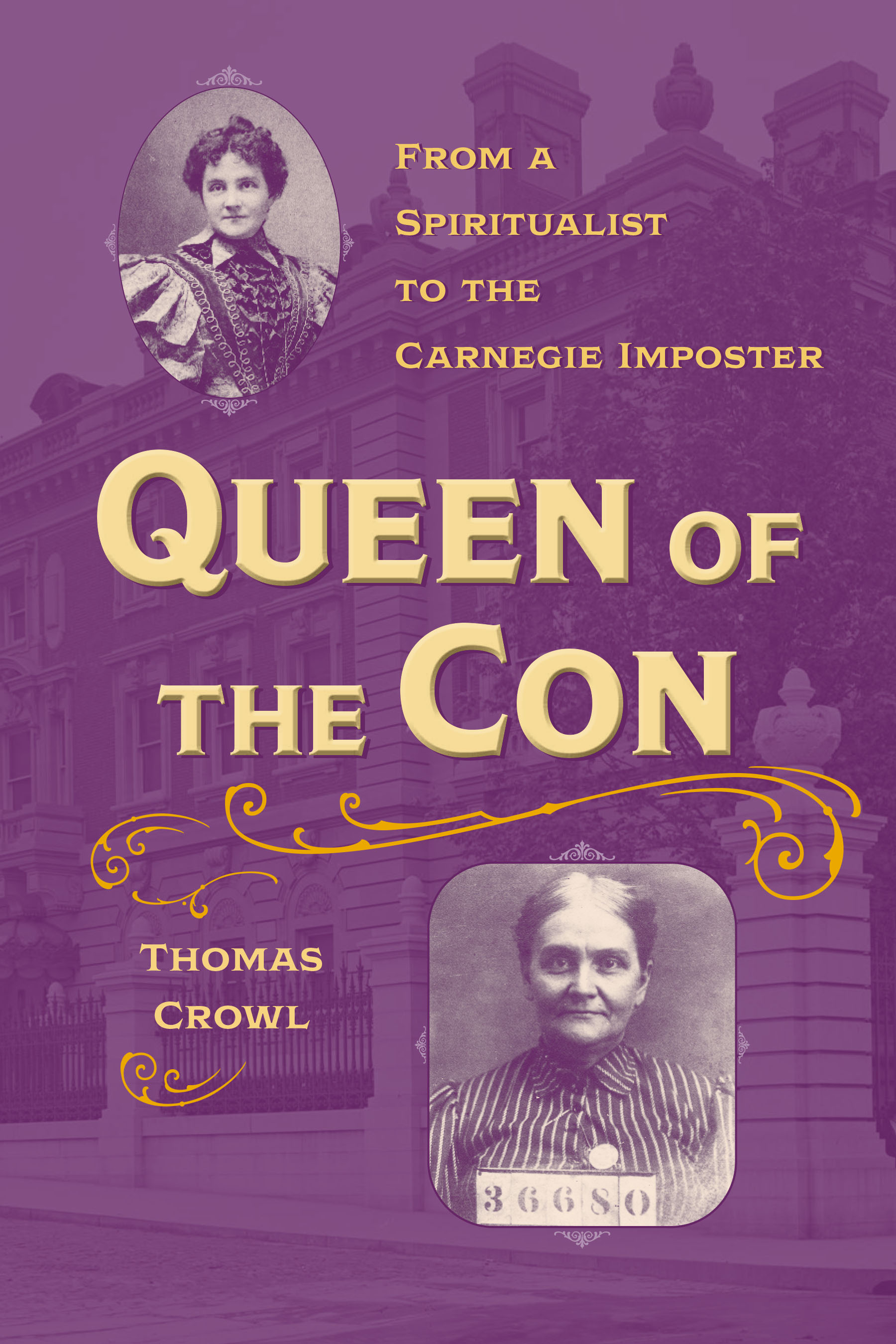 Queen of the Con

From a Spiritualist to the Carnegie Imposter

Queen of the Con tells the true story of Cassie Chadwick, a successful swindler and “one of the top 10 imposters of all time,” according to Timemagazine. Born Betsy Bigley in 1857 in Canada, she first operated as Madame Devere, a European clairvoyant, and in 1890 was arrested for defrauding a Toledo bank of $20,000. In the mid-1890s, while working as a madam in Cleveland, Cassie met and married a widowed physician with a coveted Euclid Avenue address.

At the dawn of the 20th century, Cassie borrowed $2 million (worth roughly $50 million today) throughout northern Ohio, Pittsburgh, New York, and Boston by convincingly posing as the illegitimate daughter of wealthy industrialist-turned-philanthropist Andrew Carnegie.

When the fraud collapsed in 1904, it was a nationwide sensation. “Yes, I borrowed money in very large amounts,” she told reporters, “but what of it? You can’t accuse a poor businesswoman of being a criminal, can you?” Carnegie, who never responded to the claim, merely joked that Mrs. Chadwick had demonstrated that his credit was still good.

This meticulously researched book is the first full-length account of the notorious career of this fascinating woman, the forerunner to more recent female scammers like Theranos founder Elizabeth Holmes or fake heiress Anna Sorokin, the “Soho Grifter.” Crowl’s engaging storytelling also leads readers to consider aspects of gender stereotypes, social and economic class structures, and the ways in which we humans can so often be fooled.

Thomas Crowl is an avocational historian who has published two previous books, Murder of a Journalist (published by Kent State University Press) and Opdycke’s Tigers in the Civil War. His articles have appeared in Timeline, Echoes, History Magazine, and the Central States Archaeological Journal.