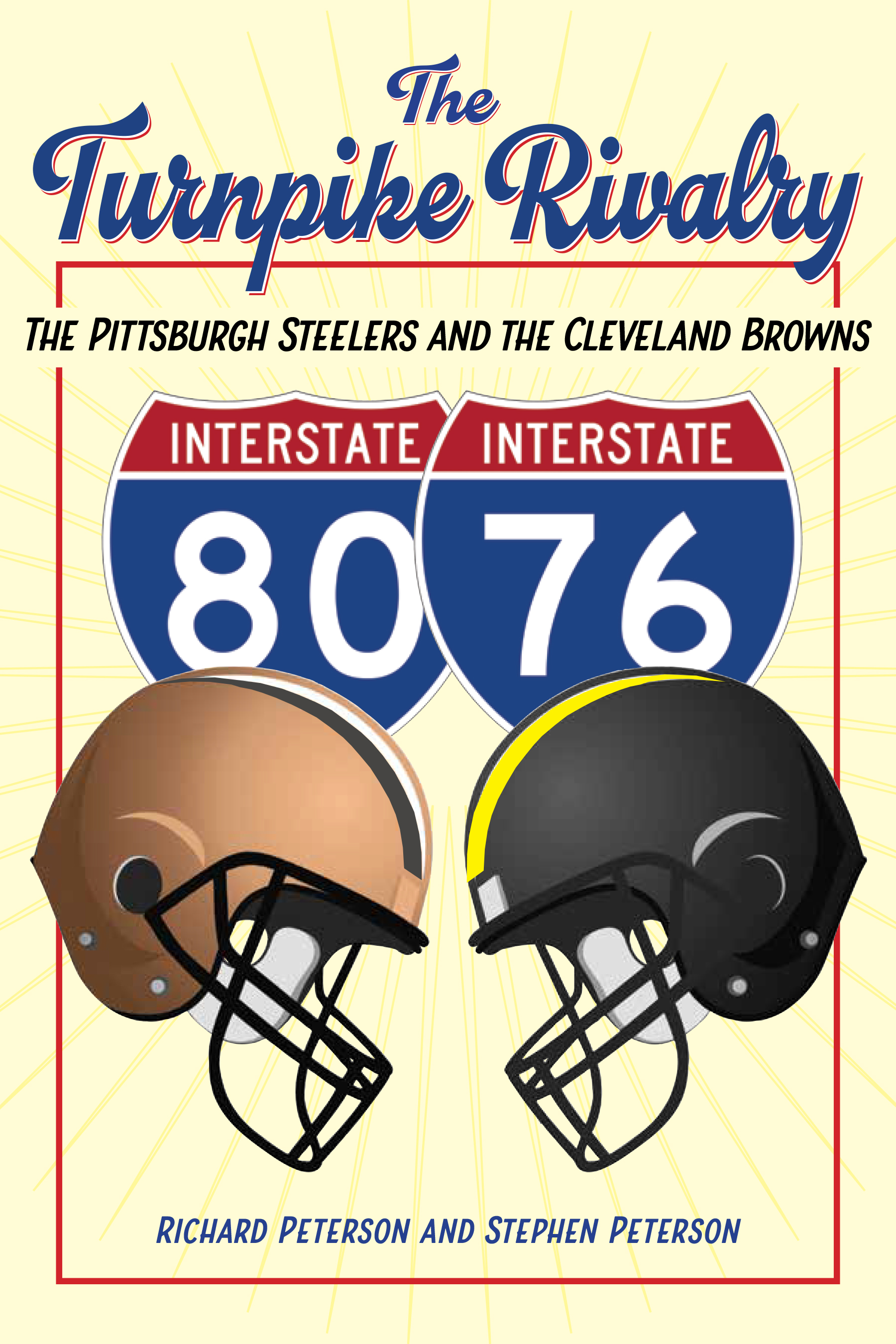 The Pittsburgh Steelers and the Cleveland Browns

Football historians regard the games between the Cleveland Browns and the Pittsburgh Steelers as the basis for one of the greatest rivalries in NFL history. Authors Richard Peterson and Stephen Peterson, in telling the engaging story of these teams who play only a two-hour drive along the turnpike from each other, explore the reasons behind this intense rivalry and the details of its ups and downs for each team and its fans.

The early rivalry was a tale of Browns dominance and Steelers ineptitude. In the 1950s and 1960s, the Browns—led by Hall of Famers ranging from Otto Graham and Marion Motley in the 1950s to Jim Brown, Bobby Mitchell, and Leroy Kelly in the 1960s—won 32 of the first 40 games played against the Steelers. In the 1970s, the Steelers—led by Terry Bradshaw, Franco Harris, and the Steel Curtain—finally turned things around. When the AFL and NFL merged in 1970, Art Rooney agreed to move the Steelers only if the Browns also moved into the AFC and played in the same division so that their rivalry would be preserved.

Despite the fierce rivalry, these cities and their fans have much in common, most notably the working-class nature of the Steeler Nation and the Dawg Pound and their passion, over the decades, for their football teams. Many fans are able to regularly making the 130-mile trip to watch the games.

From the first game on October 7, 1950, where Cleveland defeated the Steelers 30–17, to last season’s infamous helmet incident with Mason Rudolph and Myles Garrett, the rivalry remains as intense as ever.

Richard Peterson is the author of Growing Up with Clemente and Pops: The Willie Stargell Story. He is professor emeritus of English at Southern Illinois University. Richard and Stephen Peterson are the coauthors of The Slide: Leyland, Bonds, and the Star-Crossed Pittsburgh Pirates. Stephen has worked as a teacher and screenwriter for the last ten years.