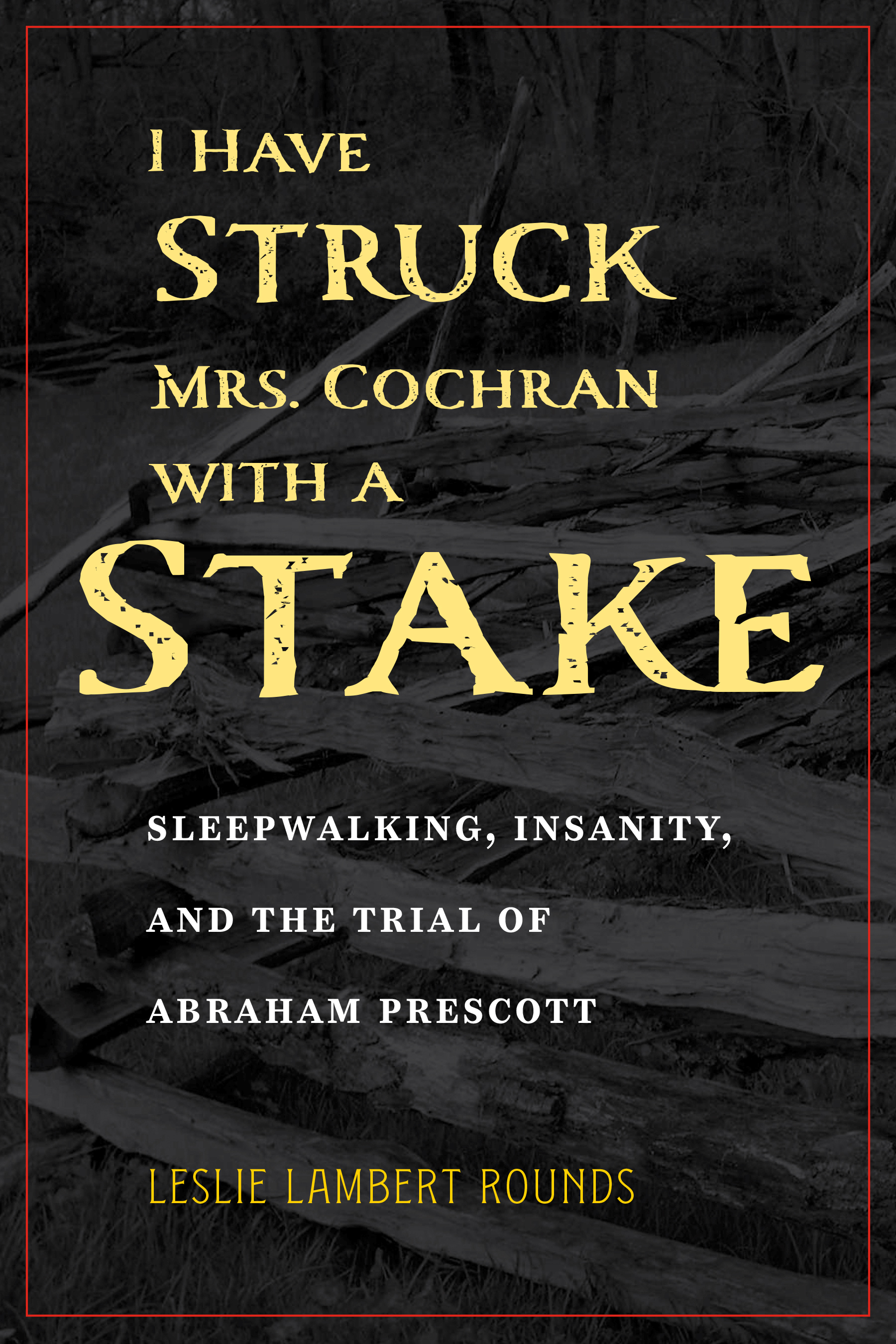 I Have Struck Mrs. Cochran with a Stake

Sleepwalking, Insanity, and the Trial of Abraham Prescott

How the forgotten case of murder while sleepwalking changed history

After creeping out of bed on a frigid January night in 1832, teenage farmhand Abraham Prescott took up an ax and thrashed his sleeping employers to the brink of death. He later explained that he’d attacked Sally and Chauncey Cochran in his sleep. The Cochrans eventually recovered but—to the astonishment of their neighbors—kept Prescott on, somehow accepting his strange story.

This decision would come back to haunt them. While picking strawberries with Sally in an isolated field the following summer, Prescott used a fence post to violently kill the young mother. His explanation was again the same; he told Chauncey he’d fallen asleep and the next thing he knew, Sally was dead. Prescott’s attorneys would use both a sleepwalking claim and an insanity plea in his defense, despite the historically dismal success rates of these arguments. In the two murder trials that followed, Prescott was convicted and sentenced to death both times.

Prescott’s crime has landmark significance, however, notably because many believed the boy was mentally ill and should never have been executed. The case also highlights the discriminatory role class plays in the American justice system.

Using contemporaneous accounts as well as information from other insanity and sleepwalking defenses, author Leslie Lambert Rounds reconstructs the crime and raises important questions about privilege, societal discrimination against the mentally ill and the disadvantaged, and the unfortunate secondary role of women in history.

Leslie Lambert Rounds is a writer and historian who serves as the executive director of the Dyer Library and Saco Museum. Author of the award-winning I My Needle Ply with Skill, Rounds has written books on topics from schoolgirl embroidery to the local history of Saco, Maine. She also writes a newspaper column for the Biddeford-Saco-OOB Courier that covers history, literature, and culture.