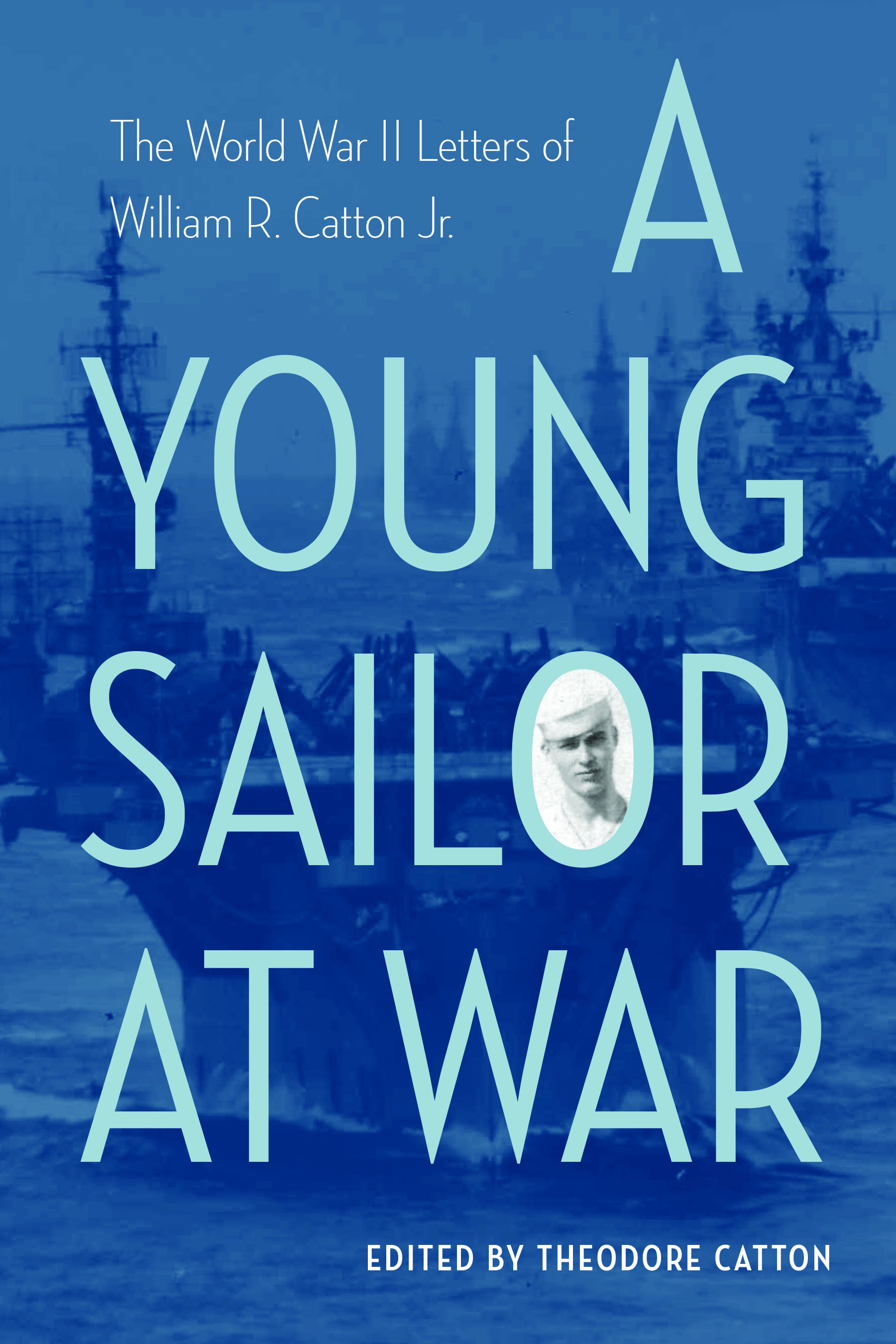 A Young Sailor at War

While a number of published collections of World War II letters are available to readers, few rise to the level of war literature. A Young Sailor at War: The World War II Letters of William R. Catton Jr. is remarkable for the narrative skill of its letter writer, for his exuberance and candor, and for his youthful but thoughtful commentary. Edited by his son Theodore, Catton’s letters give us a truly intimate look into an essential piece of history.

William R. Catton Jr. volunteered for navy service on his 17th birthday in January 1943 and served as a plane handler onboard the aircraft carrier USS Ticonderoga from August 1944 through the end of WWII. He learned how to rebuild an aircraft engine and fire a 50-caliber machine gun before he was 18 and made two voyages across the Pacific and saw a year of combat before he was 20. He was wounded in a devastating kamikaze attack in January 1945, and he was on deck to watch the sunrise on Mount Fuji when Ticonderoga entered Tokyo Bay after the Japanese surrender seven months later.

Bill was a prolific correspondent who displayed a wide-eyed sense of adventure and a self-conscious pride in being a witness to history. He reported events and personal interactions in clear, often colorful prose. Upon returning home, his sea stories mostly went untold, his Purple Heart medal and stripes went into a box of mementos never to be shown, while his letters from the war—carefully saved by his mother—went unread until his son began to examine them after his father’s death. Bill Catton, who went on to become a sociologist well known for his work on the environment and human ecology, has indeed left us a unique commentary.

Theodore Catton is an award-winning author of books about the American West. A freelance historian, he specializes in studies for the National Park Service. He was a Fulbright scholar in Christchurch, New Zealand, where he researched the history of the New Zealand national parks.