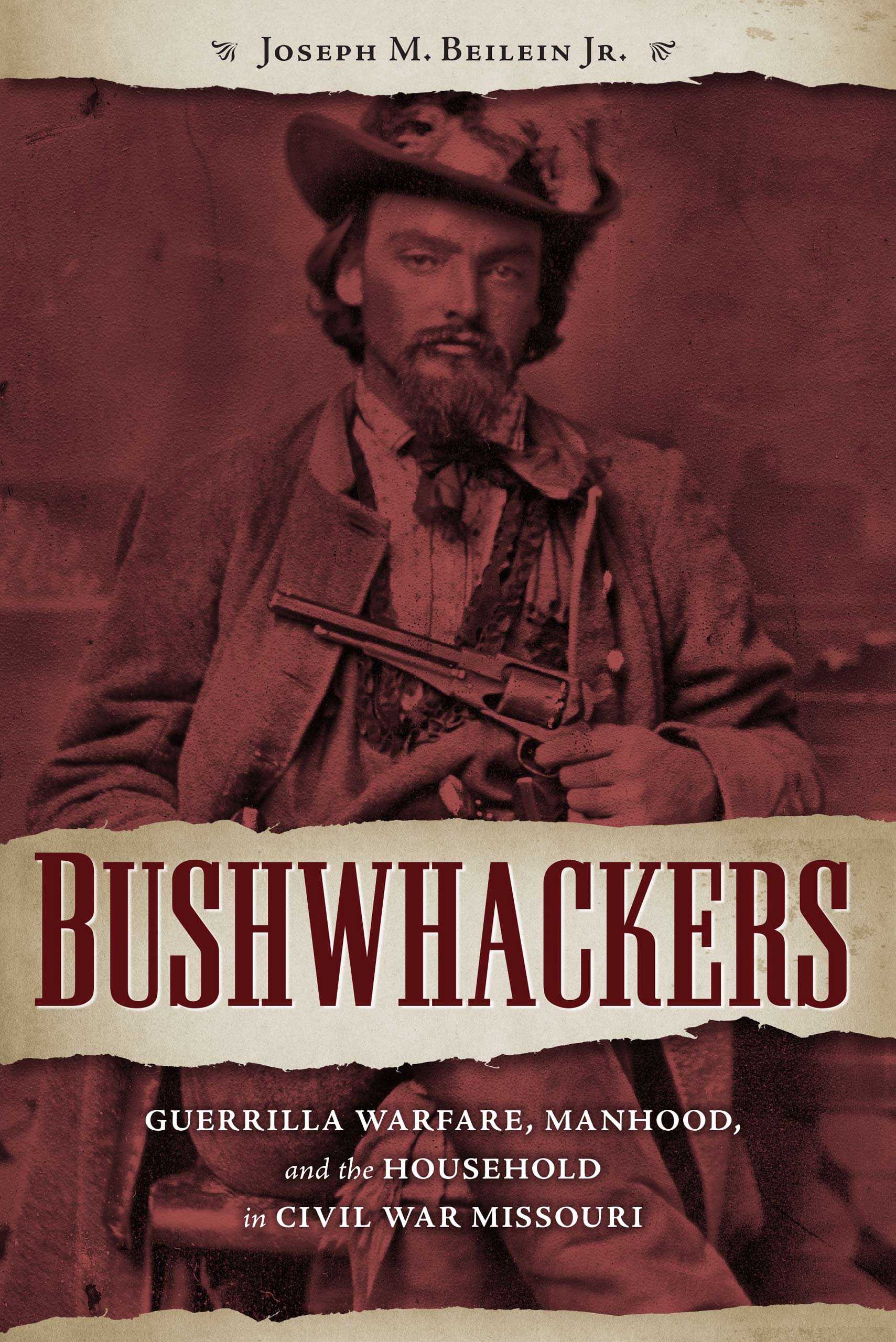 Guerrilla Warfare, Manhood, and the Household in Civil War Missouri

Bushwhackers adds to the growing body of literature that examines the various irregular conflicts that took place during the American Civil War. Author Joseph M. Beilein Jr. looks at the ways in which several different bands of guerrillas across Missouri conducted their war in concert with their house- holds and their female kin who provided logistical support in many forms. Whether noted fighters like Frank James, William Clarke Quantrill, and “Bloody Bill” Anderson, or less well-known figures such as Clifton Holtzclaw and Jim Jackson, Beilein provides a close examination of how these warriors imagined themselves as fighters, offering a brand-new interpretation that gets us closer to seeing how the men and women who participated in the war in Missouri must have understood it.

Beilein answers some of the tough questions: Why did men fight as guerrillas? Where did their tactics come from? What were their goals? Why were they so successful? Bushwhackers demonstrates that the guerrilla war in Missouri was not just an opportunity to settle antebellum feuds, nor was it some collective plummet by society into a state of chaotic bloodshed. Rather, the guerrilla war was the only logical response by men and women in Missouri, and one that was more in keeping with their worldview than the conventional warfare of the day.

As guerrilla conflicts rage around the world and violence remains closely linked with masculine identity here in America, this look into the past offers timely insight into our modern world and several of its current struggles.

Joseph M. Beilein Jr. is an expert in the fields of Civil War history, guerrilla studies, and masculinity. He has published several essays on these topics and is the coeditor of the recently published anthology The Civil War Guerrilla: Unfolding the Black Flag in History, Memory, and Myth. He is an assistant professor of history at Pennsylvania State University-Erie, The Behrend College.