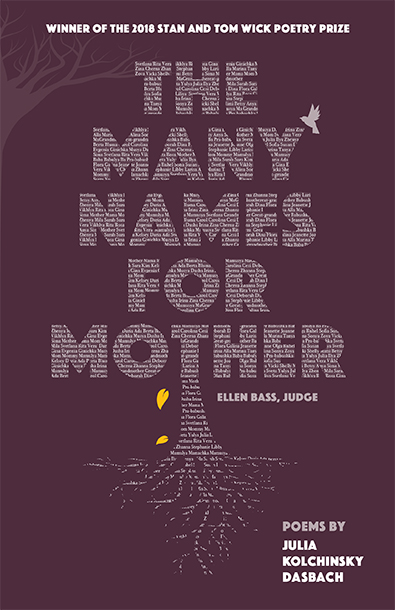 The Many Names for Mother

Winner of the 2018 Stan and Tom Wick Poetry Prize

“A compelling book about origins—of ancestry, memory, and language”—Ellen Bass

The Many Names for Mother is an exploration of intergenerational motherhood; its poems reach toward the future even as they reflect on the past. This evocative collection hovers around history, trauma, and absence—from ancestral histories of anti-Semitic discrimination in the former Soviet Union to the poet’s travels, while pregnant with her son, to death camp sites in Poland. As a descendant of Holocaust survivors, Dasbach ponders how the weight of her Jewish-refugee immigrant experience comes to influence her raising of a first-generation, bilingual, and multiethnic American child.

A series of poems titled “Other women don’t tell you” becomes a refrain throughout the book, echoing the unspoken or taboo aspects of motherhood, from pregnancy to the postpartum body. The Many Names for Mother emphasizes that there is no single narrative of motherhood, no finite image of her body or its transformation, and no unified name for any of this experience. The collection is a reminder of the mothers we all come from, urging us to remember both our named and unnamed pasts.

Julia Kolchinsky Dasbach holds an MFA in poetry from the University of Oregon and is a PhD candidate in comparative literature at the University of Pennsylvania. She is the author of the chapbook The Bear Who Ate the Stars, and her recent poems are forthcoming from or have appeared in POETRY, American Poetry Review, and TriQuarterly, among others. She also writes Other women don’t tell you, a blog about motherhood.