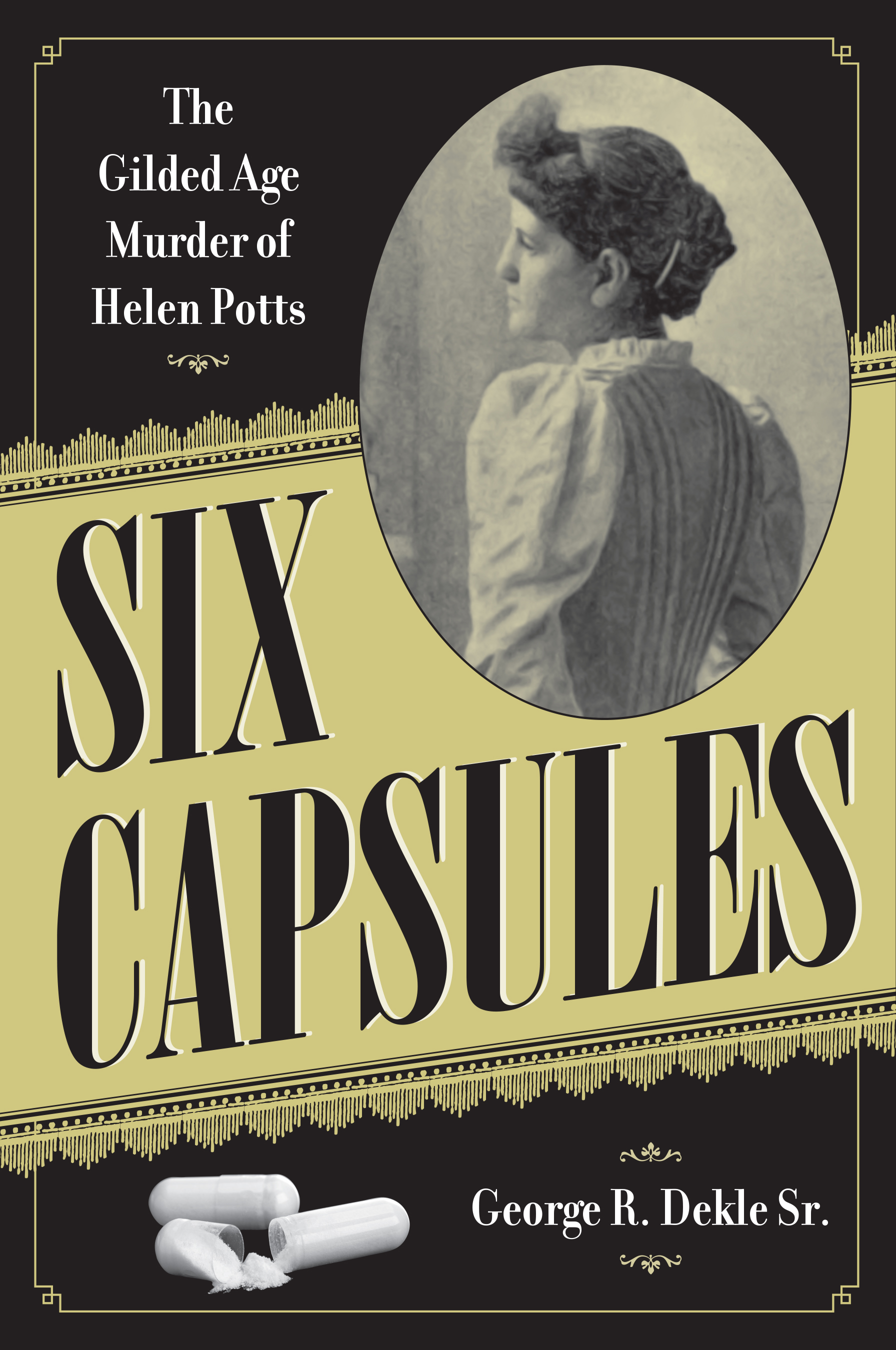 The permanent solution to a wife’s chronic headache

As Ted Bundy was to the 20th century, so Carlyle Harris was to the 19th. Harris was a charismatic, handsome young medical student with an insatiable appetite for sex. His trail of debauched women ended with Helen Potts, a beautiful young woman of wealth and privilege who was determined to keep herself pure for marriage. Unable to conquer her by other means, Harris talked her into a secret marriage under assumed names, and when threatened with exposure, he poisoned her.

The resulting trial garnered national headlines and launched the careers of two of New York’s most famous prosecutors, Francis L. Wellman and William Travers Jerome. It also spurred vigorous debate about Harris’s guilt or innocence, the value of circumstantial evidence, the worth of expert testimony, and the advisability of the death penalty. Six Capsules traces Harris’s crime and his sub­sequent trial and highlights what has been overlooked—the decisive role that the second-class status of women in Victorian Era culture played in this tragedy.

The Harris case is all but forgotten today, but Six Capsules seeks to recover this important milestone in American legal history.

George R. Dekle Sr. served as a legal skills professor at the University of Florida, where he directed the Prosecution Clinic. His most recent book, Prairie Defender: The Murder Trials of Abraham Lincoln, won a Superior Achievement Award for Scholarship from the Illinois State Historical Society and Gold Medals for Biography and Politics from the Florida Authors and Publishers Association.