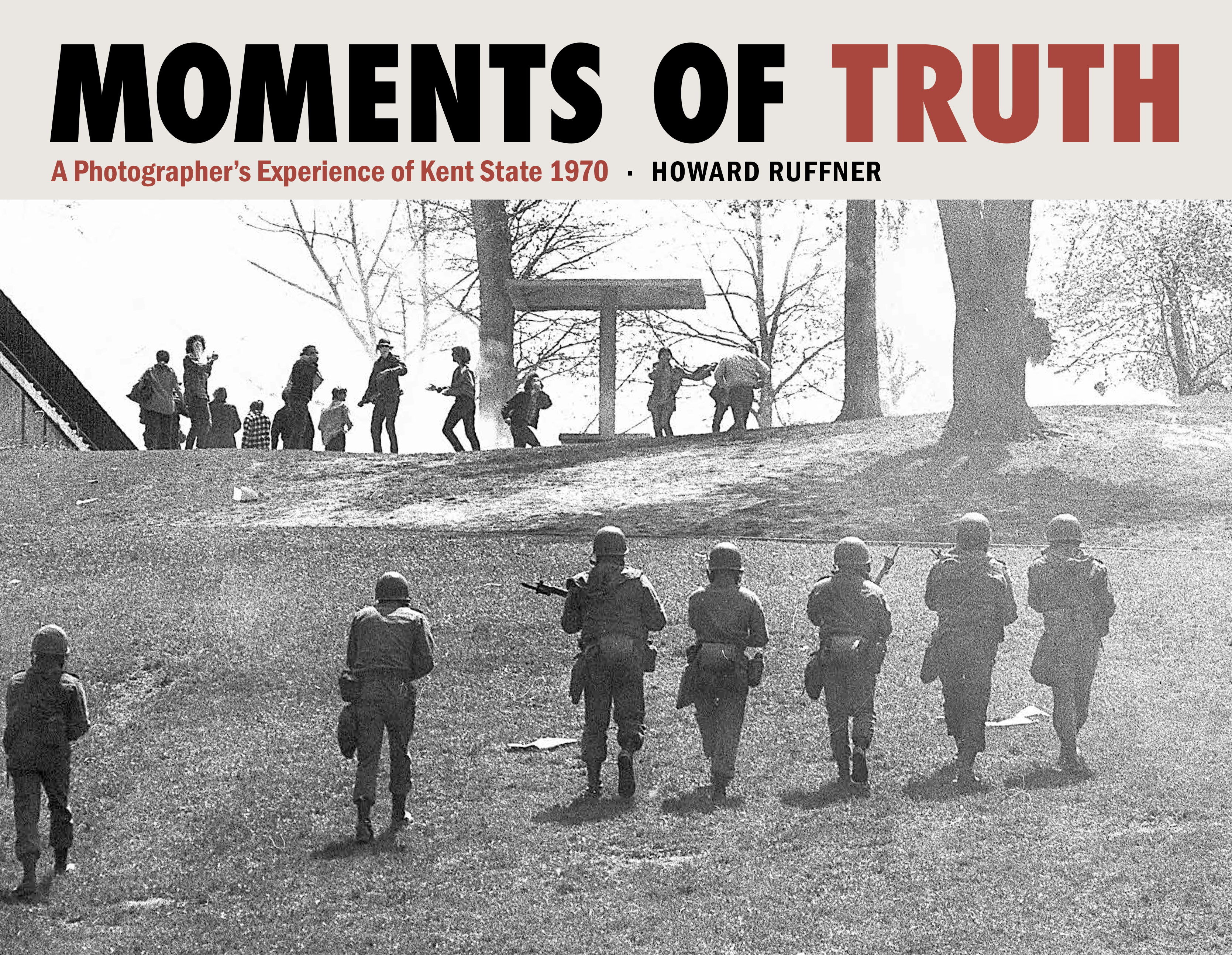 A Photographer’s Experience of Kent State 1970

Working as a photographer for the Kent State University student newspaper and yearbook, Howard Ruffner was a college sophomore when the tragic shootings of May 4, 1970, occurred—a tragedy that left four students dead and nine others wounded. Asked to serve as a stringer for Life magazine in the days leading up to May 4, as student protests against the Vietnam War intensified and National Guard troops arrived on campus, Ruffner became a witness and documentarian to this important piece of history. Several of his photographs, including one that appeared on the cover of Life, are etched into our collective consciousness when we think about civil unrest and the latter half of the 20th century.

Here, in Moments of Truth: A Photographer’s Experience of Kent State 1970, Ruffner not only reproduces a collection of nearly 150 of his photographs—many never before published—but also offers a stirring narrative in which he revisits his work and attempts to further examine these events and his own experience of them. It is, indeed, an intensely personal journey that he invites us to share.

An epilogue details how Ruffner’s images became critical evidence in the civil trials against the National Guard in 1975 and 1978, as he was the first witness called to take the stand. Ruffner also contemplates the words engraved on the path to what is now the May 4 Memorial Site, a place on the National Register of Historic Places: Inquire, Learn, Reflect. Ruffner’s project affirms that we need to ask questions, we need to learn about our history, and we all need to reflect on the past so that our mistakes will not be repeated.

Howard Ruffner was a broadcast journalism major at Kent State University and became a photographer for the yearbook and school newspaper, roaming the campus to take photographs at every opportunity. During the tragic events of May 4, 1970, he was a stringer for Life magazine and received the Polk Award for photographs that appeared on the cover and interior pages of Life’s May 15, 1970, issue. His professional life has encompassed stints both as a corporate executive and an English and journalism teacher in secondary schools.