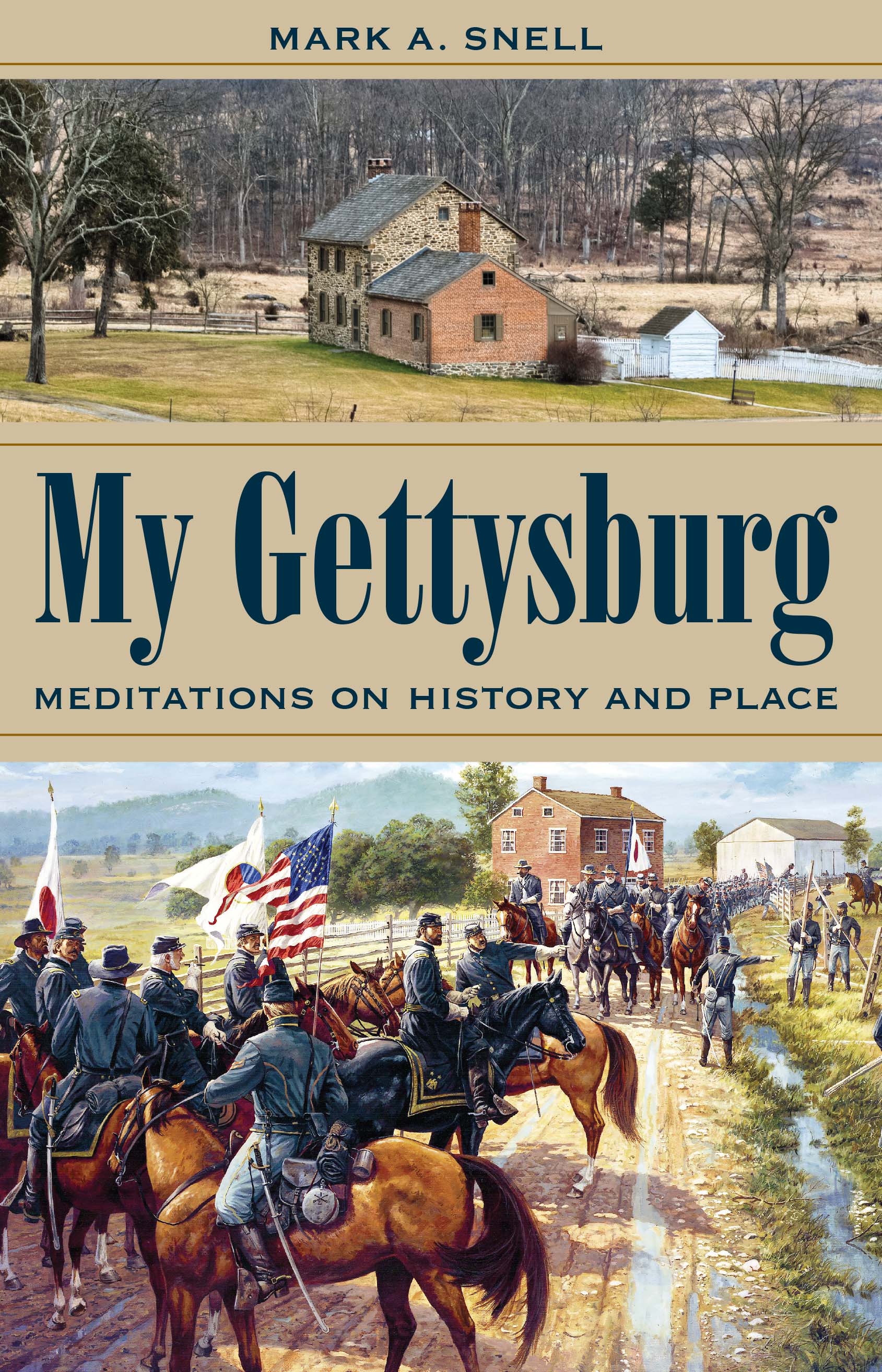 Meditations on History and Place

The Gettysburg Campaign and its culminating battle have generated more than their share of analysis and published works. In My Gettys­burg, Civil War scholar and twenty-six-year Gettysburg resident Mark Snell goes beyond the campaign itself to explore the “culture” of the battlefield. In this fascinating collection, Snell provides an intriguing interpretation of some neglected military aspects of the battle, such as a revisionist study of Judson Kilpatrick’s decision to launch “Farnsworth’s Charge” on the southern end of the Confederate line after Pickett’s Charge and the role of Union logisticians in the Northern victory. In addition, he looks at a town east of Gettysburg—York, Pennsylvania, a community that likewise suffered invasion in the summer of 1863—as well as at the role of Union and Confederate soldiers from the new state of West Virginia who fought against each other during the campaign. Further, this collection assesses Gettysburg’s evolution as a historic place: an American shrine, an inspiration for popular music, a training ground for soldiers past and present, a mecca for reenactors, a combat zone between commercial developers and preservationists, and a home to its residents—including the author, who gives us a personal view of what the battlefield and its surrounding community have come to mean to him.

A retired Army officer and an established authority on the Civil War and military history, Snell amply demonstrates in this thought-provoking yet entertaining anthology that there remains much to learn even from such a well-studied subject as Gettysburg.