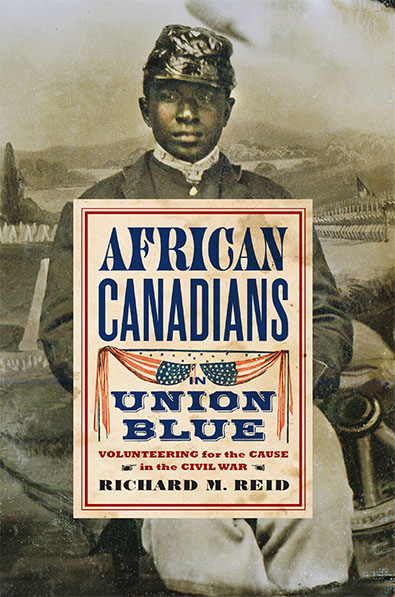 Volunteering for the Cause in the Civil War

When Abraham Lincoln issued the Emancipation Proclamation in 1863, he also authorized the U.S. Army to recruit black soldiers for the war effort. Nearly 200,000 men answered the call, and several thousand of them came from Canada. What compelled these men to leave the relative comfort and safety of home to fight in a foreign war? In African Canadians in Union Blue, Richard M. Reid sets out in search of an answer and discovers a group of men whose courage and contributions open a window on the changing understanding of the American Civil War and the ties that held black communities together even as the borders around them shifted and were torn asunder.

Richard M. Reid is professor emeritus at the University of Guelph and the author of several books in Canadian and American history, including Freedom for Themselves: North Carolina’s Black Soldiers in the Civil War Era.