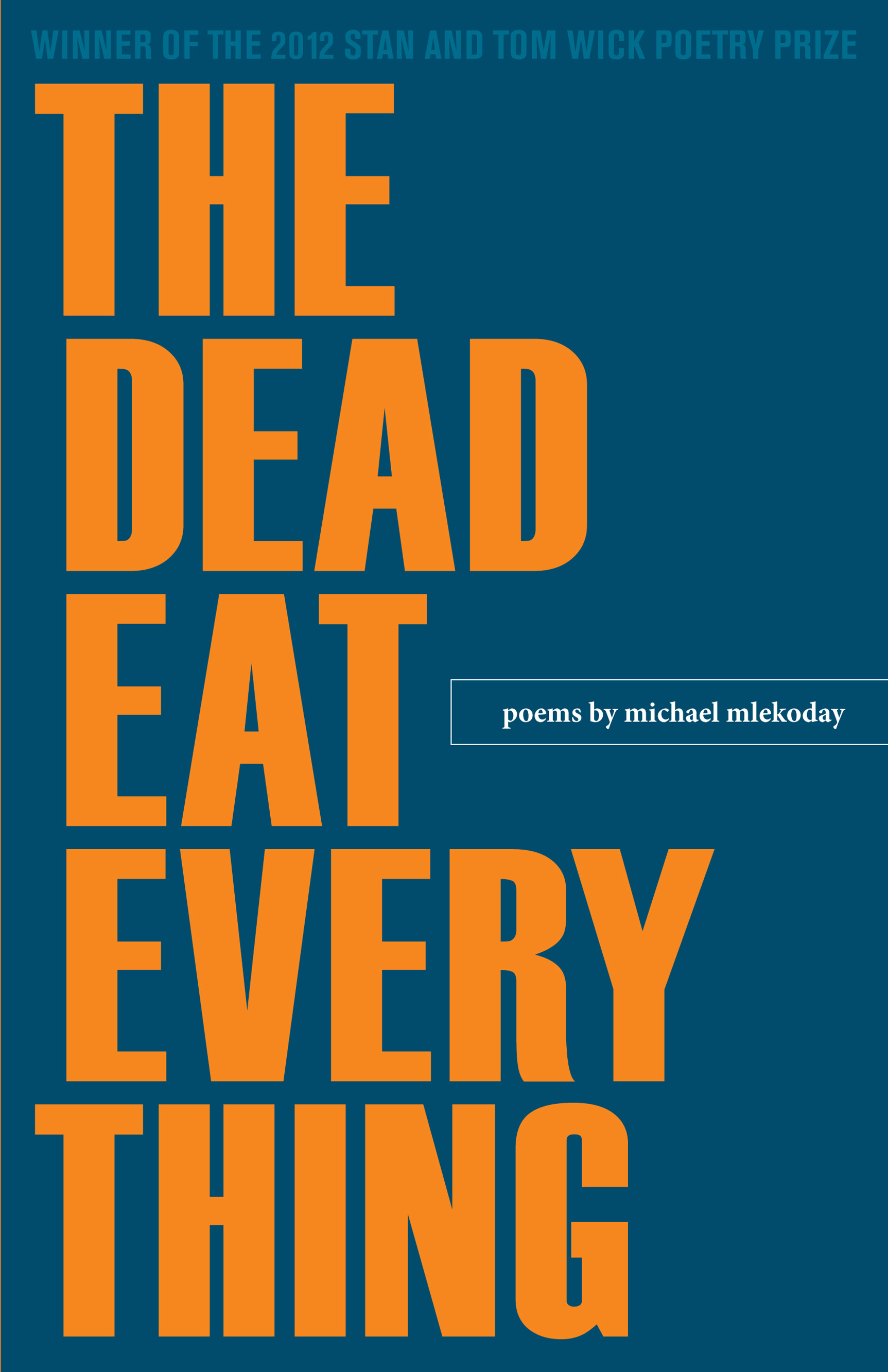 The Dead Eat Everything

“This book is a document of a particular world, real, wrenched from the poet’s life, as if written with a gun to his head or a spike through his heart. Reading it is like opening a damp newspaper wrapped around a big fish just caught, fins glistening, scales shining, one rhymed eye open and looking right at you, daring you to eat the whole thing.”—Dorianne Laux, author of The Book of Men

“The Dead Eat Everything, Michael Mlekoday’s furious first collection, is a cypher of old-school curses, elegy, and wordplay that snaps like gunplay. The book begins with a self-portrait when ‘summer was one wet weapon after another’ and doesn’t stop. Not for a power outage, Catholic mass, or sewer steam. Not for a ‘four-finger ring that says DOPE.’ Not for the city that repeats itself like breakbeats in the head. The poems in this book are as relentless as a Minneapolis winter. And when the speaker says, ‘Scientists have proven that the mouth is the last part of the body to die,’ we understand that the mouth hangs on just to speak poems like these.”—Adrian Matejka, author of The Big Smoke

“It’s easy to forget—because of the brute beauty of the language; because of lines like ‘I have made gods / of my skinned hands’; because of the whiplash brilliance roped through these poems—that deeply, ultimately, this is a book of mourning, of sorrow, of loss: for a dad, a Baba, a city, a home. But, to boot, Michael Mlekoday’s The Dead Eat Everything is a book of magic: watch sorrows be converted to music. And music, don’t forget, makes you dance. Makes you move. Moves you.” —Ross Gay, author of Bringing the Shovel Down

“The Dead Eat Everything is a haunting—an unsharpened visitation of memories. Each poem unfolds itself as if we are just now remembering stories told to us long ago, simultaneously new and exciting while comforting in their familiarity. Mlekoday’s debut collection glows. Let it. Let it light the way home.”—Sierra DeMulder, author of New Shoes on a Dead Horse

Michael Mlekoday is a poet and performer from Minneapolis. Mlekoday holds degrees from the University of Minnesota and Kansas State University and is currently an MFA candidate at Indiana University. A National Poetry Slam Champion, Mlekoday has served as poetry editor of Indiana Review and is a cofounder of Exploding Pinecone Press. Mlekoday’s work has appeared in Ploughshares, Ninth Letter, Sycamore Review, the Cincinnati Review, and other journals