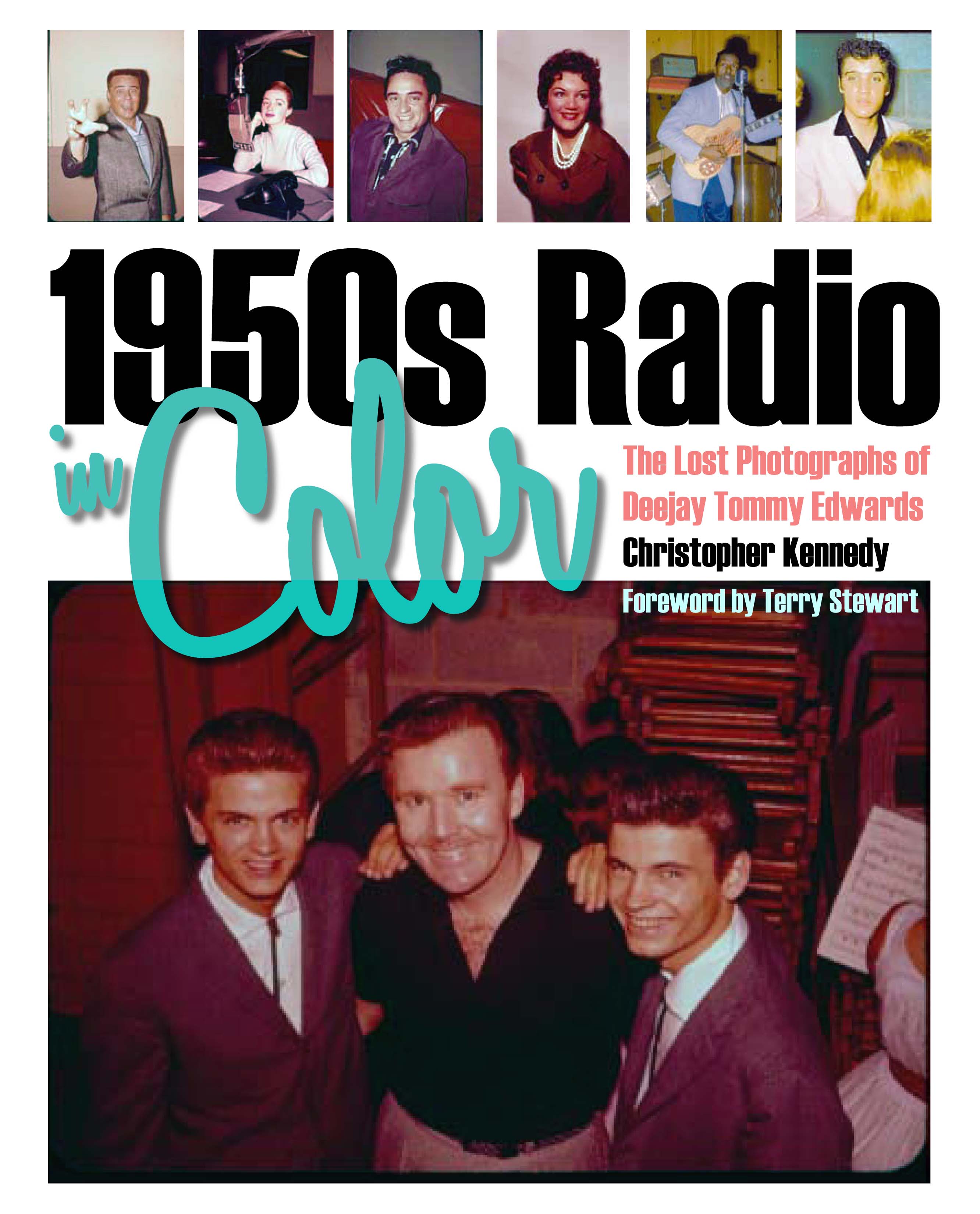 Between 1955 and 1960, popular Cleveland deejay Tommy Edwards photographed the parade of performers who passed through the WERE-AM radio studio for on-air interviews, shooting more than 1,700 Ektachrome slides. Following his death in 1981, most of the collection vanished and was presumed lost. The few images that remained were often reprinted and rarely credited to Edwards, labeled “photographer unknown.” Until now.

Discovered by musician Chris Kennedy in 2006, Tommy Edwards’s candid photographs capture the birth of rock ’n’ roll at its flashpoint: Elvis Presley while he was still dangerous; a raw and incomplete Chuck Berry before his star ascended; and some beady-eyed, high-voiced kid named Roy Orbison. It wasn’t just the architects of rock music whom Edwards had in his viewfinder. There were also pop and country music’s biggest stars, mysterious, unknown hopefuls, and vulnerable, deglamourized Hollywood celebrities. Edwards’s passion for photography immortalized hundreds of pioneers of rock ’n’ roll and pop culture in the radio studio, a setting that was often unseen. His photos offer a rare look behind a closed door.

In 2009, Kennedy located the only surviving copy of the “T.E. Newsletter” collection, Tommy Edwards’s self-published weekly two-page recap of Cleveland radio and record news for music business insiders, spanning from 1953 through 1960. The wealth of information and dates contained in the newsletters are the photo collection’s indispensable companion piece, and Edwards’s anecdotal quips are interspersed throughout the text of the book.

1950s Radio in Color gives Tommy Edwards his due recognition as the deejay responsible for perhaps the most important photographic and written documentation of twentieth-century music ever produced. Featuring over 200 color photographs, this book will transport readers back in time, allowing them to step into Edwards’s shoes for a moment and to feel the wonder and excitement he must have felt every day while witnessing a cultural revolution.

Christopher Kennedy is a passionate music fan and an accomplished songwriter and musician, having released five albums with the band Ruth Ruth. He discovered this collection during his determined research into the long-lost rock ’n’ roll film, The Pied Piper of Cleveland, which is rumored to contain some of the earliest footage of Elvis Presley. He is still looking for the film.

Terry Stewart is President and CEO of the Rock and Roll Hall of Fame and Museum in Cleveland.