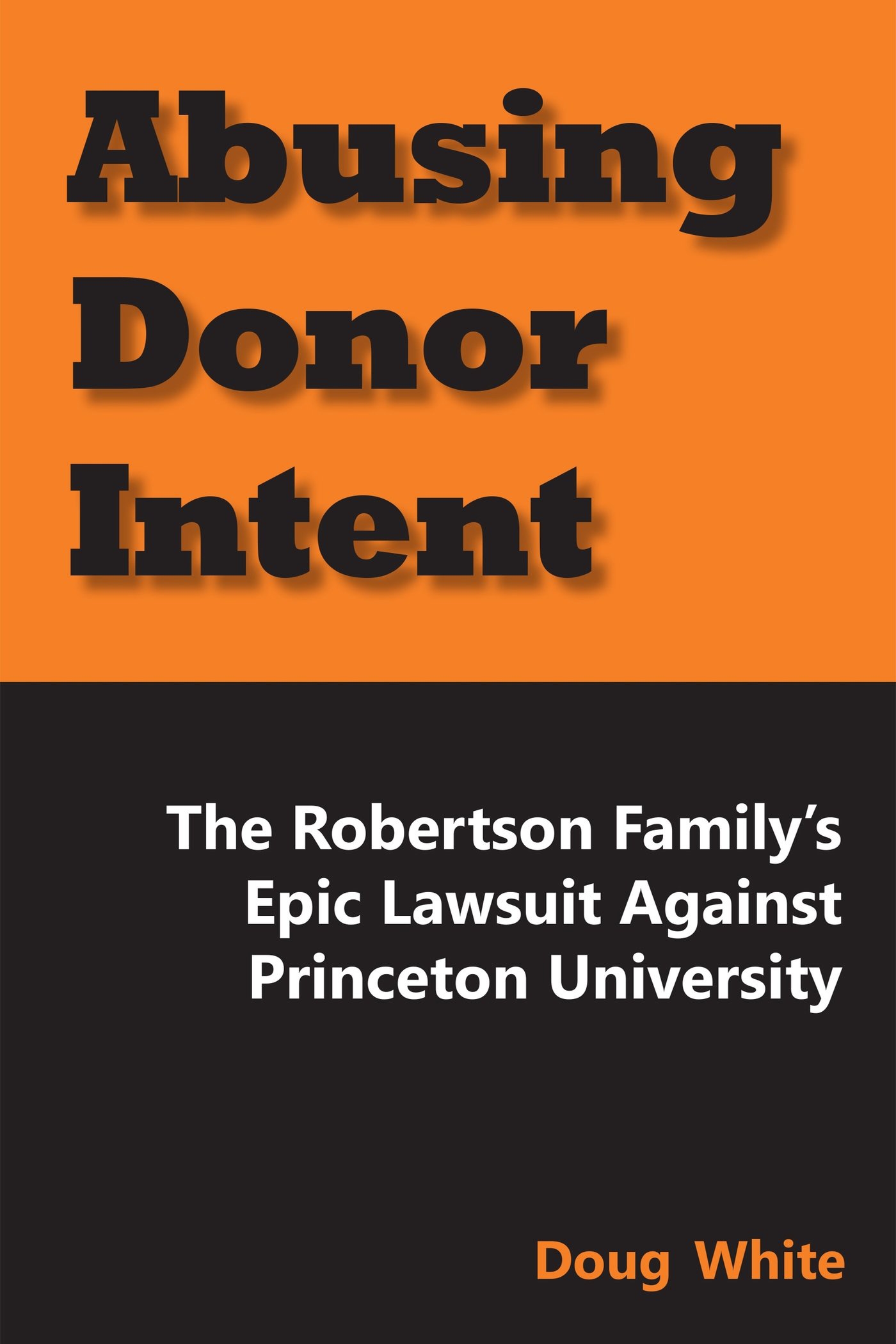 It was the largest one-time amount—$35 million—anyone had ever donated to benefit a university. The Robertsons were specific about the way the money was to be used. It was intended to help Princeton’s Woodrow Wilson School of Public and International Affairs focus on sending its graduates into those areas of the federal government concerned with international relations. “But the university,” the son says, “was ignoring my parents’ intentions.” Furthermore, Princeton’s administrators were “harming the country.” That’s not, as you might imagine, the way Princeton saw it—or sees it today.How much control over a gift does a donor have after the gift is given? How accountable is a non-profit recipient for the use of the gift?“Robertson v. Princeton may be the most important case higher education has faced over the question of honoring the wishes of the donor.” Wall Street Journal“Doug White’s careful and fair study of the seminal Robertson Foundation endowment litigation against Princeton University should be read by all donors and donees. As a former head of the New York State Law Department’s Charities Bureau, I know donors have to have both courage and resources to enforce their rights, especially against iconic donees. Fortunately, the Robertsons had both.” Bill Josephson, Former head of the Charities Bureau, New York State Attorney General’s officeThis book is based on extensive research and interviews with leading attorneys Victoria Bjorklund and Douglas Eakeley (Princeton) and Ron Malone and Seth Lapidow (Robertson family), experts for both sides, representatives of other major nonprofits, philanthropists, and high-profile public figures including George H.W. Bush, Brent Scowcroft, Chuck Robb, and Paul Volcker.

Doug White is an expert with over 30 years of experience in the field of philanthropy. He currently teaches in the Master’s program for fundraising at Columbia University and is the former academic director of the philanthropy center at New York University. He is the author of The Nonprofit Challenge, Charity on Trial, and The Art of Planned Giving.