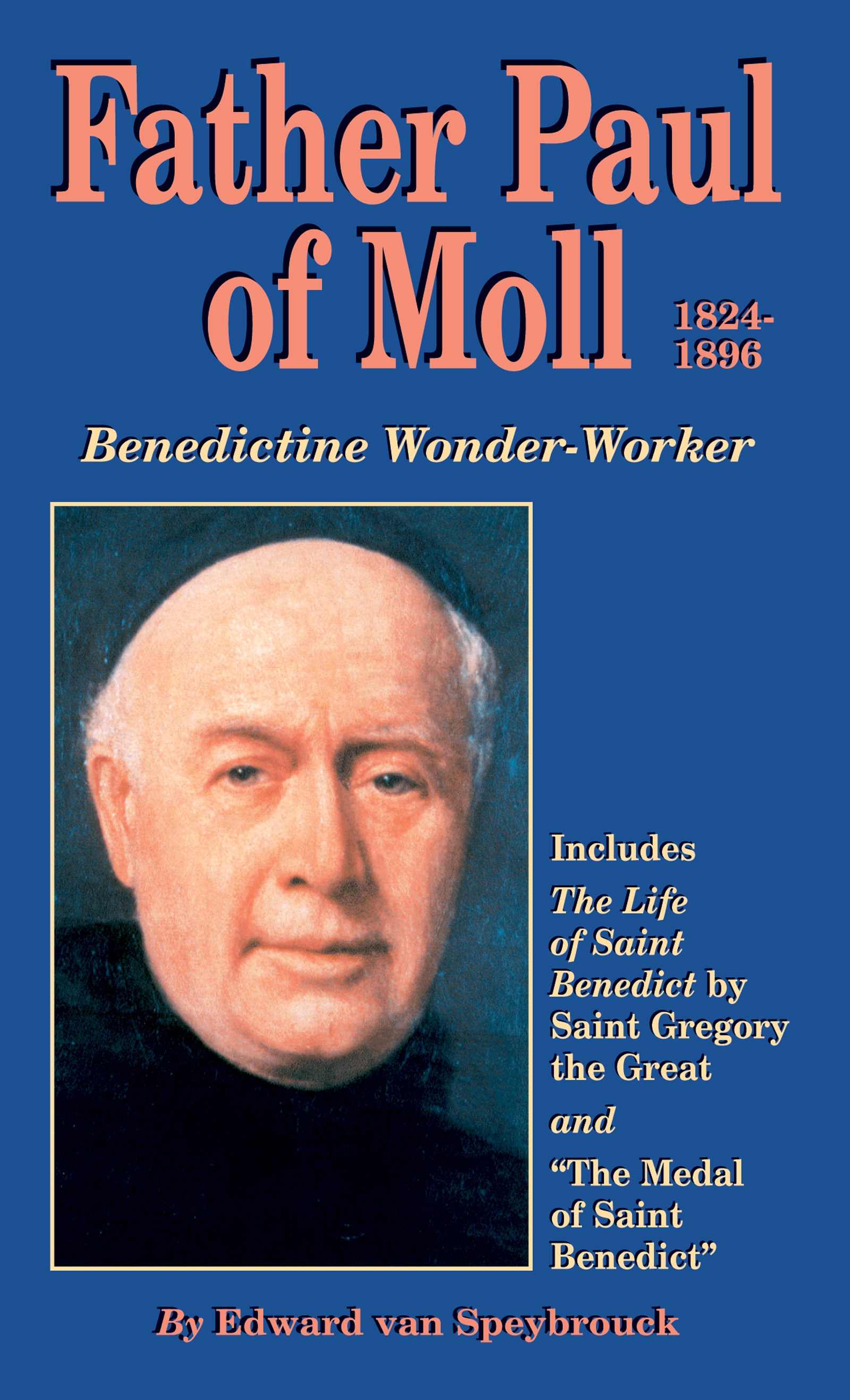 Fr. Paul of Moll was a Benedictine monk in Flanders, where he developed a wide reputation for sanctity. Not only did he work miracles, but his prayers for friends and petitioners were remarkably effective, and he made numerous predictions which came true. His knowledge of heavenly topics seems almost angelic, and for this reason his friends recorded many of his sayings.FR PAUL OF MOLL: BENEDICTINE WONDER-WORKER contains a brief sketch of his life, a large number of his wonders, some of his letters, and a long list of his holy sayings, which alone are worth the price of the book. Further, it contains Pope St. Gregory the Great's short biography of St. Benedict, to whom Fr. Paul of Moll was especially devoted and whom he particularly fostered as a most powerful patron saint. Also included is an explanation of the St. Benedict medal, the most indulgenced medal in the Church, and one whose use Fr. Paul especially advocated. Fr. Paul of Moll is undoubtedly and extraordinary saint. He was often beset by the devils, regularly used the discipline on himself, and had numerous apparitions of Our Lord, Our Lady, the Saints and the Poor Souls in Purgatory. The faithful flocked to him for prayers and advice. And three years after his death, his body was found in a state of incorruption.

Edward van Speybrouck originally compiled his book with various information on the Very Reverend Father Paul of Moll, O.S.B., in 1910. Father Paul of Moll: Benedictine Wonder-Worker received the Imprimatur and Nihil Obstat during the same year in St. Joseph, Missouri. Pope Leo XIII expressed his pleasure upon reading it in a letter sent to the author from Cardinal Rampolla in 1901, prior to its publication. Edward van Speybrouck's successful work received various other letters of high praise from priests and cardinals of the time as well.