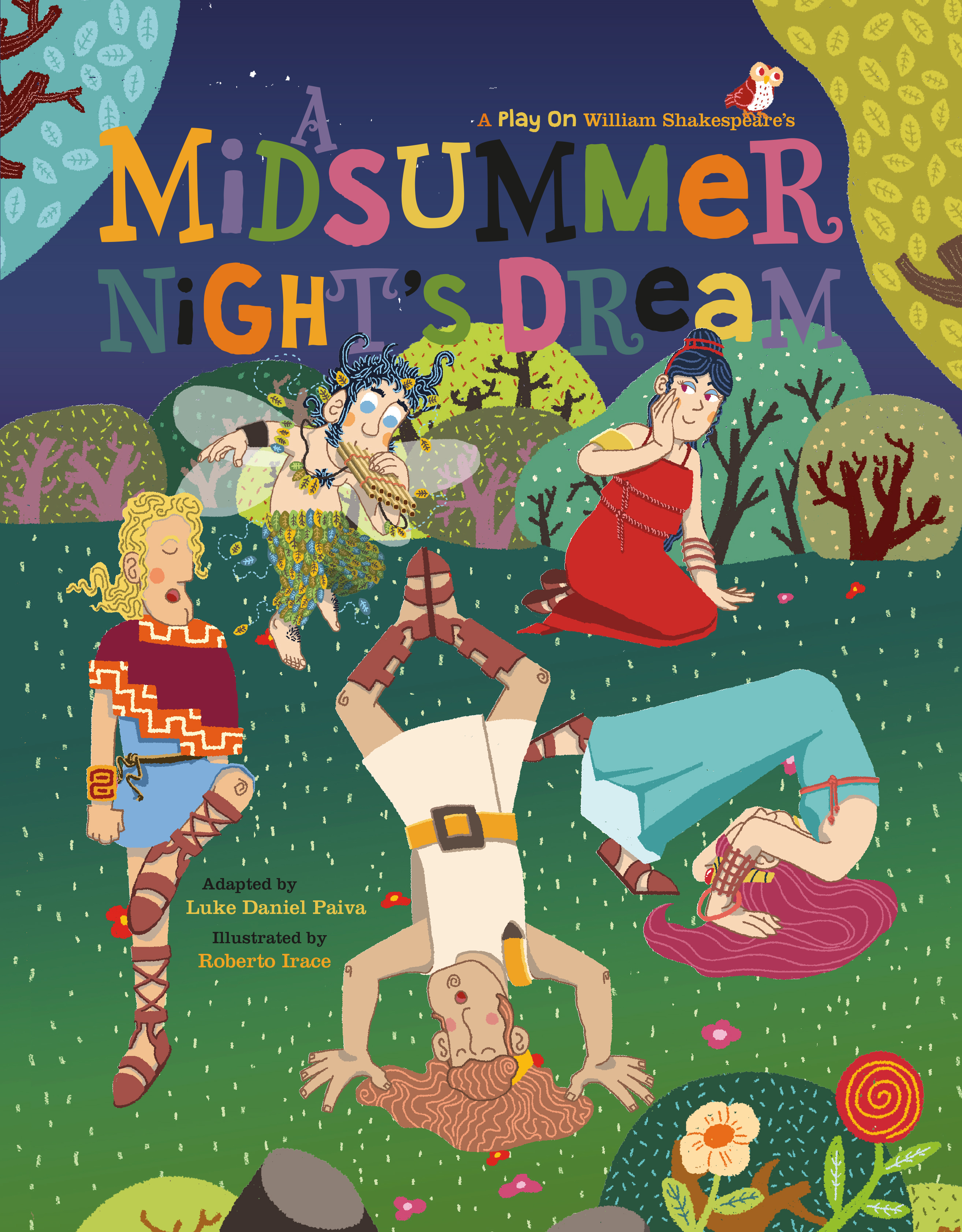 Play on Shakespeare is a delightful introduction to some of the characters, themes, and literary devices that make Shakespeare so well-loved. The beautiful illustrations bring the play to life and the color-coded text highlights and defines literature elements in the story, both contributing to a rich, multi-layered experience. Come along as four young adventurers go exploring a magical meadow, only to find out there is more mischief afoot in this Fairy Wood than they might have expected. Hilarious mayhem abounds in this introduction to Shakespeare's classic comedy, "A Midsummer Night's Dream."

Luke Daniel Paiva, M. Ed., is a teacher who lives in Franklin, TN, with his wife and two small boys. His favorite things about Shakespeare are his clever observations about people and ability to subtly (or not so subtly) mix it with humor.

Roberto Irace was born in Naples just in time to see the first man on the moon. He grew up reading, drawing, playing with building blocks, and scraping his knees (a lot). He now lives under a volcano in front of the sea with his love and their beautiful cat, and has a little one who also loves to read, and play with building blocks.